SEOUL, July 20 (Yonhap) -- President Moon Jae-in said Monday it is "very inappropriate" for the main opposition party to accuse his nominee to head the National Intelligence Service (NIS) of "colluding" with North Korea, according to the presidential office Cheong Wa Dae.

It was highly unusual for the president to publicly express his critical view of the United Future Party's (UFP) political attack on a specific figure.

It came a day after Joo Ho-young, floor leader of the conservative party, asked openly whether Park Jie-won, a former lawmaker, is qualified to lead the state spy agency, given his "close ties with the enemy."

Joo was apparently taking issue with Park's long history of engaging North Korea, including his pivotal role behind the historic 2000 summit between then-President Kim Dae-jung of South Korea and North Korea's leader Kim Jong-il. Park is known for his relatively high level of understanding and expertise on the communist nation.

That's apparently a reason that Moon picked him as the chief of the NIS earlier this month in hopes of his contributing to efforts for a breakthrough in long-frosty inter-Korean relations.

Joon went on to say that it was wrong for the president to have chosen Park, who is "colluding" with Pyongyang, for the job in charge of the agency tasked with "tracing the enemy and figuring it out in a calm manner."

"How could even the opposition party say something like that?" Moon was quoted as adding. 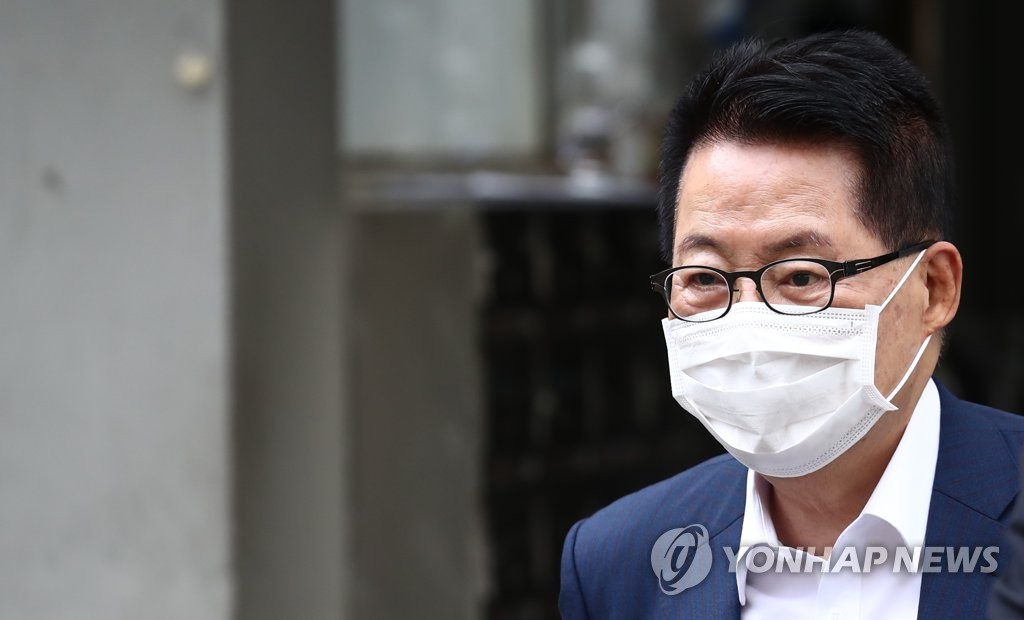 In his own statement earlier, Park said it's a very "insulting" comment and a groundless ideological attack.

"There's a line (not to cross) even in a political offensive," Park said, urging "some of the UFP lawmakers to prevent the recurrence of such an incident."