Lee, a four-term lawmaker, made the remarks during a meeting with reporters in central Seoul, adding that "small-scale trade" with the North especially in humanitarian areas could be a way to overcome restraints posed by global sanctions in expanding cross-border exchange and cooperation.

"My opinion has been that there should be separation between solutions that need to be found through the working group and things that we can do on our own," Lee said. "For example, humanitarian areas related to eating, suffering and things that people want to see before they die can be pursued on our own without consultations through the working group."

Lee apparently referred to the possibility of the provision of food and medication to the North and reunions of families separated by the 1950-53 Korean War.

South Korea and the U.S. launched the working group in November 2018 to coordinate their approaches on the North's denuclearization, humanitarian aid, sanctions enforcement and inter-Korean relations.

Lee said that "bulk cash" that could be channeled to North Korea's nuclear and missile development programs has been a major issue when it comes to applying sanctions against the North, adding that "small-scale trade" could be a "creative" way to get over such restrictions in expanding inter-Korean exchange.

"I hope to seek small-scale trade (with the North) in humanitarian areas related to eating, suffering and things people want to see before they die," he said. "For example, water from Mount Paekdu and liquor from the Taedong River can be exchanged with our rice and medication through item-to-item trade." 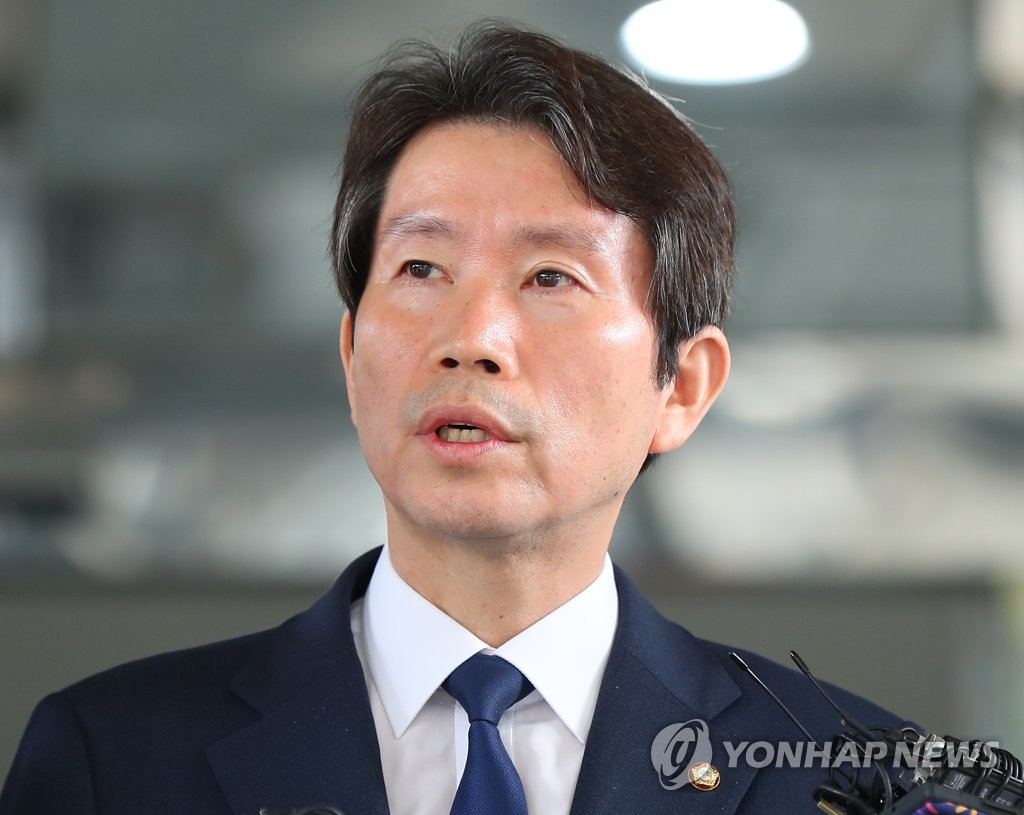 "Once such small-scale trade starts, I hope that it could develop into larger-scale trade going forward," he added.

Lee said that cooperation with the North in the humanitarian area, along with the resumption of stalled inter-Korean talks, will be conducive to building mutual trust, which is necessary for the two Koreas to talk about the implementation of agreements made through talks and summits again.

With regard to the possibility of individual trips to North Korea as a way to improve inter-Korean relations without violating sanctions on Pyongyang, Lee expressed hope that such tours could be available first to older people who want to see their separated families in the North.

"I hope that such tours can be started first at Mount Kumgang (in the North). Otherwise, I would like to propose the tours at (the truce village of) Panmunjom in small numbers," he said.

As for summertime joint military drills with the U.S., the nominee said that he "personally" wants the exercises to be postponed.

The North also cut off all cross-border communication lines and threatened to take more retaliatory steps, but leader Kim Jong-un later called off military action against the South.

Lee must go through a parliamentary confirmation hearing slated for Thursday. But it is considered largely a formality as the National Assembly can only express its views on the nomination without the power to reject it.