Under the agreement, Daewoo Shipbuilding will push for a study to develop smartships suitable for digitized ports with the port authority over the next three years in order to dominate the future autonomous ship market, the shipbuilder said in an e-mailed statement.

Port of Rotterdam has been widely known as the world's best digitized port, Daewoo Shipbuilding said.

Daewoo Shipbuilding's latest deal is the second of its kind since July 8 when it signed a deal with Busan Port Authority, the shipbuilder said. 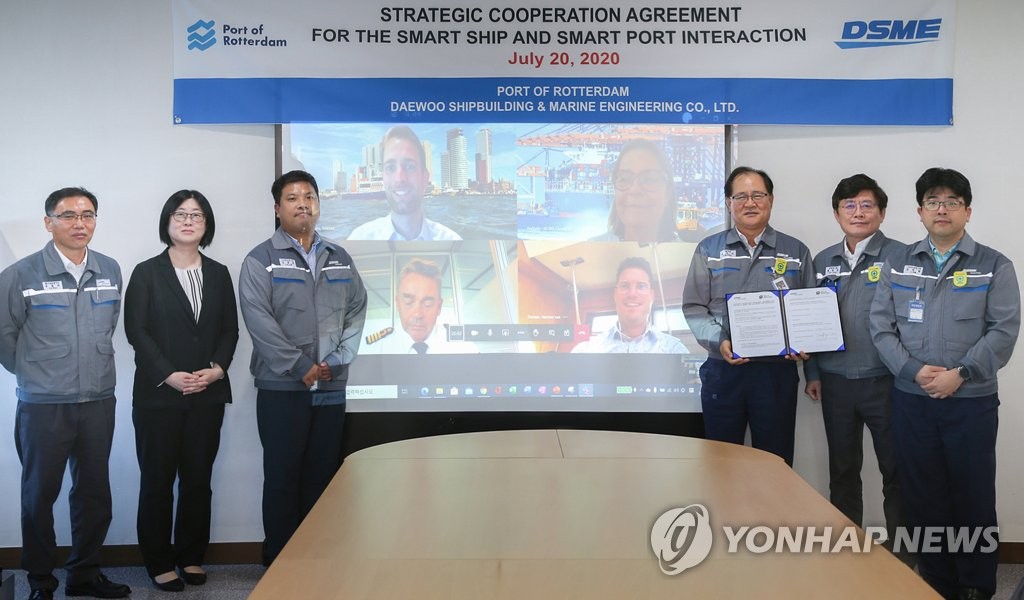