SEOUL, July 21 (Yonhap) -- Apartment prices in Seoul have risen the most during President Moon Jae-in's term compared with previous administrations, a report by a civic group showed Tuesday.

The average price of 82.6-square-meter apartment flats in the capital rose by 450 million won (US$375,438) on average during the first three years of the Moon administration, the highest in nearly 30 years, according to the report by Citizens' Coalition for Economic Justice.

The civic group said it analyzed the price fluctuation of some 80,000 flats in 34 apartment complexes -- including 18 in the affluent southern area of Seoul -- by comparing the price at the beginning and end of a president's term. The earliest data includes home prices from 1993 when liberal President Kim Young-sam took the post.

By contrast, home prices fell by 10 million won during President Lee Myung-bak's term from 2008 to 2013, according to the data.

By growth rate, the increase during Roh's term was the steepest at 94 percent, followed by 53 percent in the first three years of Moon's term.

By area, the data showed that the gap between houses in the four southern Seoul wards of Gangnam, Seocho, Songpa and Gangdong and other Seoul wards widened during the past 28 years.

Houses in the four wards were roughly 9 million won more expensive than houses in other wards in 1993, but this widened by more than 100 times to a gap of 923 million won this year.

"The 22 rounds of property measures announced during Moon's administration tightened regulations such as reducing and banning loans for individuals and increased taxes while giving benefits to chaebols, state-run companies, builders and speculators," it said. 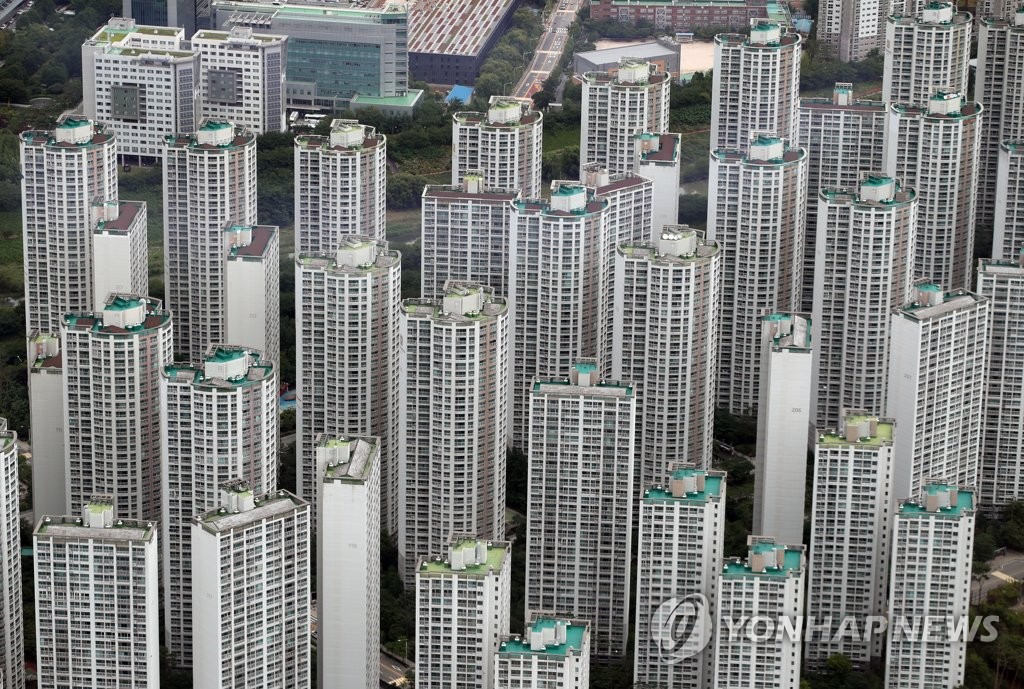 Seoul home prices have surged most during Moon's term: report

Seoul home prices have surged most during Moon's term: report