SEOUL, July 21 (Yonhap) -- The foreign ministry called in Iran's top envoy in South Korea on Tuesday to lodge a protest over Tehran's reported threat to take a legal step against Seoul over the freeze last year of the country's assets in line with U.S. sanctions.

Koh Kyung-sok, director-general in charge of African and Middle Eastern affairs, voiced regrets to Iranian Ambassador Saeed Badamchi Shabestari, as Tehran's foreign ministry spokesperson has told Iranian media that the case could be referred to the International Court of Justice unless the assets are released.

"The official in charge called in the ambassador and expressed regrets over the inappropriate remarks," Kim In-chul, the ministry's spokesperson, told a regular press briefing.

"The Iranian side called for understanding and stressed that it was not the official position of the Iranian government," he added. 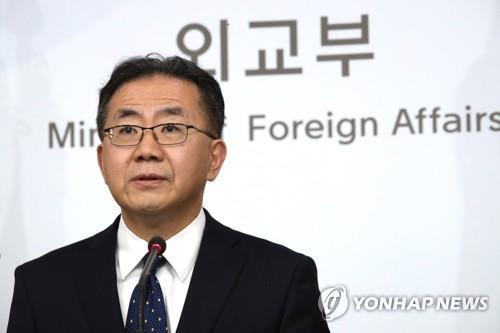 Iran's assets at two Korean bank accounts -- known to be worth up to US$7 billion in total -- have been frozen since September last year when Washington's sanctions waiver for South Korea's imports of Iranian oil expired.

Due to the economic challenges caused by crippling sanctions and the fallout of the new coronavirus, Iran has been stepping up calls for South Korea to unlock the frozen assets at the bank accounts.

In recent months, Seoul has been pushing to resume the trade of humanitarian goods, such as medicine and medical equipment to help Iran fight the COVID-19 pandemic and maintain the trade partnership.

In late May, South Korea shipped to Iran US$500,000 worth of medicine used to treat a hereditary disease, in the first such humanitarian exports to the country since last year.