SEOUL, July 21 (Yonhap) -- A full-blown investigation into the alleged sexual harassment by late Seoul Mayor Park Won-soon is not possible for obvious reasons, but efforts to find some truth behind the accusations can be made through probes into other related cases, police said Tuesday.

"We cannot directly investigate the (sex harassment) case," an official from the Seoul Metropolitan Police Agency told reporters on condition of anonymity. He said, however, that he believes it would be possible for the police to look into the case through many other ways should there be "reasonable need for a forcible investigation" into those who might have aided and abetted the alleged sexual misconduct by the late mayor.

Police were mulling seeking a search and seizure warrant against officials at the Seoul metropolitan government to investigate the claims, if necessary, the official said.

The mayor was found dead on a hillside in Seoul in the early hours of July 10 in an apparent suicide, less than two days after one of his former secretaries filed a sexual abuse complaint against him.

Separately, the officer said the police have already secured online materials and hard disks to find out who created and circulated a copy of the purported complaint.

The police were also looking into the suspected information leakage regarding the complaint. 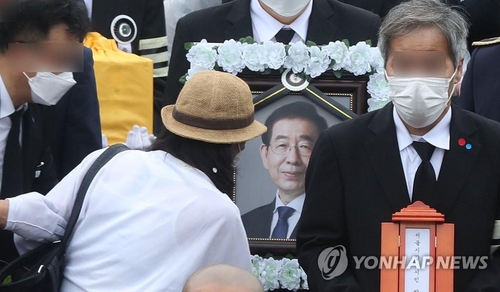 The police have started calling in Seoul city officials to find out if there was neglect or dereliction of duty on their side.

On Monday, Im Soon-young, the late mayor's special gender adviser, was put under police scrutiny for five hours. A key witness in the case, she is said to have asked Park if he was involved in a "disgraceful" incident at around 3 p.m. on July 8 before the complaint was filed against him, indicating she might have known about her boss's alleged sexual misconduct even before the accuser brought the case to the police.

Meanwhile, the police officer strongly denied the accusation that the police tipped the mayor about the complaint.

"It is implausible that investigators leaked their investigation information outside (the team)," he said.

The official reiterated the police's consistent position on the leakage allegation, which was reinforced Monday by Kim Chang-ryong, nominee for commissioner general of the National Police Agency, during his confirmation hearing at the National Assembly. Kim stressed that there have been no circumstances where information was leaked from the police and that he will take responsibility if police are found to have leaked information.

The police will soon begin a forensic analysis of the mayor's cell phone found near his body, a crucial process to assess the hours leading up to his death.

Civic groups representing the victim said they will hold a press conference at 11 a.m. Wednesday following their first one held last week. They are expected to present their stance on the ongoing probe and other issues. 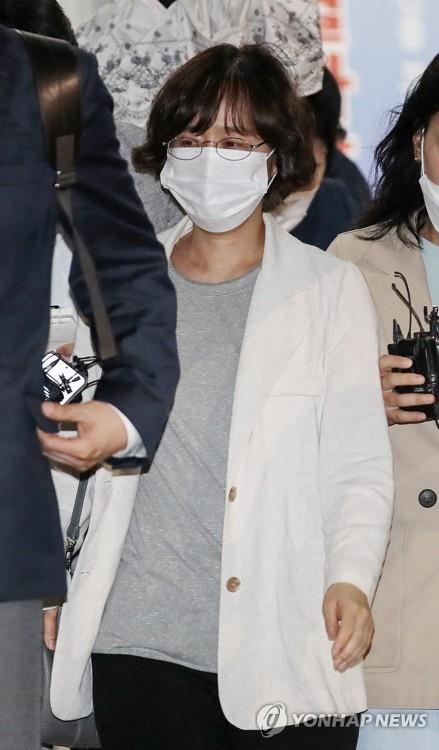