SEOUL, July 21 (Yonhap) -- As a former pitcher who flamed out early in his career because of injuries, the Kiwoom Heroes' manager Son Hyuk often agonizes over the workload of his relievers.

In a tight game especially, Son says he keeps asking himself if he should use a reliever for a third straight day or go for another option, even if it means risking blowing a lead. 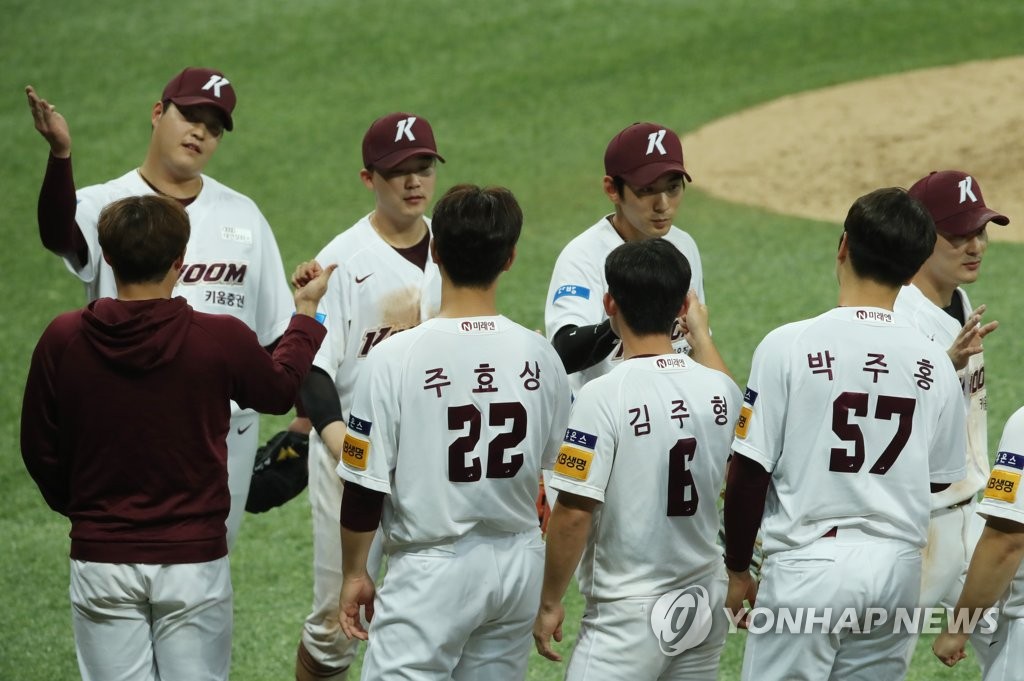 "Obviously, I am trying to win, but at the same time, I have to protect these pitchers," Son said Tuesday, before the start of a key three-game set against the Doosan Bears at Jamsil Baseball Stadium in Seoul. "The best-case scenario is for us to win some games while also preserving arms."

Son was second-guessed about his bullpen usage from last weekend's series against the SK Wyverns. Closer Cho Sang-woo pitched Friday and Saturday and was held out of Sunday's game, as the Wyverns scored four runs in the bottom eighth for a 4-3 victory. Setup man An Woo-jin was charged with all four runs, with Cho watching from the dugout.

Asked if he should have used Cho for a third straight game, Son said he didn't think the right-hander would have been sharp, anyway.

"His pitch count in the second game (23) was a bit too high for us to consider using him for a third straight day," Son said. "If we had used Cho Sang-woo and won Sunday, maybe it wouldn't have taken him that long to recover. But if Cho had pitched and we still lost, then the physical and psychological damage from that would have been far more serious."

Son, who was done as a pitcher at 31 and only made 26 appearances over his final four seasons combined, said he didn't want his pitchers to go through what he did. 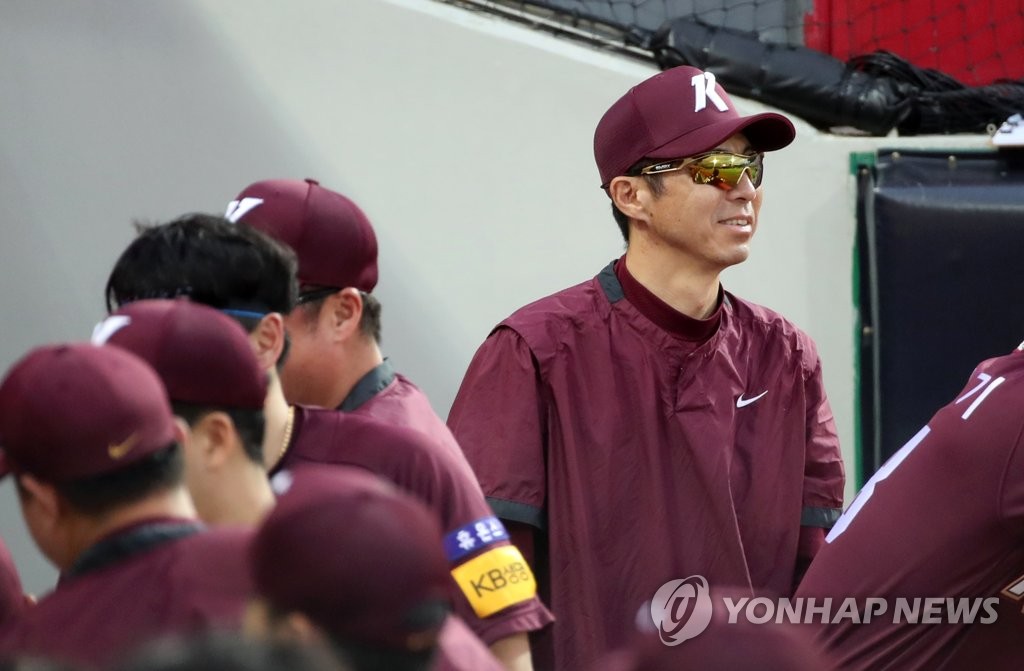 "I realized (after retiring) that it's always best to stay in the game as long as possible. If you've played baseball your whole life and you're out of uniform, you're a nobody," Son said. "And it's also good for baseball fans to be able to watch talented pitchers for many years."

Son said he has been in constant communication with team trainers about pitchers' conditioning and how quickly or slowly they recover after each outing. Together, they try to make sure that a reliever who throws four times in a week will not go more than three games the following week.

"I think it's best for relievers to pitch for two days, rest for two days, and then go two more days," he said. "If you pitch three straight days, that third day will always be difficult. But over the course of a season, you just can't predict when you may need that same guy who's thrown the past two days. There really is no right answer."