WASHINGTON, July 21 (Yonhap) -- U.S. Defense Secretary Mark Esper said Tuesday he has issued no orders to withdraw troops from South Korea but continues to look at adjustments to deployments worldwide.

Esper's remark follows a news report that the Pentagon presented the White House with options to reduce troop levels in South Korea in March.

Speculation of a possible drawdown has increased as the U.S. has demanded South Korea pay significantly more to keep the 28,500 troops stationed there.

"I've issued no orders to withdraw forces from the Korean Peninsula," Esper said during a virtual event hosted by the International Institute for Strategic Studies.

"We will continue to look at adjustments at every command we have in every theater to make sure we are optimizing our forces," he added, saying he wants to continue to pursue more rotational force deployments that would give the U.S. "greater strategic flexibility" in responding to global challenges. 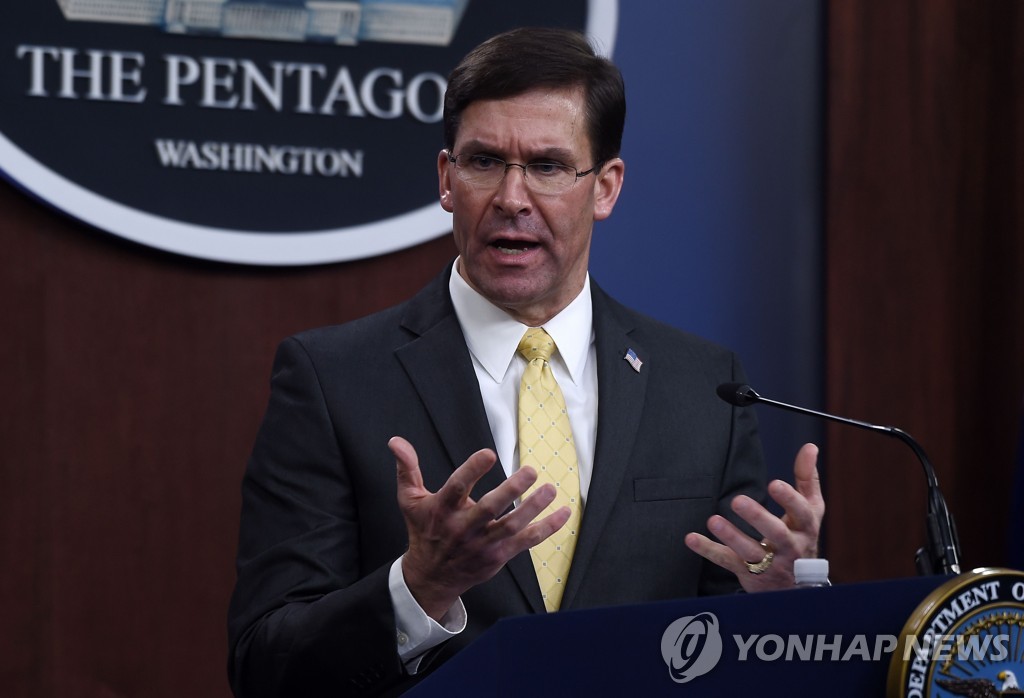 (LEAD) Esper says he has issued no orders to withdraw forces from S. Korea

(LEAD) Esper says he has issued no orders to withdraw forces from S. Korea