SEOUL, July 21 (Yonhap) -- As pitching styles go, they can hardly be any more different. And both Raul Alcantara and Eric Jokisch were excellent over the first five innings for their respective Korea Baseball Organization (KBO) clubs Tuesday, with the former ultimately prevailing thanks to dominant stuff and abundance of run support.

Alcantara and the Doosan Bears beat up on Jokisch and the Kiwoom Heroes 6-1 at Jamsil Baseball Stadium in Seoul. Alcantara tossed seven shutout innings, striking out eight and walking none while allowing only five singles. He won his league-leading 10th game of 2020. 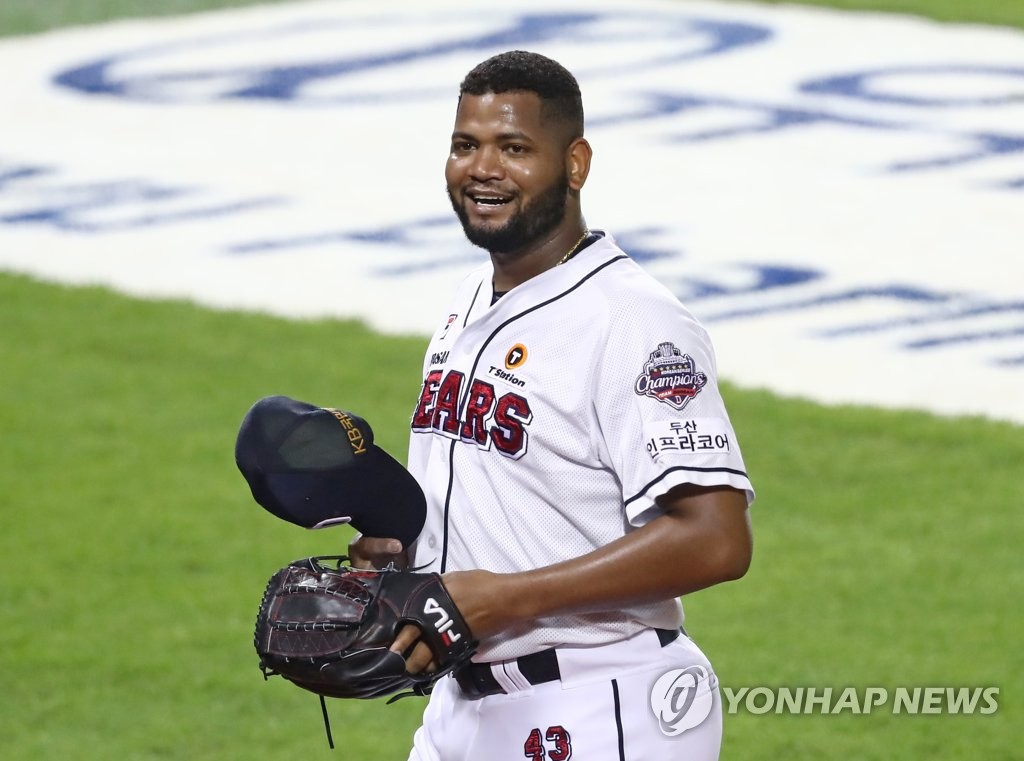 Jokisch held the Bears to just one single through five frames, but then the Bears woke up in the bottom sixth and roughed up the left-hander for five hits -- two singles, a double, a triple and a home run -- and five runs. Reliever Jo Seong-woon let an inherited runner to score, and Jokisch was charged with his season-worst six earned runs.

This is a series between No. 2 and No. 3 teams in the league, with the Bears holding a one-game lead over the Heroes in second place prior to Tuesday. The opening pitching matchup was expected to be a dandy, pitting the league's hardest thrower in Alcantara, averaging 152.1 kilometers per hour (94.5 miles per hour) with his fastball, against the prototypical crafty lefty in Jokisch.

The first five frames were a breeze, with both pitchers dealing and neither lineup able to generate much of anything.

Alcantara pitched around a leadoff single by Seo Geon-chang in the top first, ending the inning with Lee Jung-hoo striking out and Seo getting thrown out trying to steal second

It was mostly smooth sailing from there for Alcantara, who needed just nine pitches to retire the side in order in the second. A two-out single in the third went for naught for the Heroes in the third, and Alcantara had clean fourth and fifth. 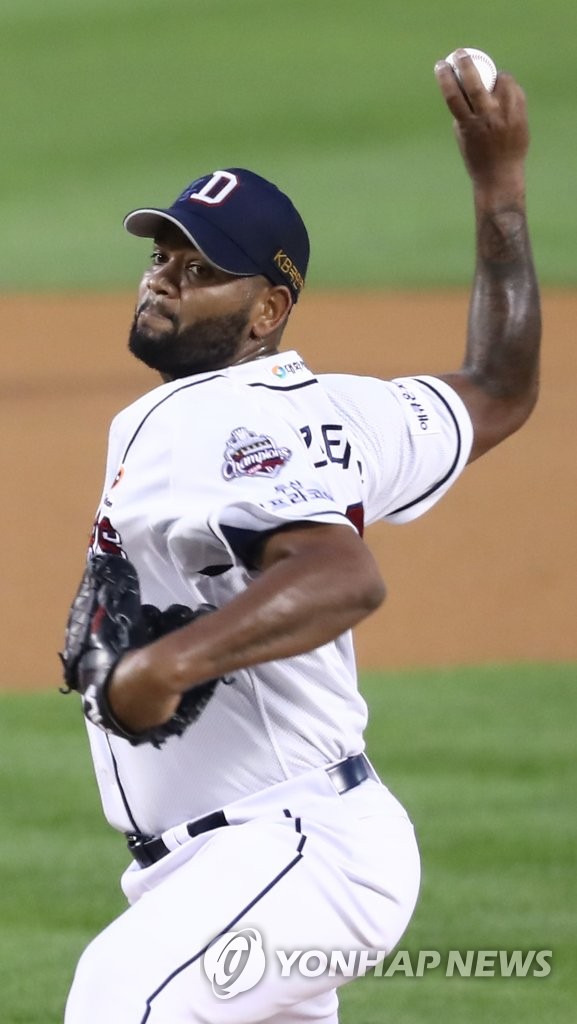 He got into a bit of a jam with two outs in the sixth, as consecutive singles put runners at the corners. It was the first time all game that either team had a man in scoring position.

Alcantara escaped unscathed by getting Lee Jung-hoo to fly out to center.

The Bears then went off for six runs in the bottom sixth, and that was all Alcantara needed.

He gave up an infield single in the seventh when he failed to cover first base in time on a grounder. The bullpen took over from there.

Alcantara said afterward he knew the magnitude of the matchup against Joksich, but he tried not to get caught up in his individual battle.

"I tried not to worry about making mistakes and just focused on giving my team a chance to win," the Dominican pitcher said through an interpreter. "The lineup gave me a lot of run support, and I was able to command all of my pitches, especially my forkball."

The right-hander credited his improving forkball for putting him on such an impressive run this month.

"It's an extra pitch that hitters have to worry about (other than my fastball)," Alcantara said. "It's obviously important to throw it well, but it works to my advantage if I can keep the hitters on their toes with that new weapon."

With the Bears' other import pitcher, Chris Flexen, out with a broken foot, Alcantara has to keep carrying the load at the top of the rotation. Alcantara said Flexen's absence hasn't changed his approach.

"I don't put any extra pressure on myself just because Chris is missing," he said. "I always take the mound with a strong sense of responsibility. And I have faith in our other starters that they will pick up the slack." 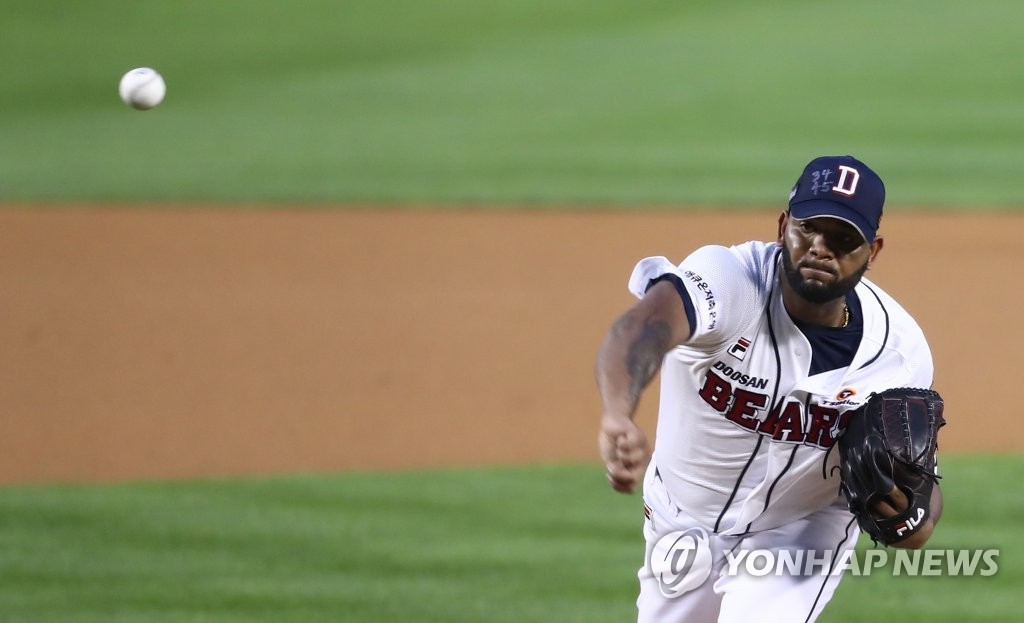