SEOUL, July 22 (Yonhap) -- South Korea's spending on chipmaking equipment is likely to be the third largest of any country this year, industry data showed Wednesday, amid solid global chip demand sparked by the pandemic-driven stay-at-home economy.

South Korea, home to major memory chip producers Samsung Electronics Co. and SK hynix Inc., is estimated to invest US$12.3 billion in chipmaking equipment this year, according to a report from SEMI, a global industry association representing companies in the electronics design and manufacturing supply chain.

China was estimated to be the top spender on chipmaking equipment with $17.3 billion with its robust investments in the foundry and memory sectors, followed by Taiwan, home to the world's No. 1 foundry maker Taiwan Semiconductor Manufacturing Company (TSMC), with $14.5 billion, according to SEMI.

In March, SEMI predicted that South Korea would be the second-biggest investor after Taiwan in 2020, but it revised the forecast in the latest report. 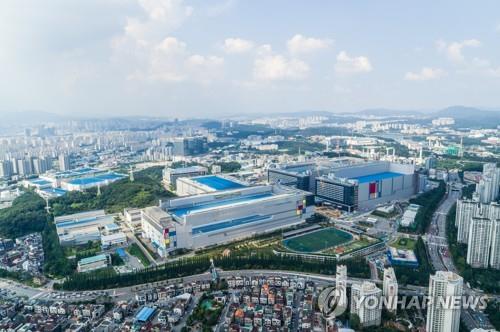 By segment, SEMI predicted that spending in wafer fab equipment is expected to rise 5 percent this year. The assembly and packaging equipment segment is projected to grow 10 percent, while the semiconductor test equipment market is expected to increase 13 percent in 2020, it added.

For 2021, SEMI said that global fab equipment spending is estimated to reach a record $70 billion, with China remaining as the top investor at $16.6 billion.

South Korea is projected to share the second spot with Taiwan in equipment investment in 2021 at $15.9 billion.