SEOUL, July 22 (Yonhap) -- South Korea's new daily virus cases rebounded to over 60 on Wednesday due to a rise in locally transmitted infections and imported cases, with the greater Seoul seeing a sharp increase in virus cases tied to a nursing home and a front-line military unit.

The country identified 63 new cases, raising the total caseload to 13,879, according to the Korea Centers for Disease Control and Prevention (KCDC). Of the newly added cases, 29 were local infections.

New virus cases spiked to 45 on Tuesday after falling below the threshold of 30 for the first time in more than three weeks on Monday, due mainly to an uptick in the number of local infections led by a nursing home in Seoul.

Of the locally transmitted cases reported Wednesday, 16 were from Seoul. 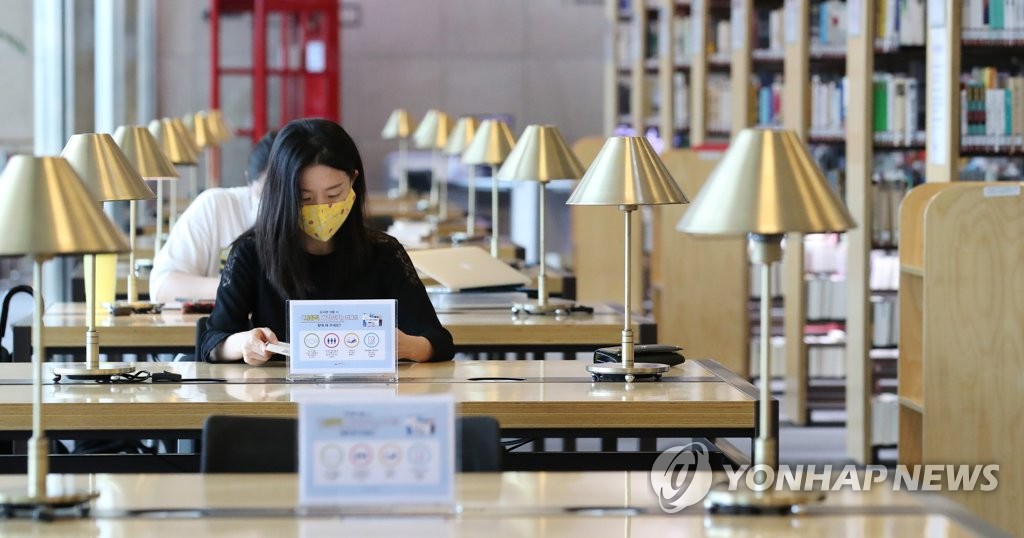 Cheongdam Middle School in southern Seoul came under scrutiny after one of its cafeteria workers tested positive.

The school decided to move classes online, and a total of 188 students and teachers were directed to take COVID-19 tests.

An Army unit near the inter-Korean border reported a cluster infection. Fourteen soldiers have been confirmed to be infected with COVID-19 so far, according to military officials. Not all of them were included in the daily tally.

South Korea said it has carried out COVID-19 tests on nearly 47,000 military recruits since May 18, but only one solider has tested positive for the virus so far.

Imported cases continued to increase, rising by double-digit figures for 27 consecutive days. Related cases may further rise down the road as the country plans to bring home nationals from the virus-hit Iraq.

The country plans to bring 290 South Korean nationals from the Middle East nation on Friday by sending two chartered flights.

"To prevent the spread of the virus, we plan to separate seats among those with symptoms of COVID-19 and those with none," Vice Health Minister Kim Ganglip said during a regular briefing.

South Korea has been requesting foreign arrivals from six high-risk nations to hand in virus test results. They are still put under a two-week quarantine and go through separate COVID-19 tests. 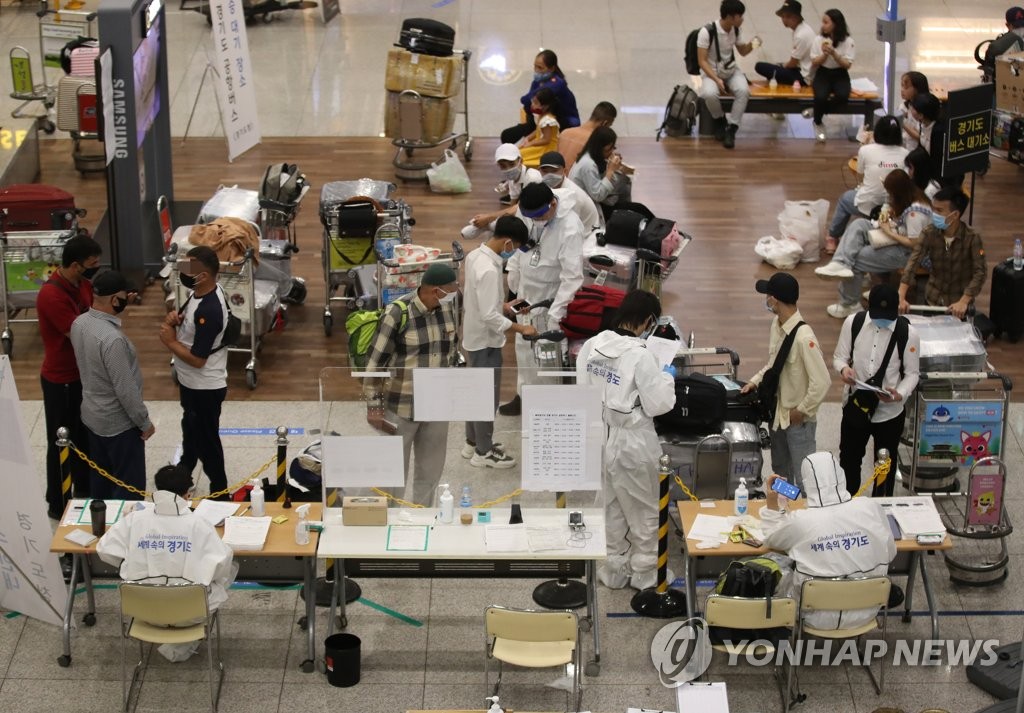 So far, eight arrivals from the countries later tested positive for the virus here despite handing in the proof. Health authorities, however, said it is not likely for such cases to lead to local infections.

Of the 34 imported cases reported Wednesday, 11 of them were from Uzbekistan, followed by the Philippines with seven cases and the United States with five.

Health authorities said another Russian sailor aboard a ship docked in the southeastern port city of Busan tested positive for COVID-19. Health authorities carried out tests on 22 people on board the ship on Tuesday.

Over the past month, South Korea has detected 43 virus cases from Russian ships docked in Busan.

In the latest efforts to normalize everyday lives of South Koreans, the country started to reopen public facilities, such as museums and libraries, in the greater Seoul area this week.

South Korea has never adopted a full nationwide lockdown, and instead opted to persuade its people to follow strict social distancing rules while minimizing disruptions to business activities. Limited restrictions have been implemented on vulnerable places, such as clubs and churches.

Starting Friday, local churches will also be allowed to hold gatherings other than regular worship services. Health authorities have banned organizing other prayer services and meetings since July 10 as a growing number of cases was tied to religious gatherings. 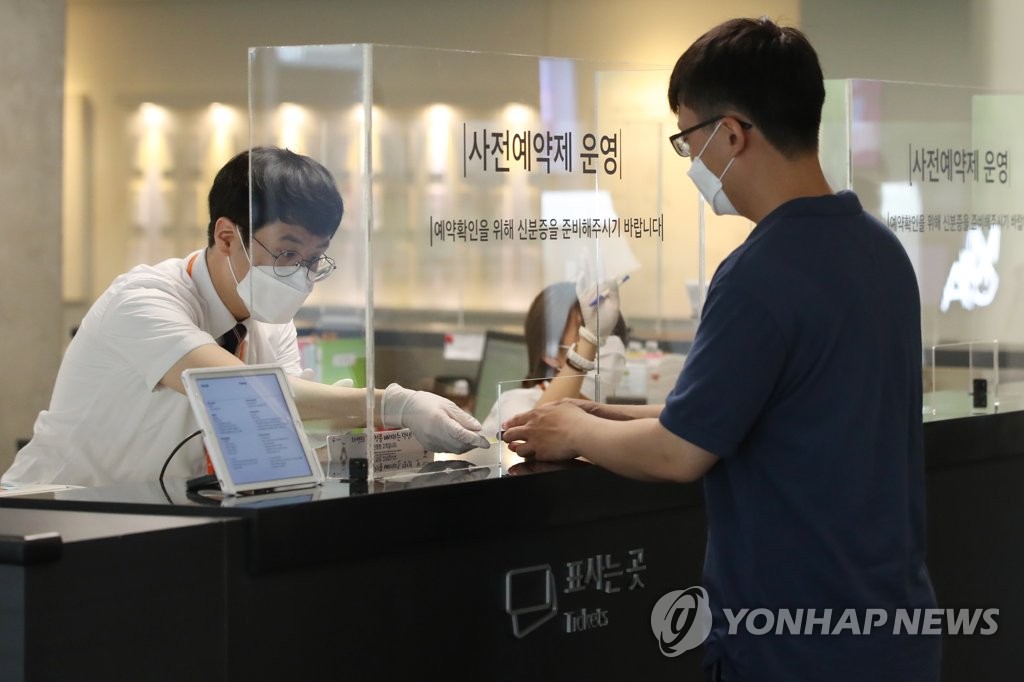 "South Korea will continue to experience ups and downs in the number of new COVID-19 cases down the road," Kim said. "We need to keep in mind that the country can suffer a massive outbreak as observed from (the nightlife district of) Itaewon in May anytime."

Local authorities, meanwhile, are on alert over the summer vacation season when more people are likely to make short trips home.

The country's death toll came to 297, up one the previous day, according to the KCDC. The fatality rate was 2.14 percent.

The number of patients being fully cured of the virus reached 12,698, up 55 from the previous day.