SEOUL, July 22 (Yonhap) -- Kiwoom Heroes' manager Son Hyuk is one of the most articulate skippers in South Korean baseball, and he often speaks with refreshing candor during his pregame media sessions, acknowledging his shortcomings as the first-year bench boss even as the Heroes remain in title contention.

It may often seem as though Son hasn't met a baseball subject he isn't keen to discuss, but there's one elephant in the room for him: the protracted slump of his cleanup hitter, Park Byung-ho.

"I am trying not to talk too much about Byung-ho. I know he's giving his best on the field every day," Son said Tuesday, before taking on the Doosan Bears at Jamsil Baseball Stadium in Seoul. "I don't want to put any more pressure on his shoulders." 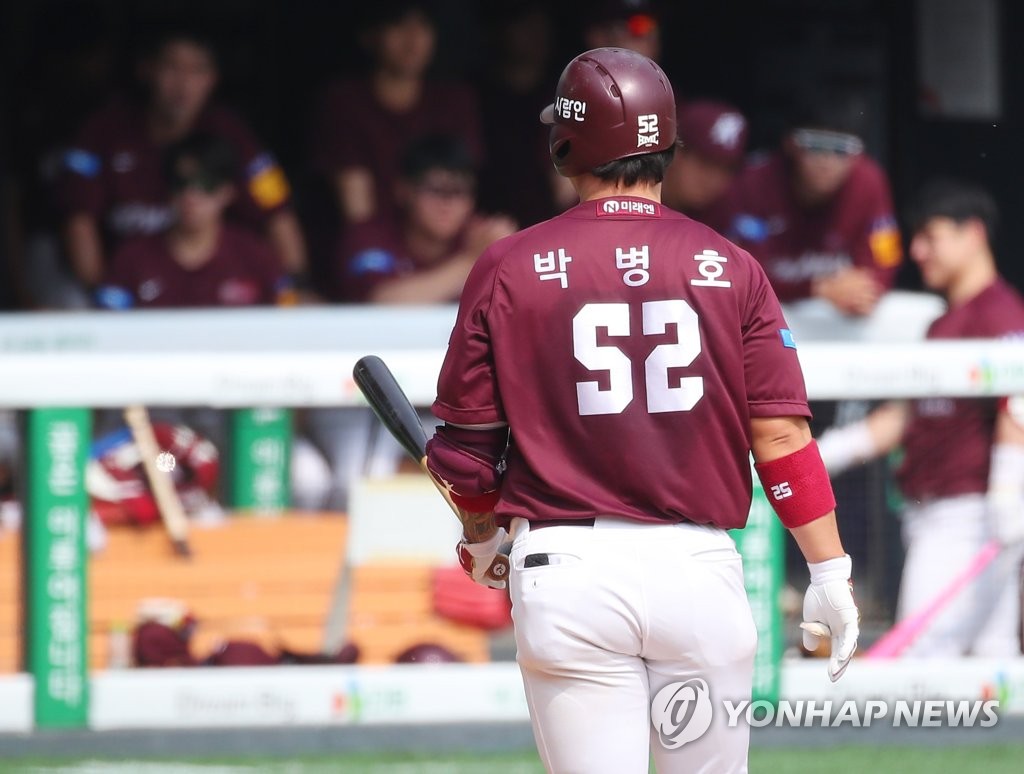 Son then caught himself and said, "But then, I've been batting him cleanup all season. That's probably putting pressure on him."

Park, who turned 34 earlier this month, may have reached the downhill of an outstanding career in 2020. The two-time MVP, with two 50-home run seasons to his name, does have 17 homers to lead the Heroes this year and to rank tied for third in the league. But he has turned into an all-or-nothing type hitter, no longer the complete package who could hit for high average, reach base 45 percent of the time, and slug at over .700 clip.

This year, Park is 54th among 55 qualified batters with a .229 batting average. Despite those 17 dingers, Park is slugging only .482, which would be the lowest since his first full season as an everyday player in 2012.

Park is tied for the KBO lead with 42 walks. But because he has also struck out a league-worst 83 times and is hitting for such a low average, his on-base percentage is just .359, which would also be his lowest since 2012.

And about those strikeouts: He went down swinging twice against the Bears' starter Raul Alcantara on Tuesday, and looked overmatched in the process. Park's strikeout rate of 30.7 percent -- meaning, he's striking out nearly a third of the time he steps into the box -- is by far his worst since 2012. 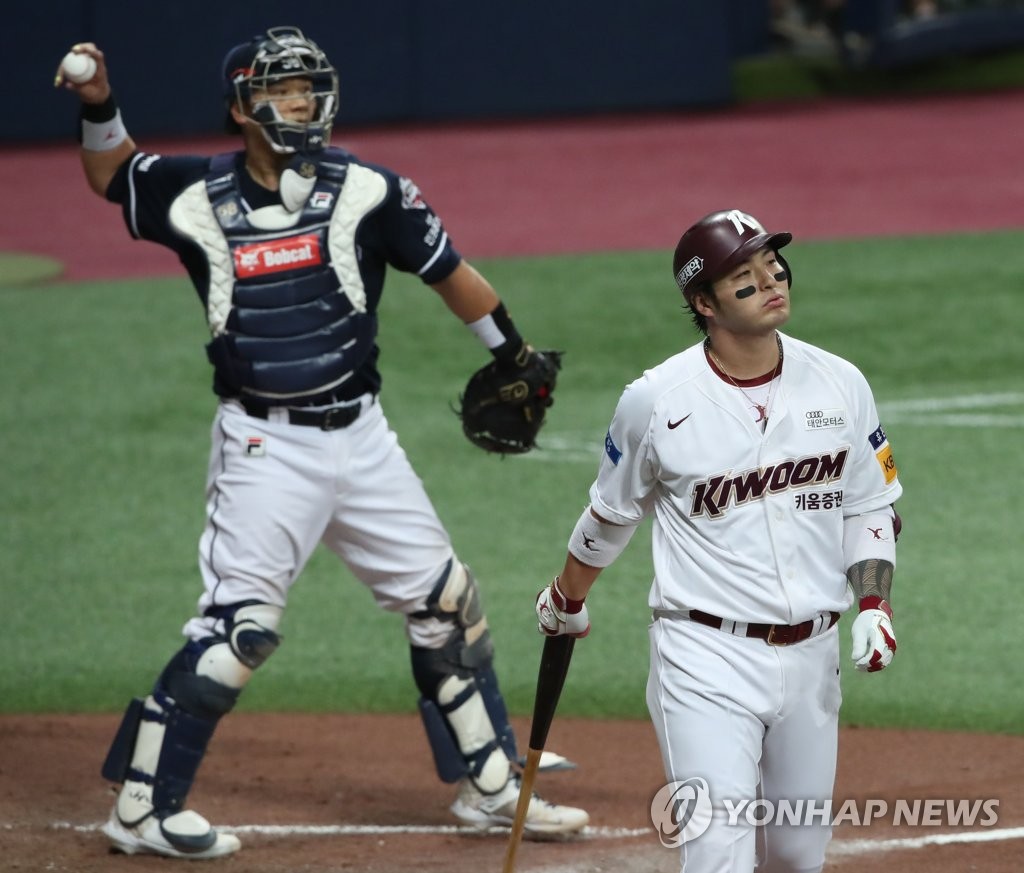 The year 2012 is a significant demarcation line for Park's career. From 2005 to 2011, Park was a fringe player for the LG Twins. A midseason trade to the Heroes in 2011 changed everything. He flashed some of his power potential by smacking 12 home runs in just 51 games that year. He then went on to capture back-to-back regular season MVP awards in 2012 and 2013, leading the league in home runs and RBIs in both years.

He followed that up with a 52-homer season in 2014 and a 53-homer campaign in 2015. He became the first KBO player to hit 50 or more home runs in consecutive seasons, and parlayed those gaudy numbers into a major league deal with the Minnesota Twins.

His slide picked up some serious momentum this year. Park batted .212 out of the gate in May, and then .222 in June. Manager Son even placed Park on the injured list for mysterious back and wrist ailments in mid-June. He even batted in the No. 2 spot for five straight games before being sidelined.

Park returned three days later and launched four home runs in his next five games, only to fall into a 1-for-17 funk.

And there have been precious few signs that Park will turn things around this year. 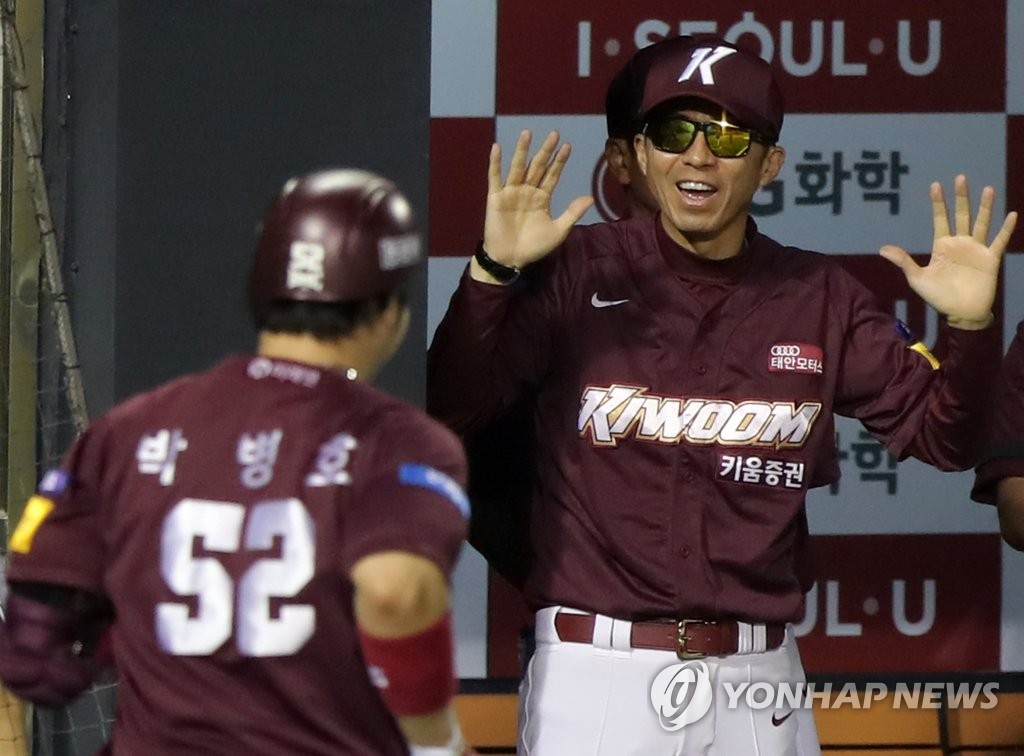 "Earlier in the season, we felt Park didn't have his timing down," Son said. "He was late on a lot of pitches and hitting a lot of fouls. I think his timing has improved, but it just hasn't produced good results."

The manager tried to keep it all in perspective, saying, "No one can play well all the time."

"I know this club has done well whenever Park Byung-ho played at a high level," said Son, who once served as the Heroes' pitching coach. "He's constantly talking with our coaches and trying to keep things light with the rest of the guys in the dugout."