SEOUL, July 22 (Yonhap) -- A recent spike in novel coronavirus cases in Seoul and its nearby cities has hindered the scheduled resumptions of large concerts in the capital, which have been on hold for months.

On Tuesday, Songpa Ward in southeastern Seoul prohibited all indoor events of more than 5,000 people from taking place at arenas and concert halls in the district, where large indoor sporting facilities, the legacy of 1988 Seoul Olympics, are located.

The measure came as the Seoul metropolitan area has been reporting tens of daily COVID-19 cases on cluster infections linked to small marketing events and religious gatherings over the few weeks.

In Songpa Ward, about nine residents have tested positive for the virus over the past five days. 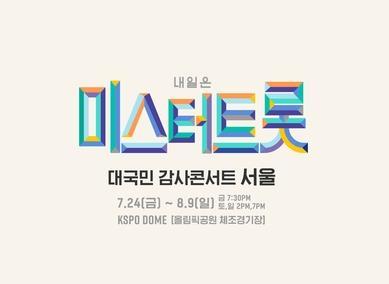 The upcoming Seoul concert of "Tomorrow Mister Trot," slated for Friday to Aug. 8 at the Olympic Gymnastics Arena, or KSPO Dome, is subject to the ban. About 5,200 people were expected to gather in the 15,000-seat hall for each of 15 rounds of concerts over the next three weeks.

The opener of the national tour of TV Chosun's hit music show, "Mister Trot," if held as planned, might be the first large indoor music concert since the COVID-19 pandemic in South Korea. The event has been postponed several times since it was first planned in February.

"We've received the order and we're discussing it," an official from the organizer, Show Play, said.

Moreover, the "Phantom Singer 3" concert, the gala show of JTBC's audition reality program, was canceled in compliance with Songpa Ward's ban. The event was to be held at the SK Olympic Handball Gymnasium on July 31-Aug. 1.

"We have received the order from the ward office to call off the concert," the event's organizers said in an online posting. "We apologize for causing disappointment and inconvenience to everyone who anticipated the concert and reserved tickets." 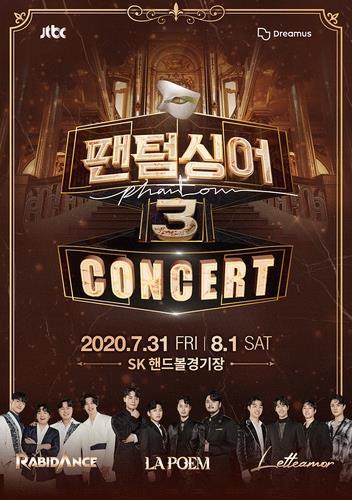 Resumption of large indoor concerts deadlocked again due to COVID-19

Resumption of large indoor concerts deadlocked again due to COVID-19