SEOUL, July 22 (Yonhap) -- Arguably, the global pandemic may not be a boon to most sectors, but foodmakers appear to be entirely insulated from the fallout of the COVID-19 outbreak.

Their performance has been gaining traction on the back of virus fears as stay-at-home consumers buy more foodstuffs online, mostly ready-to-eat meals, out of concerns over health risks.

Going beyond their home turf, South Korean foodmakers are now on the lookout for further expansion in overseas markets to capitalize on rising demand and seek a new source of revenue in the face of the already saturated local market. 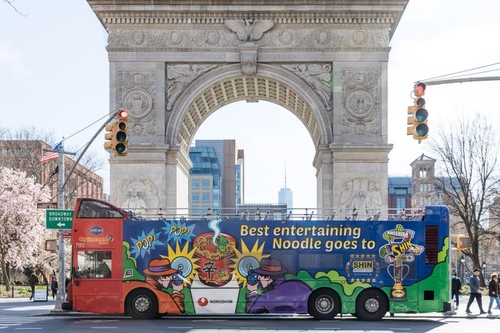 Nongshim Co., the country's top instant noodle maker, has been aggressive in expanding its presence in the United States and other global markets.

Its U.S. unit is presumed to have reported a 35 percent on-year gain with record high sales of US$164 million in the first half of this year.

Sales of Nongshim's signature spicy instant noodle Shin Ramyun rose 25 percent on-year to around $48 million in the U.S. during the cited period.

In particular, the growth of Shin Ramyun Black, a premium version that has pot-au-feu flavors, stood out, with its first-half sales jumping 49 percent to $13.5 million.

Early this month, it was picked as the best instant noodle by Wirecutter, a review website of new products run by The New York Times.

Nongshim's brand recognition was in part bolstered by the popularity of the Oscar-winning film "Parasite," as a signature noodle dish from the movie, called Chapaguri, was made with a combination of two of its popular instant noodles.

China and Southeast Asian countries have long been major export destinations for local foodmakers, aided by the popularity of Korean pop culture, or Hallyu. Recently, the United States has emerged as a key market for Korean processed foods.

"Interest in Asian culture is growing in the U.S. as the composition of races has become diverse and Asian Americans' incomes have increased," Shim Eun-ju, an analyst at Hana Financial Investment Co., said in a report. 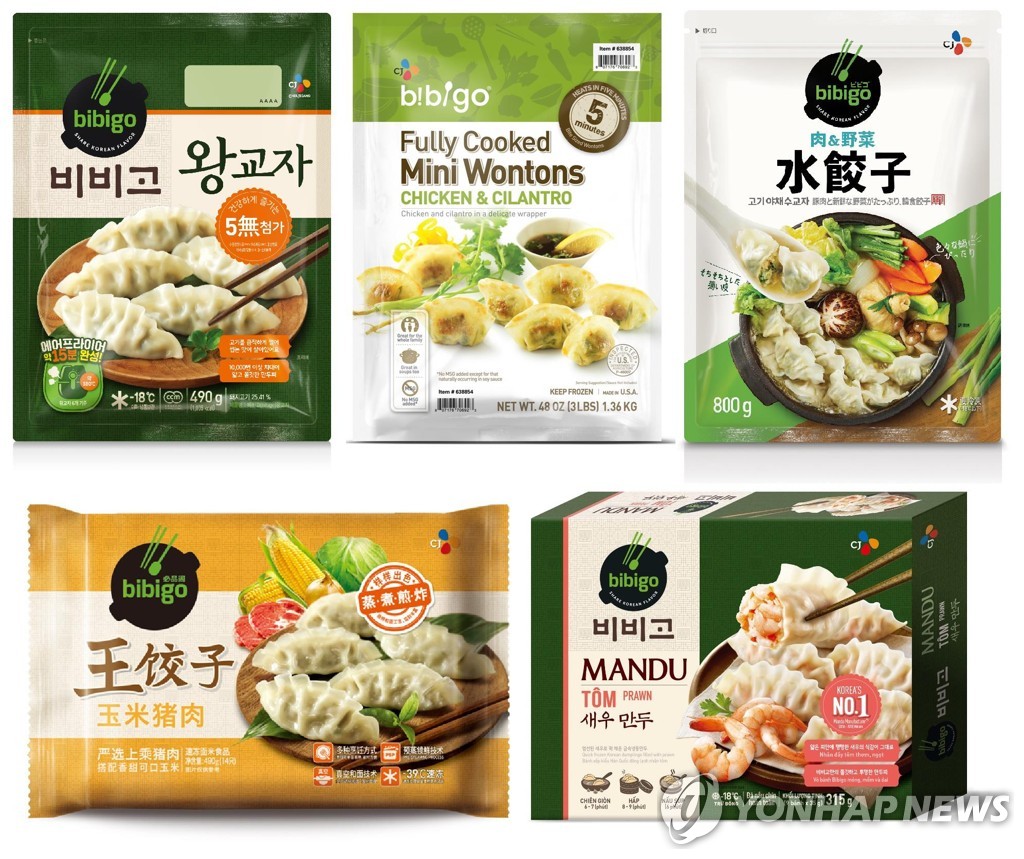 Last year, its overseas sales of dumpling products came to 552 billion won ($461 million), accounting for 63.6 percent of its total sales at home and abroad.

In the U.S. market alone, sales of the Bibigo dumplings reached 363 billion won, up 50 percent from the previous year, it added.

In other foreign markets such as China, sales of Bibigo dumplings increased last year, with 92 billion won in revenue generated in China.

"Amid positive assessments of K-food, U.S. consumers appear to view the dumplings as a healthy food," a CJ Cheiljedang official said.

Pulmuone Co., a leading food producer, is also pushing a global drive on the back of robust sales in the U.S., China and Japan in the first half.

Sales of Pulmuone's tofu, its flagship product, and its home meal replacement (HMR) Asian noodle products posted 20 percent and 30 percent on-year gains, respectively, in the U.S. in the first six months of this year.

Pumeiduo Foods, the Chinese unit of Pulmuone, logged an operating profit of 700 million won in the January-March period, marking the first time that it swung to the black since the Chinese operation began in 2010.

The company aims to increase total revenue to 3 trillion won by 2022 by propping up its overseas business. 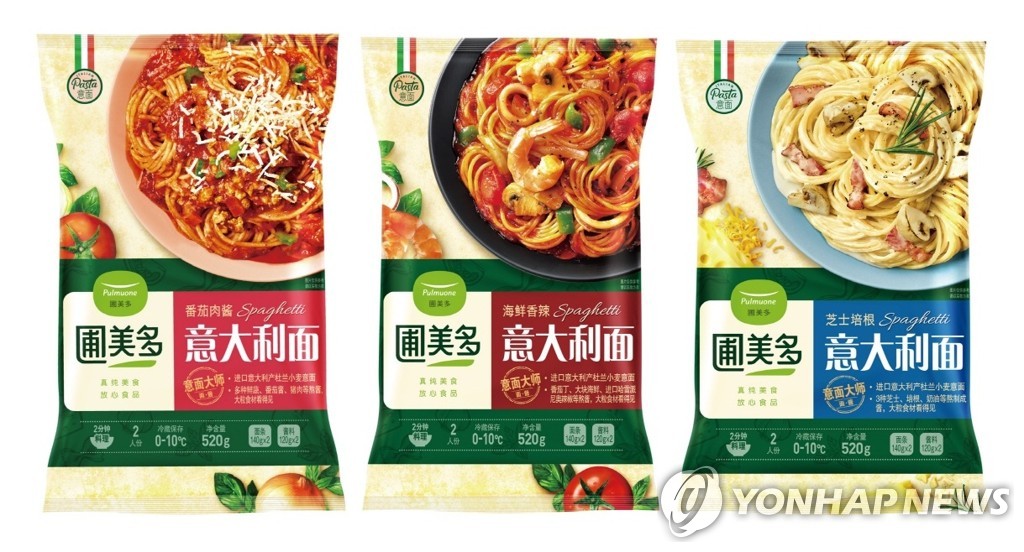 Major liquor maker Hite Jinro Co. began to export its popular soju, Jinro is Back, to seven countries, including Japan and the U.S., starting this month to mark the first anniversary of its release.

Orion Corp., a leading confectioner, is active in expanding its foray into overseas markets. The company's localized products, including the berry-flavored Chocho Pie in Russia, have become hit snacks.

In the first quarter, the company's sales from its overseas business accounted for 64 percent of its total revenues.

"Local foodmakers' impressive performances in overseas markets are expected to help bolster their earnings in the second half," the analyst Shim said