Japan's Yomiuri Shimbun reported earlier that South Korean and U.S. officials discussed conditions for another summit between the U.S. and the North, ahead of Biegun's trip to Seoul from July 7-9 for talks with the South Korean nuclear envoy.

The South first suggested that it would try to persuade the North to give up not only its Yongbyon nuclear complex but also an additional nuclear facility, but the U.S. demanded it wanted Pyongyang to do more, including declaring intercontinental ballistic missile research centers, according to the paper.

Seoul then delivered the demand to Pyongyang via an unofficial channel, but the North rejected it.

The foreign ministry in Seoul denied having made such an offer.

"The news report is groundless. The government has never made such a proposal," a ministry official said.

The nuclear negotiations between Washington and Pyongyang have remained stalled since their second summit in Hanoi early last year broke down due to differences over the scope of the North's denuclearization and concessions by Washington.

In the Hanoi summit, Pyongyang offered to abandon the Yongbyon nuclear facility in return for U.S. easing of major sanctions that have crippled its economy. But Washington demanded it surrender other undisclosed nuclear weapons and missile manufacturing facilities as well.

During his visit to Seoul, Biegun stressed that he did not request a visit with North Koreans and that his trip was to meet with his friends and allies while repeating the U.S. position that it is always ready to resume nuclear dialogue with the North. 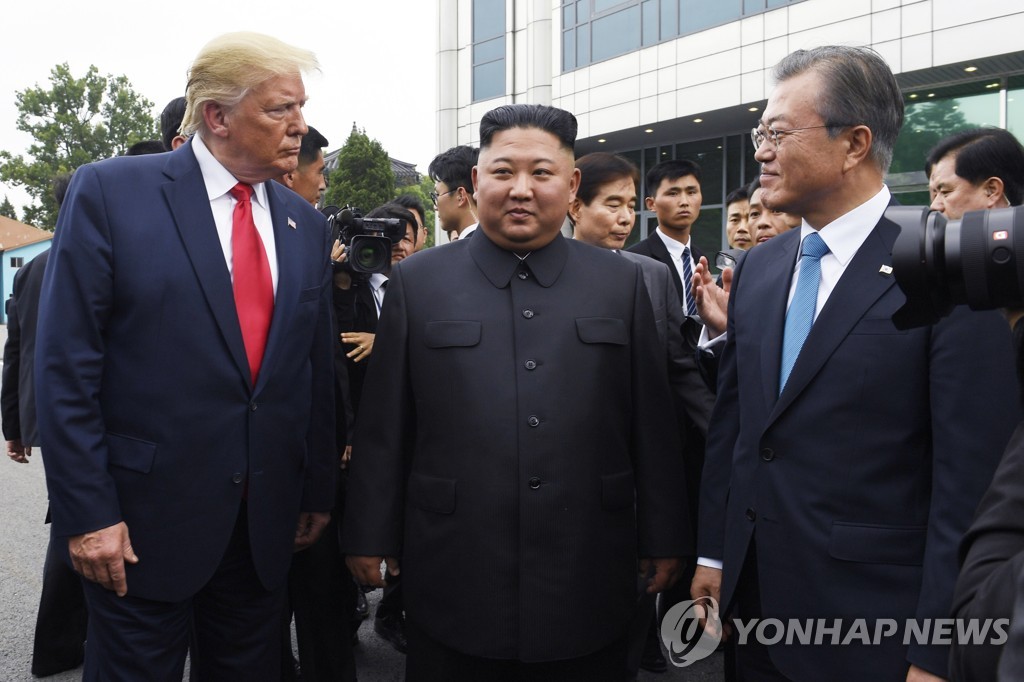