According to the sources, Samsung could release the Galaxy Note 20 with a price tag of 1.199 million won (US$993) in South Korea, with its high-end Ultra model at 1.452 million won.

The Galaxy Note 20 series is expected to go on sale in South Korea on Aug. 21 after making its debut on the Galaxy Unpacked event on Aug. 5.

If rumored prices are correct, the Galaxy Note 20 will be Samsung's cheapest 5G flagship handset.

Industry insiders said Samsung may lower the price of the Galaxy Note 20, so that it can rebound from the sales slump caused by the novel coronavirus pandemic. 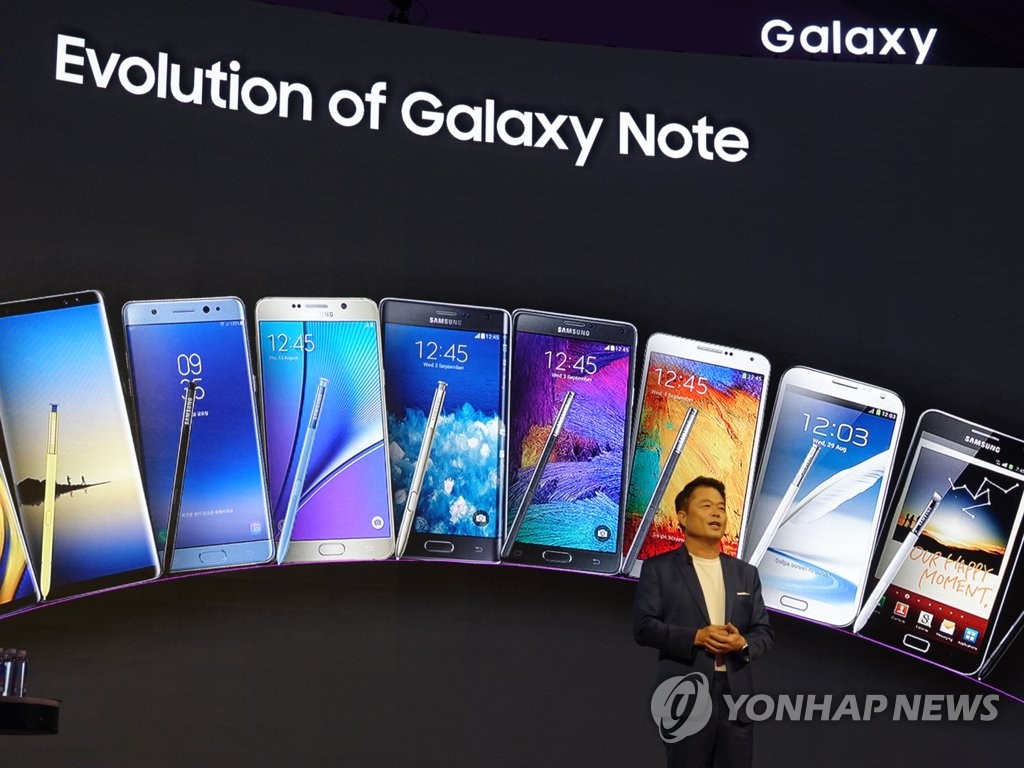 Local analysts said that Samsung's smartphone shipments may have dropped to around 50 million units in the second quarter of the year, down from 70 million units a year earlier, due to retail shutdowns and production disruptions around the globe amid the pandemic.

Samsung has not confirmed specifications of the Galaxy Note 20, but foreign tech reviewers said the phablet is likely to have a flat display, while the Ultra version retaining a curved front panel. Its S Pen stylus is expected to have a laser pointer feature.

On the back, the high-end Galaxy Note 20 Ultra is expected to pack a triple camera setup including a 108-megapixel main camera. Instead of offering 100x Space Zoom feature that was on the Galaxy S20 Ultra, it is likely to offer 50x digital zoom.

Meanwhile, Samsung is expected to promote new gaming experience with the Galaxy Note 20 in partnership with Microsoft Corp.

According to the report from WinFuture.de, the Galaxy Note 20 Ultra could be the first smartphone in the world to support Microsoft's Project xCloud game streaming service which users can enjoy more than 90 Xbox gaming titles without downloading the games.

Roh Tae-moon, Samsung's mobile communications business chief, said in a recent editorial that the company is looking to expand collaboration through its gaming partnership with Xbox.