Kim made the "field guidance" trip to the construction site for Kwangchon Chicken Farm in Hwangju County, North Hwanghae Province, in the country's southwest, according to the Korean Central News Agency.

"The construction of the chicken farm is what the Party had planned and has put lots of efforts to from a long time ago, and as it is a farm which the Party expects to make significant contributions to the dietary life of our people, the Party has paid deep attention to it," Kim was quoted as saying.

"He stressed that all the builders should be encouraged to fully display their loyalty and talents in the construction true to the noble intention of our party," the KCNA said.

Kim said that the North's chicken farms were mostly built 20 years ago and hoped that the Kwangchon farm will be "a model in modernizing all the chicken farms across the country."

He expressed satisfaction with the construction process, which has been "successfully" carried out, urging officials to keep up the work to finish the project as scheduled.

Kim's trip to the construction site appears aimed at strengthening internal unity by focusing on an improvement in people's livelihoods as the protracted antivirus fight has taken a toll on the country's already frail economy.

The KCNA did not mention when Kim made the trip.

He was accompanied by Kim Yo-jong, his younger sister; Pak Jong-chon, chief of the General Staff of the Korean People's Army; and other party members, including Hyon Song-wol and Ma Won-chun, according to the KCNA. 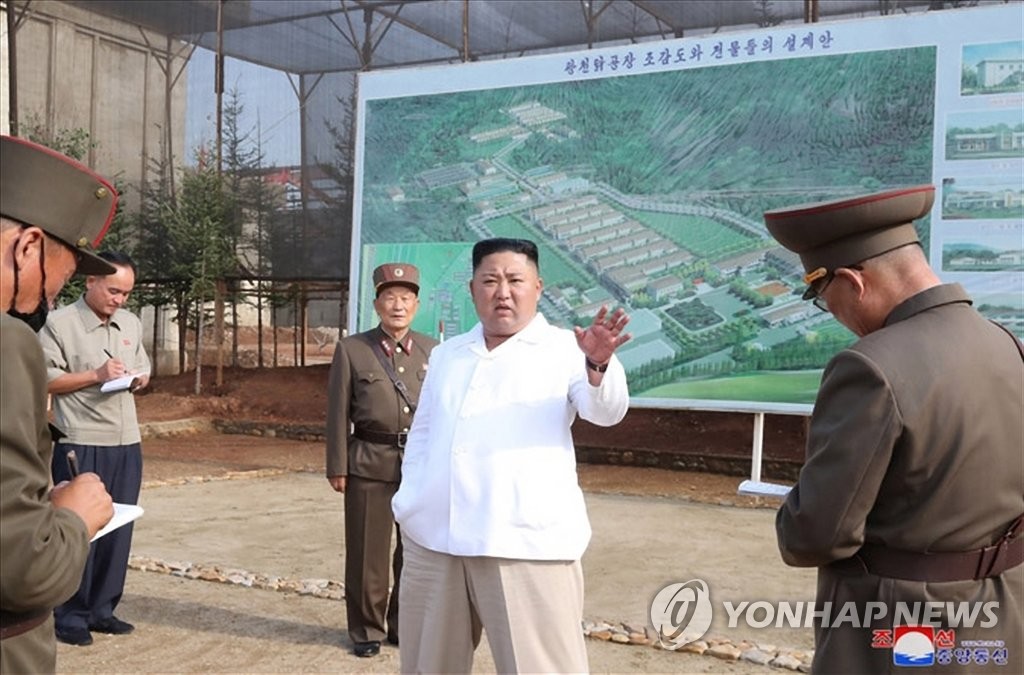