SEOUL, July 23 (Yonhap) -- Samsung Electronics Co. has unveiled the 5G variant of its Galaxy Z Flip foldable smartphone ahead of its main launch event next month.

The latest device -- launched Wednesday night -- is a 5G-capable model of the Galaxy Z Flip, Samsung's vertically bending phone that was first introduced in February with a LTE version.

The Galaxy Z Flip 5G is the first device in its Galaxy lineup to sport Qualcomm's Snapdragon 865 Plus 5G chipset, Samsung said.

"This new platform maximizes the power of 5G with revved up performance to deliver faster and more efficient on-device processing with sharper imagery through improved graphics rendering," it added.

Other than the chipset, the Galaxy Z Flip 5G has the same design and features as the previous 4G variant. 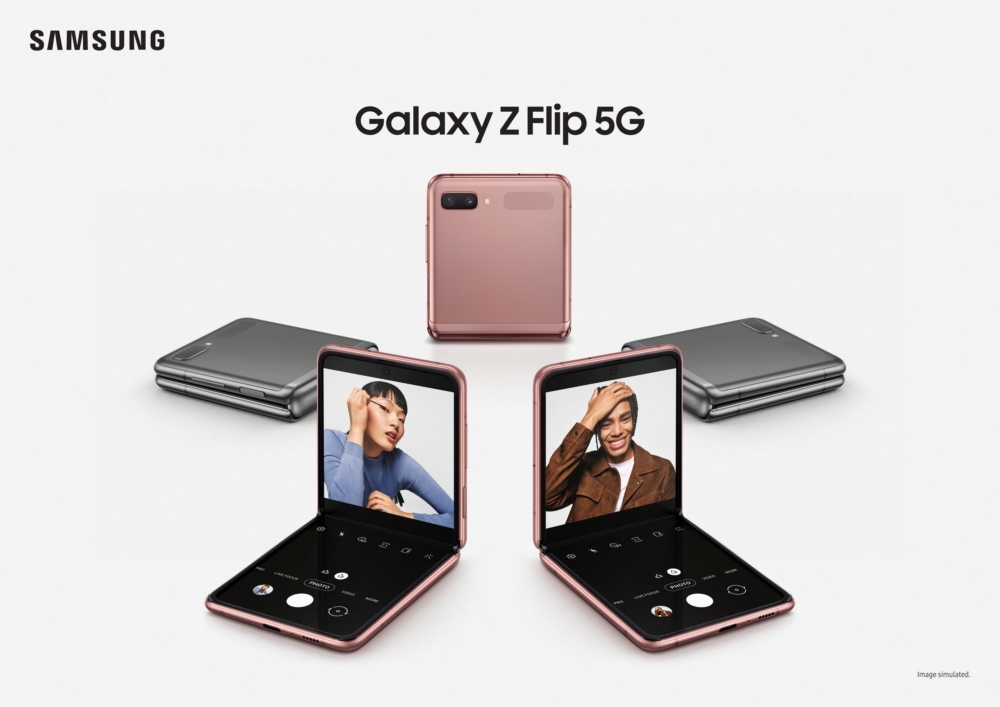 It will have the same 6.7-inch screen when unfolded, as well as a small 1.1-inch cover display on the exterior of the device. The foldable handset comes with 12-megapixel wide and 12-megapixel ultrawide shooters, and a 10-megapixel selfie camera.

Samsung said the Galaxy Z Flip 5G will be available in mystic gray and mystic bronze colors in select markets starting Aug. 7. The new smartphone is expected to be priced around US$1,450 in the United States.

In South Korea, the handset is projected to be released in September.

Originally, the Galaxy Z Flip 5G was expected to make its debut at Samsung's Galaxy Unpacked online event on Aug. 5.