The projects include 4.5 trillion won worth of expressways and 2.3 trillion won for sewage systems, Hong told a meeting with economy-related ministers.

By 2025, the government will also build 1,000 plants for fifth-generation telecommunications and artificial intelligence, Hong said.

South Korea's economy contracted 3.3 percent on quarter in the second-quarter of this year, marking the sharpest contraction since the first quarter of 1998, when it contracted 6.8 percent.

As the pandemic pushed the nation's economy into a technical recession, Hong said the second-quarter contraction was "deeper than expectations due to external shocks."

South Korea's exports plummeted 16.6 percent in the second quarter, marking the worst figure since the fourth quarter of 1963.

The nation has pledged to spend 277 trillion won, or 14.4 percent of its gross domestic product, to help cushion the economic fallout from the pandemic.

Hong said the nation's economy could rebound in the third quarter, thanks to a recovery in consumption and fiscal spending. 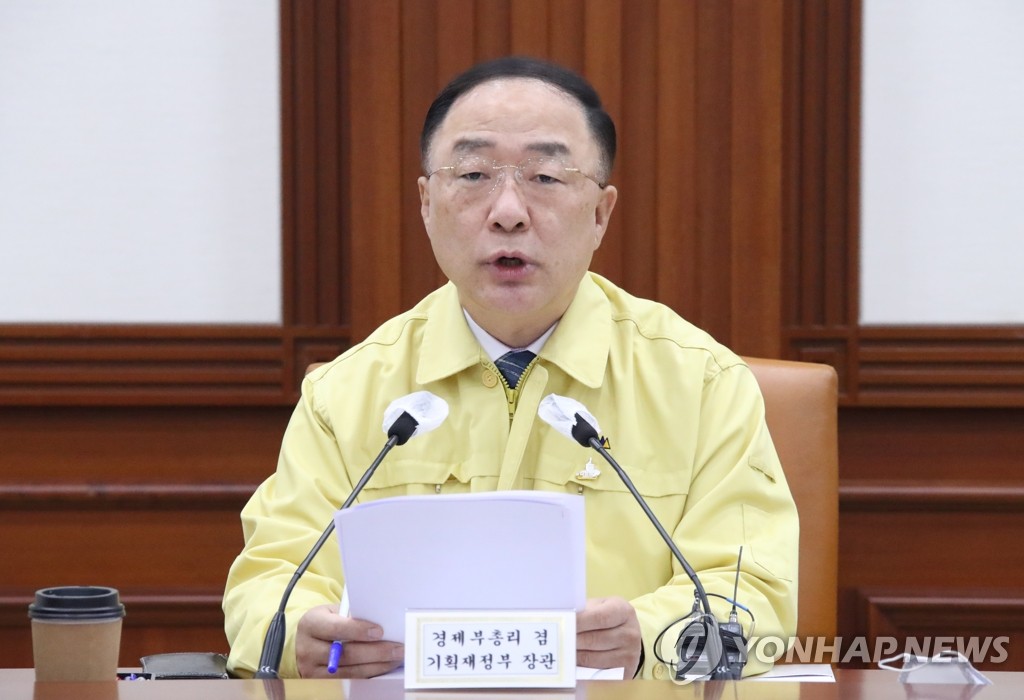 "It is possible for the economy to rebound in the third quarter if the current trend continues," Hong said.

To boost consumption and local tourism, the government designated Aug. 17 as a temporary holiday.

The government will draw up a package of measures to promote local tourism in August, Hong said.

In a statement, the ministry said the pandemic-led economic recession is "worse" than that triggered by the 2008 global financial crisis.

The ministry said a "China-like rebound" is possible in the third quarter.