In opening remarks at his confirmation hearing, Lee also vowed to actively push for a "bold change" in making efforts to advance relations with the North, while urging Pyongyang to refrain from provocations and come out for talks again.

"The South and the North should sit face-to-face again. Reaffirming their mutual trust and making good on promises, they have to restart the stopped Korean Peninsula clock," he added. "We will take the lead and push for a bold change to turn the North Korea-U.S. clock into the clock for the South and the North." 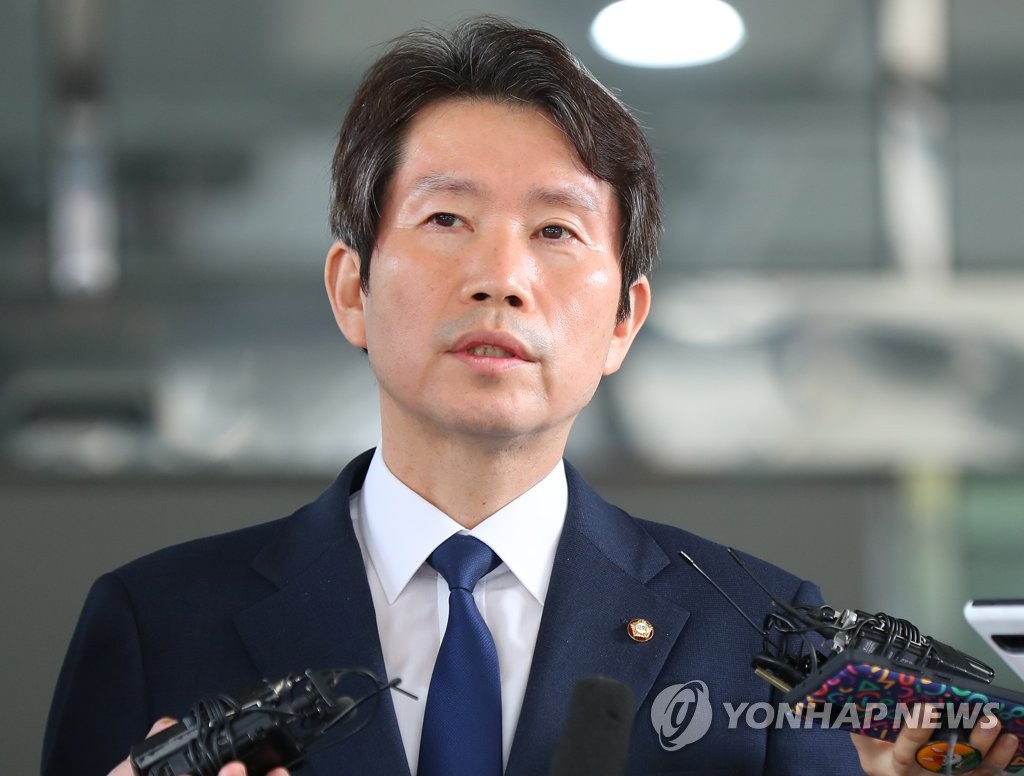 Inter-Korean relations have been deadlocked since the no-deal summit between U.S. President Donald Trump and North Korean leader Kim Jong-un in February last year. Pyongyang has not responded to Seoul's offer for exchanges and talks ever since.

The ties became further strained after the North blew up a joint liaison office in its border town of Kaesong last month in anger over anti-Pyongyang leaflets sent by activists in South Korea.

The North also cut off all cross-border communication lines and threatened to take more retaliatory steps, but leader Kim later called off military action against the South.

Lee emphasized that there are many areas in which the two Koreas can work together despite international sanctions.

He, in particular, called for cross-border cooperation in the humanitarian area, saying issues related to "eating, suffering and things that people want to see before they die" should be handled independently of political issues.

He apparently referred to the possibility of the provision of food and medication to the North and reunions of families separated by the 1950-53 Korean War.

The remarks are in line with his earlier stance that he will push for cooperation in the humanitarian area with the North independent of consultations with the U.S. through their working group forum set up in 2018 to coordinate joint approaches to North Korea.

"Inter-Korean cooperation also should be expanded into borderless matters of diseases, disasters and climate change to which we can jointly respond," he added.

Lee, a four-term lawmaker, was appointed as unification minister earlier this month to replace Kim Yeon-chul, who resigned over recently strained inter-Korean relations.

He must go through a parliamentary confirmation hearing, but it is considered largely a formality as the National Assembly can only express its views on the nomination without the power to reject it.