SEOUL, July 23 (Yonhap) -- Following weeks of internal debate, South Korea's biggest trade union on Thursday voted against a key labor agreement drawn up by the government and the business and labor circles to deal with the economic fallout from the new coronavirus.

The conclusion was reached at a 12-hour marathon meeting where some 1,500 representatives of the Korean Confederation of Trade Unions (KCTU) discussed online whether to approve the key agreement that centers on sustaining jobs and expanding the social safety net while easing financial burdens for companies.

A majority of 805 out of 1,311 who voted opposed the approval, according to the trade union. A total of 499 voted for approving the labor agreement, while seven counts were invalid. 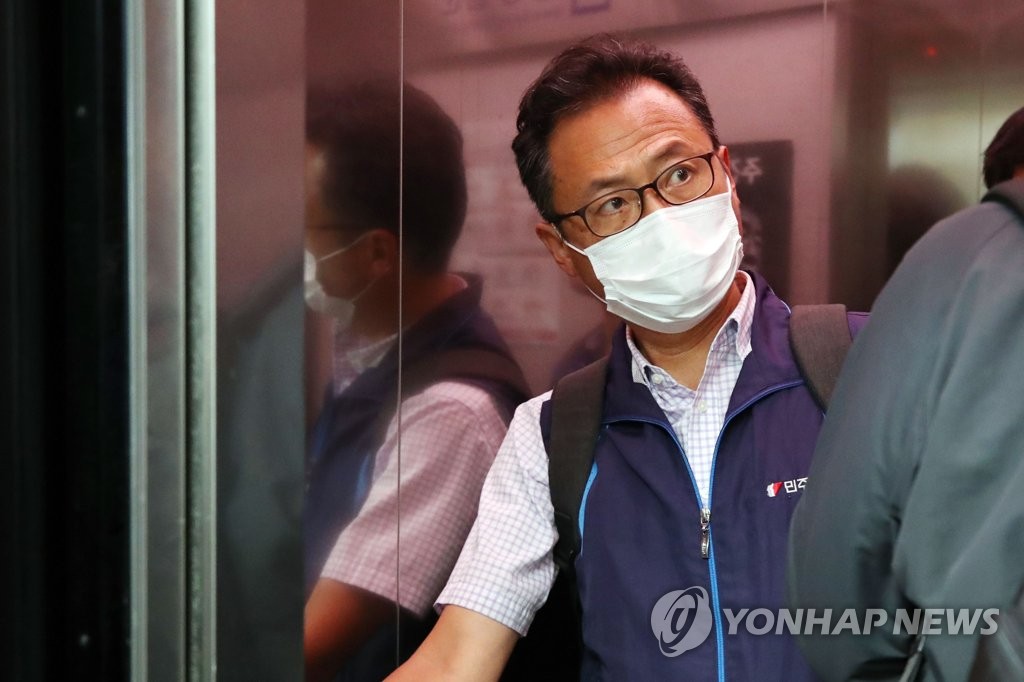 The agreement was the result of weekslong talks among six stakeholders -- the prime minister, the finance minister and the heads of the KCTU, Federation of Korea Trade Unions, Korea Employers Federation and Korea Chamber of Commerce and Industry -- that kicked off in May.

Under the agreement, the government had proposed to map out a universal employment insurance plan by year-end and provide financial support for companies that have temporarily suspended their business or asked employees to take leave due to the fallout from the virus.

Businesses, meanwhile, had pledged to maintain employment, while the labor circle in turn said it planned to agree to cutting work hours and taking leave for this goal.

Kim Myung-hwan, the KCTU's chief, was among the first to propose talks between the government and business and labor circles.

However, a ceremony to mark the signing of the agreement fell through earlier this month, as KCTU members opposed Kim attending the event and signing the deal.

While some, including KCTU chief Kim Myung-hwan, appeared favorable toward the agreement that includes measures on protecting vulnerable workers, some others voiced opposition, saying it does not include a ban on layoffs that the trade union has demanded. 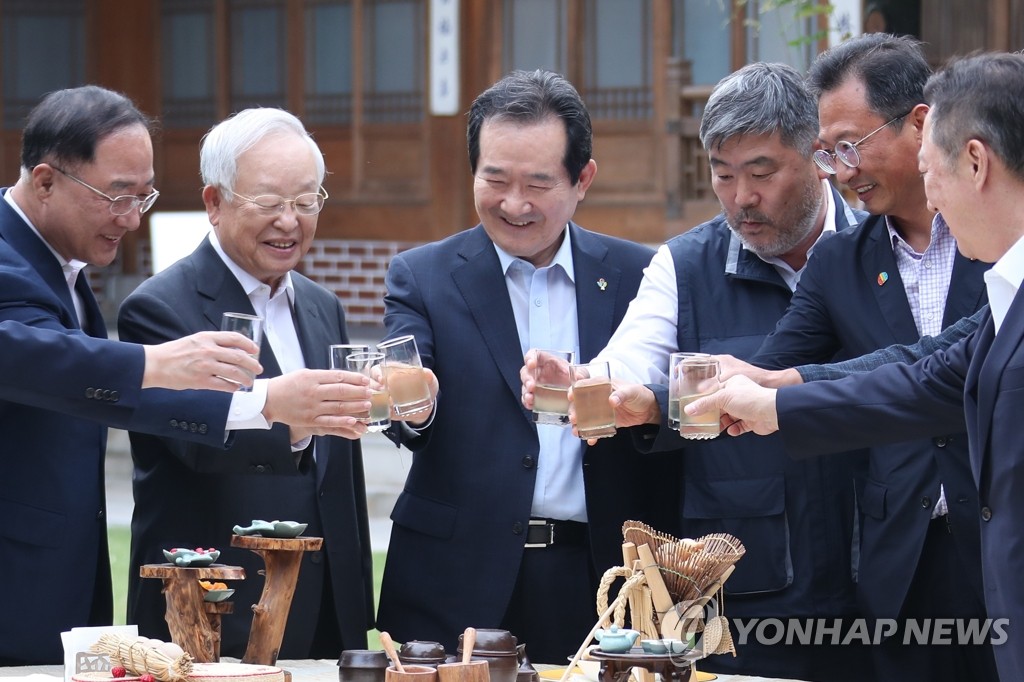 With Thursday's vote, the country's labor and business circles failed to reach a meaningful consensus on the first social agreement of its kind in 22 years. 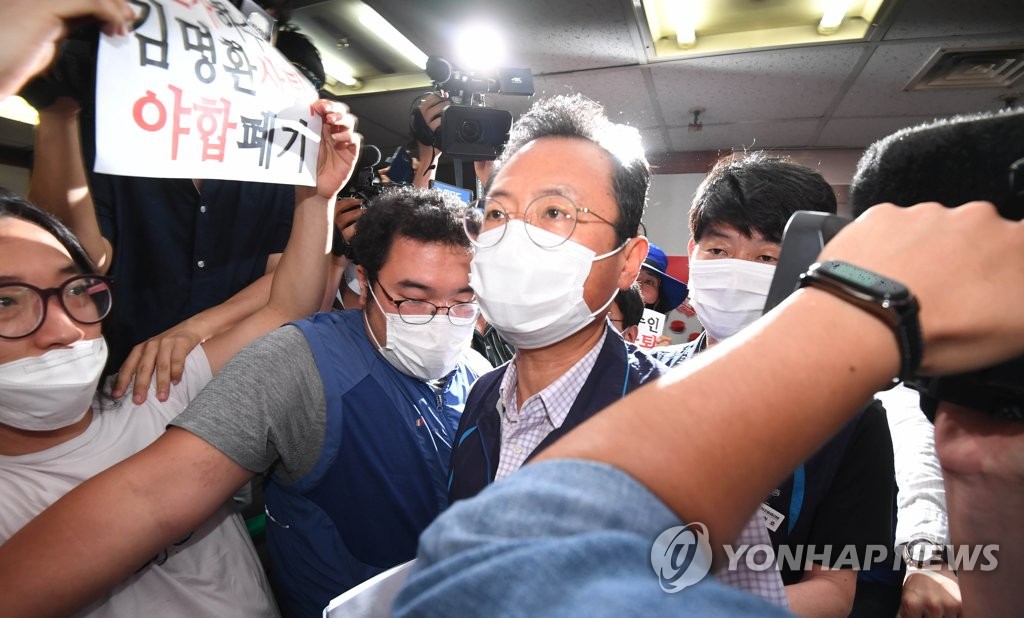 In addition to breaking the key agreement, the decision is expected to test the trade union's leadership. KCTU chief Kim announced he would step down if the agenda item was not approved.

It is also forecast to hinder the Moon Jae-in administration's blueprint on resolving social issues through conversations.

Kim plans to hold a press conference at the KCTU's headquarters Friday and announce his stance on the results.