SEOUL, July 23 (Yonhap) -- LG Display Co., a major South Korean display panel maker, announced Thursday it has started the mass production of OLED sheets at its Chinese plant after months of delay amid the pandemic.

With the production start at the Chinese plant, LG Display, the sole producer of large-size OLED display panels in the world, is now able to roll out a total of 130,000 sheets a month, as its other plant in Paju, South Korea, has a monthly production capacity of 70,000 sheets.

The Guangzhou factory will mainly produce 48-, 55-, 65- and 77-inch OLED panels. The company plans to increase the plant's monthly production capacity to 90,000 sheets in the future. 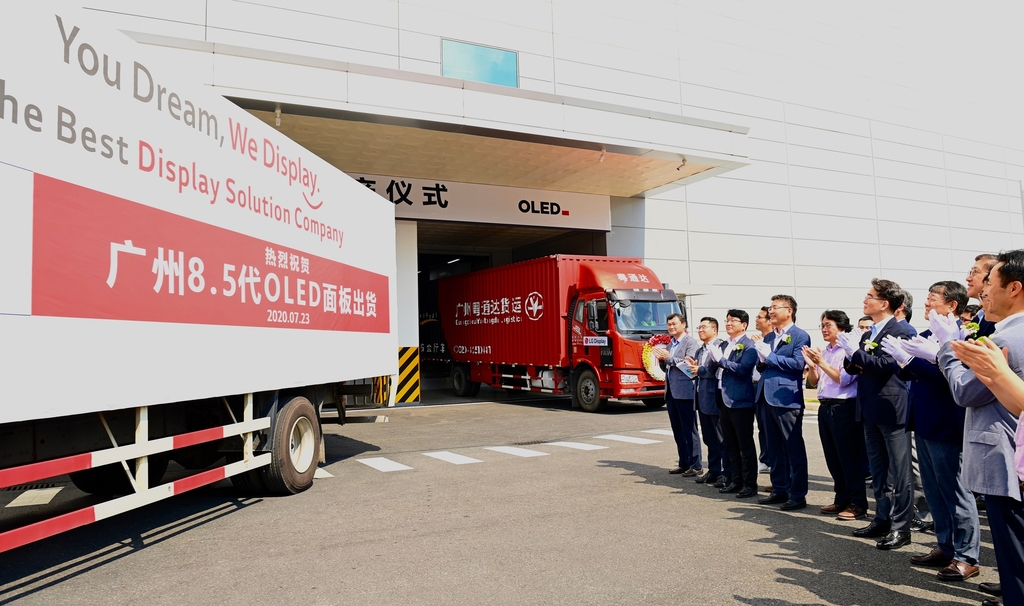 "Our Guangzhou OLED plant is a new, big facility with high productivity and efficiency that can deliver large-size, high-value products," the company said. "With our double production base of Paju and Guangzhou, we will push for large-size OLED panels in the TV market."

Its Guangzhou plant originally planned to begin mass production in the first quarter of the year, but the schedule was pushed back due to the pandemic.

The company sent a total of 900 engineers to China in March, May and July on chartered flights to complete set up for mass production.

LG Display hopes its profitability can improve as the company will be able to supply more than 10 million 55-inch OLED TV panels a year.

LG Display posted a dismal first-half performance with operating loss of 878.9 billion won (US$734 million). Its sales dropped 10.7 percent on-year to 10 trillion won in the first six months of the year due to the pandemic.

A 8.5-generation substrate, which has a size of 2,200 millimeters by 2,500 millimeters, can be cut into six 55-inch displays, according to the company. 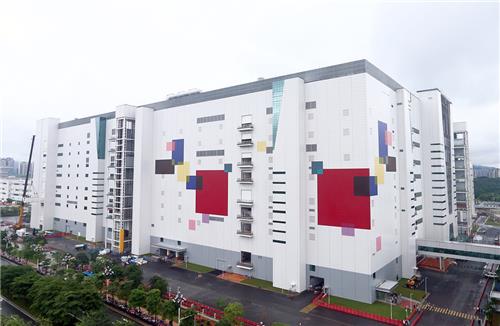 According to market tracker Omdia, global OLED TV panel shipments are likely to reach 4.4 million units this year and are projected to exceed 12 million units in 2025.

Led by its affiliate LG Electronics Inc., the number of OLED TV makers has been increasing steadily.