(ATTN: UPDATES remarks on new ballistic missile presumed to be Hyunmoo-4 in paras 15-20)
By Lee Chi-dong

SEOUL, July 23 (Yonhap) -- President Moon Jae-in made a rare on-site inspection Thursday of South Korea's development of advanced weapon systems and pledged no let-up in support for the sector, which he said is crucial in South Korea's self-defense and peace efforts.

"Going forward, the government will continue to invest in the defense science and technology field with a strong commitment to defense, for which we take responsibility on our own, and peace on the Korean Peninsula," he said on a visit to the headquarters of the Agency for Defense Development (ADD) in Daejeon, 160 kilometers south of Seoul.

It came two weeks ahead of the state-run agency's 50th founding anniversary.

Upon arriving at the compound, Moon inspected a set of cutting-edge strategic weapons developed by the ADD. Pool reporters and television crew travelling with the president were not allowed to cover the program due to security concerns.

Moon then made a public statement.

"I feel reassured, having seen the state-of-the-art strategic weapons with the world's top-level precision and strong destructive power," he said. "I confidently say that we have enough defense capabilities to prevent and deter any security threat." 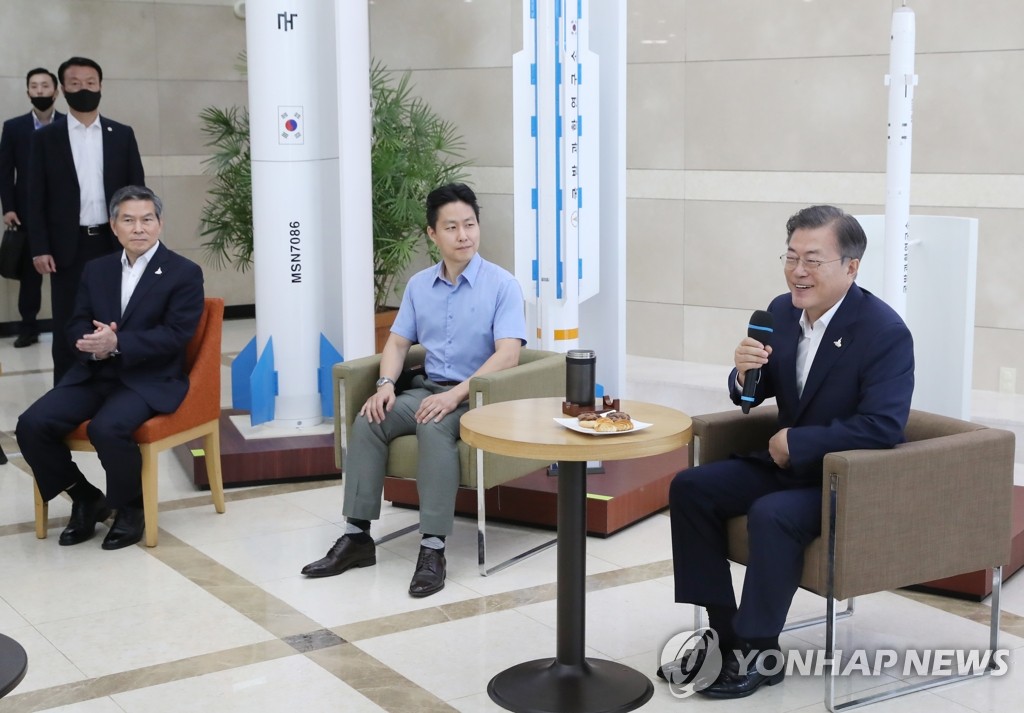 He described the ADD as the base for South Korea's "autonomous and powerful" defense capabilities, citing an assessment that it ranks sixth in the world in terms of military power.

Moon told ADD officials, "I am proud of you for the world-class research and development, from high-power ballistic missile to core radar for advanced fighter jet."

The ADD is home to the development of the Hyunmoo series of ballistic and cruise missiles, the Haeseong anti-ship missile, the Cheongung surface-to-air missile, the K9 self-propelled howitzer, the K2 main battle tank and other well-known weapons, some of which are exported.

The ADD is also leading AESA radar development work in the KF-X fighter jet project. The production of a prototype has been already done.

"The surveillance, reconnaissance and radar sector are very important in the highly sophisticated modern warfare," he said.

Moon also pointed out South Korea's launch of its first military satellite earlier this week that made it the tenth country to own a military-only communications satellite.

"I hope that we will soon possess a satellite for military information and reconnaissance based on our technology," Moon said. 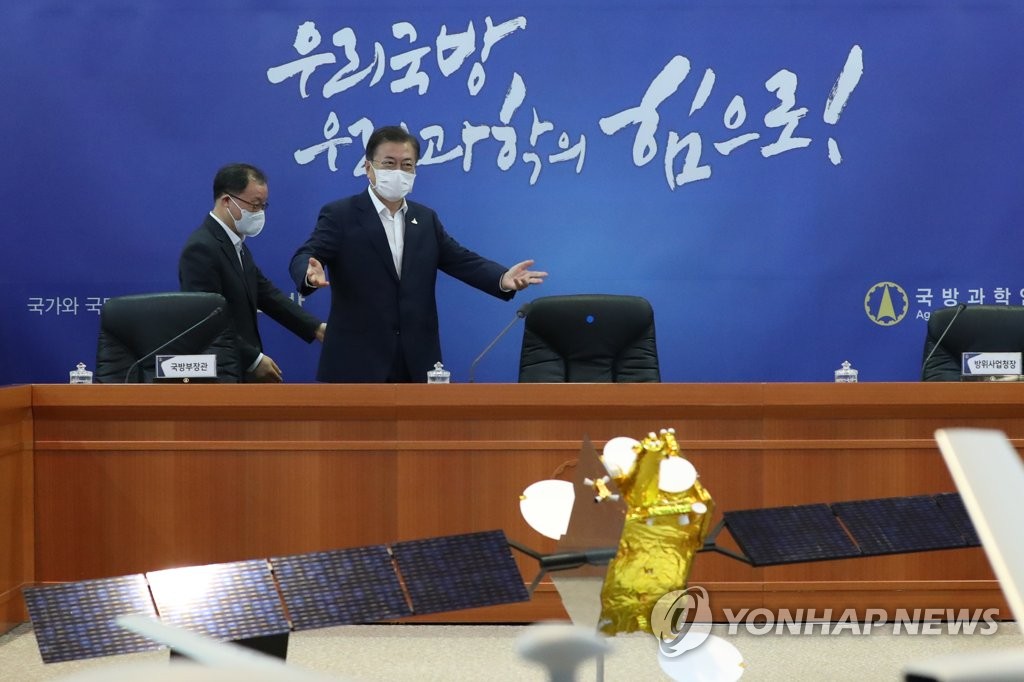 Over the past half a century, the ADD has written a history of "turning the impossible to possible," he said, adding it was established at a time when South Korea had no ability to produce even a rifle component.

Now, he stressed, it has reached a stage to develop a "ballistic missile with sufficient range and the world's largest warhead weight."

He congratulated the ADD on the success in the development of the missile, apparently meaning the Hyunmoo-4.

Earlier this year, the ADD test-launched the missile estimated to have a range of up to 800km and be capable of carrying a warhead weighing as much as 2 tons.

Moon said, "Since it's a security matter, I can't freely talk about it in front of (TV) cameras."

Moon made clear that his administration would keep trying to enhance the military's combat power, as it has done so far.

Moon made a visit to an ADD facility in 2017 to observe the test-firing of a new ballistic missile with an 800-km range at its test site located in Anheung, South Chungcheong Province.