The third Strategic Coordination Meeting on Foreign Affairs is set for Tuesday amid friction between the two major powers over the U.S.' recent order to close the Chinese consulate in Houston, China's claims to the South China Sea and its sweeping security law for Hong Kong. 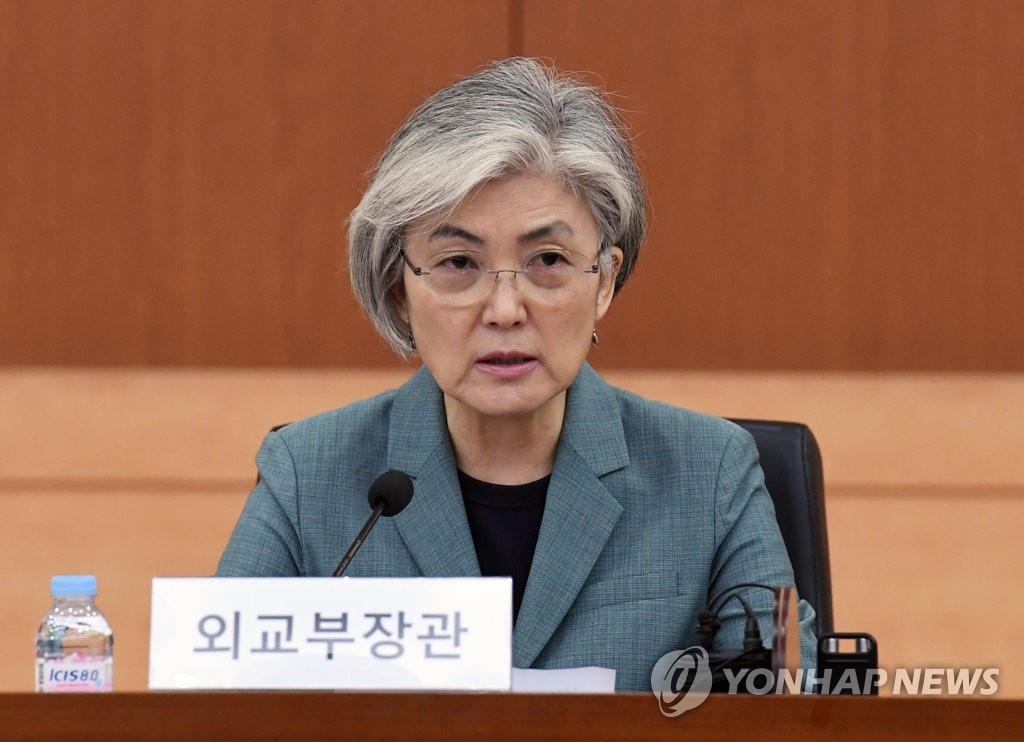 "At the diplomatic strategy meeting, participants plan to discuss the international politics in the midst of the COVID-19 pandemic and the way forward for our diplomacy," Kim In-chul, the foreign ministry spokesperson, told a regular press briefing.

In recent months, Seoul has been striving to map out a long-term strategy to navigate the increasingly tricky regional landscape, as it seeks to maintain good relations with both Washington, its security ally, and Beijing, its major trading partner.

Tensions between Washington and Beijing have stoked fears that they could drift toward a new Cold War that could pose a daunting diplomatic challenge to Seoul, though observers argue the two countries are too economically intertwined to engage in any serious confrontation.

During the last strategy meeting in December, Kang called for a "mould-breaking" strategy and enumerated a set of policy tasks, such as solidifying cooperation with all neighboring countries and pursuing policy consistency based on national interests and principles.

The foreign ministry has recently decided to turn its temporary diplomatic strategy task force into a permanent division and assign several more personnel to the division.