SEOUL, July 23 (Yonhap) -- LG Display Co., a major display panel maker in South Korea, on Thursday said it suffered a loss in the second quarter of the year as the novel coronavirus pandemic slashed demand for its TV and mobile panels.

Its second-quarter operating loss widened to 517 billion won from 368.7 billion won a year earlier, marking a deficit for the sixth consecutive quarter. Sales fell 0.9 percent to 5.3 trillion won over the cited period.

In the first six months of the year, LG Display posted an operating loss of 878.9 billion won and a net loss of 702.7 billion won.

Increased fixed costs related to adjustments in TV and mobile panel production were cited as one of the key reasons. A drop in LCD panel prices also dragged down its bottom line. 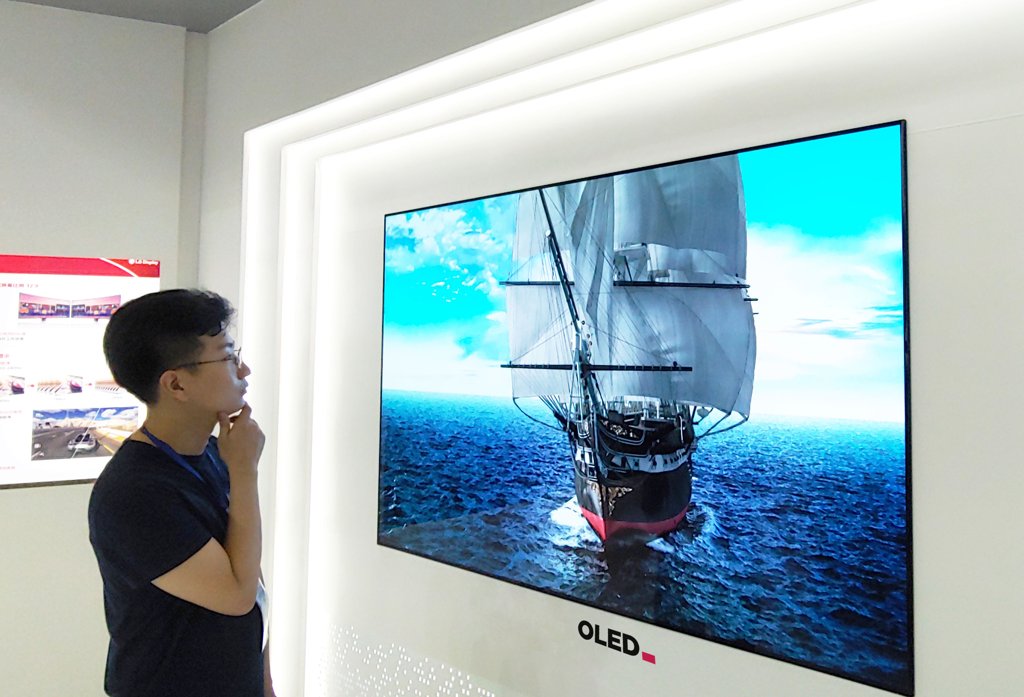 Driven by the stay-at-home trend amid the pandemic, LG Display said sales of its LCD panels for IT products increased to the highest level to account for 52 percent of the company's total revenue.

LG Display said it plans to improve its earnings by increasing shipments of its plastic OLED displays for smartphones and high-value LCD products in the second half of the year.

Its plant in Guangzhou, China, has started to mass-produce OLED panels. The company can now produce a total of 130,000 sheets of glass substrate a month from its plants in China and South Korea.

For this year, LG Display said it aims to sell more than 4 million units of large size OLED display panels.

"Due to the prolonged COVID-19 pandemic, the global economic environment is still not in a favorable condition, but we believe the worst situation is over," LG Display Chief Financial Officer Suh Dong-hee said.

Its local rival, Samsung Display Co., recently announced it will exit the LCD industry, which has been suffering a supply glut led by Chinese competitors, to speed up its transition to the next-generation quantum-dot display.

But Suh said LG Display will stay in the LCD business, although the company is pushing its migration to the OLED business.

"After our competitor announced its exit from the LCD market, there seems to be a misunderstanding about our withdrawal from the LCD business," Suh said. "Our LCD panels for IT devices are differentiated products and we believe they could be a key engine to enhance our profitability."

In a conference call, LG Display said its plant in Gumi, South Korea, is preparing to become its production hub for advanced display panels for automotive and foldable products.

The company said its plant in Paju, north of Seoul, will focus on smartphone displays.

Shares in LG Display dived 1.16 percent to 12,740 won on the Seoul bourse, underperforming the broader KOSPI's 0.56 percent drop. Its earnings results were released after the stock market closed.
(END)