SEOUL, July 23 (Yonhap) -- Reversing its earlier decision, South Korea has allowed the United Nations Command (UNC) to hold an armistice anniversary ceremony at its building on the inter-Korean border next week, according to officials Thursday.

The unification ministry has approved the UNC to use the Freedom House building located in the border village of Panmunjom for next Monday's event marking the 67th anniversary of the signing of the 1953 Korean War armistice agreement.

"The improving COVID-19 situation in the Seoul metropolitan area and weather conditions were taken into consideration," a ministry official explained.

Earlier this week, the ministry rejected the UNC's request to hold the annual ceremony at the Freedom House, citing the new coronavirus and recent inter-Korean developments.

The UNC reportedly considered holding the event on the road in front of the building.

Speculations were raised that the disapproval might have had something to do with the UNC's rejection in 2018 of Seoul's request to access the Military Demarcation Line for a joint railway field survey by the two Koreas.

Since 2013, the UNC has held the event at the building.

The U.S.-led command administers Panmunjom and the broader Demilitarized Zone and enforces the armistice that halted the 1950-53 Korean War.

The four-story Freedom House building was constructed in 1998 and has been used for communications with North Korea. It is managed by the South Korean government. 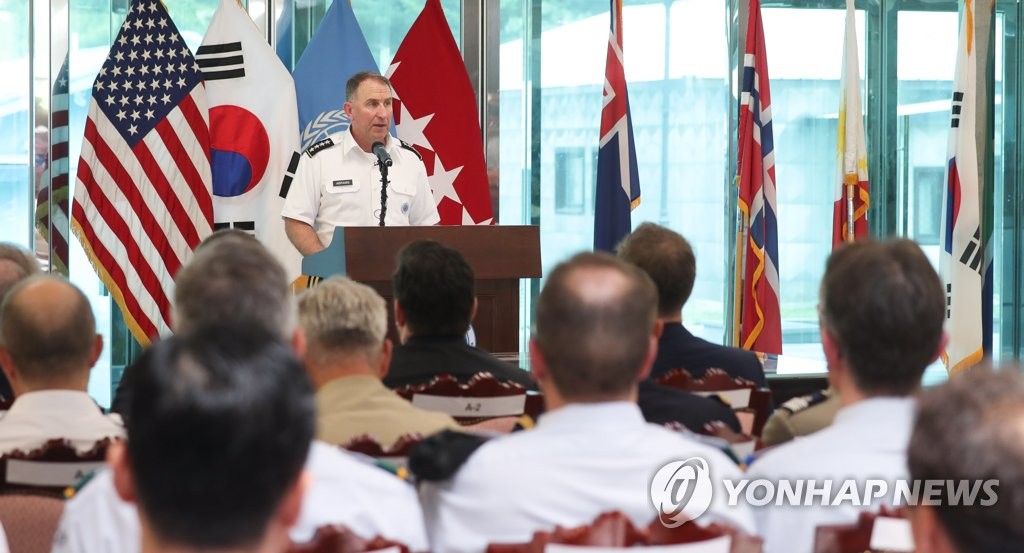