SEOUL, July 23 (Yonhap) -- South Korea was on high alert Thursday as heavy rains battered Seoul and many parts of the country and are expected to continue into early Friday.

The Korea Meteorological Administration (KMA) has issued heavy rain warnings for southeastern areas, including Busan, Ulsan and South Gyeongsang Province, as of 10:30 p.m.

Heavy rain advisories were in effect for Seoul, Incheon and the provinces of Gyeonggi, Gangwon, South Chungcheong and North Gyeongsang.

Seoul saw around 100 millimeters of rainfall as of 9 p.m., with the cities of Gwacheon, Wonju and Gwangyang recording 106.5 mm, 57 mm and 102 mm of rain, respectively.

Heavy rain warnings are issued when precipitation reaches 90 millimeters during three hours or 180 millimeters in 12 hours.

The capital city temporarily shut down some roads as precautionary measures on late Thursday. Incheon's fire authorities said they have received over 30 reports of property damage caused by downpours.

The KMA forecast rain will continue through the night in most regions. It said 30-50 mm of rain per hour is likely to fall in parts of Gangwon and Gyeongsang until early Friday and 30 mm of precipitation is expected for other parts of the country. 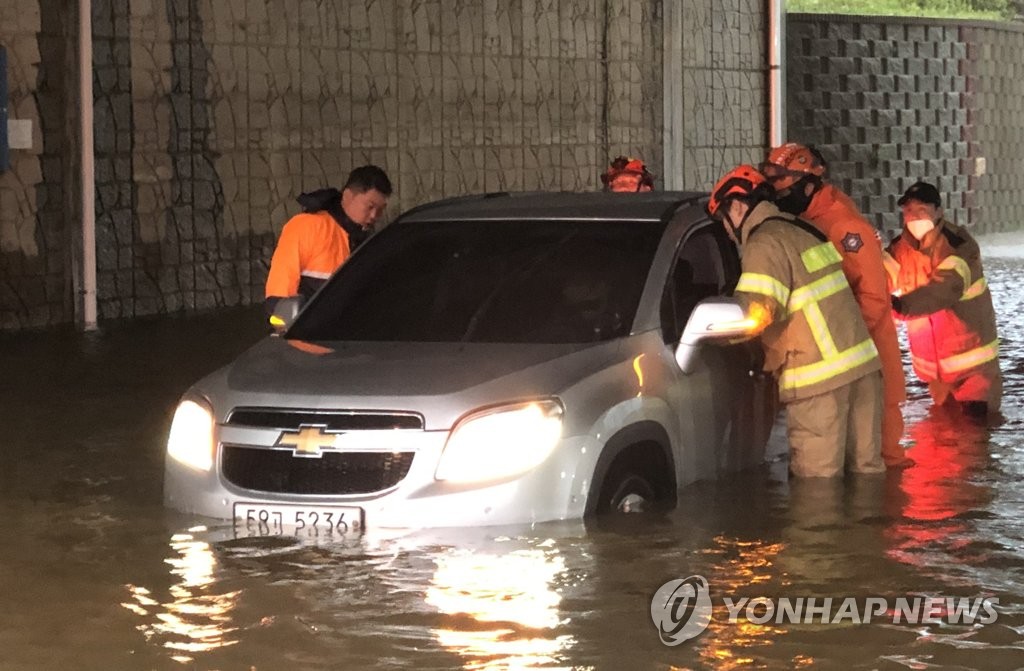