SEOUL, July 24 (Yonhap) -- Two South Korean military planes arrived back home Friday, carrying some 290 people from Iraq amid the worsening outbreak of the new coronavirus in the Middle East country.

The KC-330 air refueling tankers touched down at Incheon International Airport, west of Seoul, completing their dayslong mission to bring back the citizens from Iraq, where three South Korean workers have died of the COVID-19 infection.

South Korea mobilized the military planes for the citizens, mostly workers involved in construction projects there, as the virus caseload in Iraq surpassed 102,200 with the death toll at 4,122 as of Thursday.

Upon their arrival here, workers with signs of symptoms are to take COVID-19 tests at the airport, while those with no symptoms will undergo the tests after moving to temporary accommodations.

Those who test positive will be sent to medical facilities, while those with negative results will be put into quarantine at designated facilities for two weeks, the length of the virus' incubation period, officials said.

Since February, the government has provided chartered evacuation flights to bring back citizens from the central Chinese city of Wuhan, the initial epicenter of the pandemic, as well as Japan, Iran, Peru, Italy and Ethiopia. 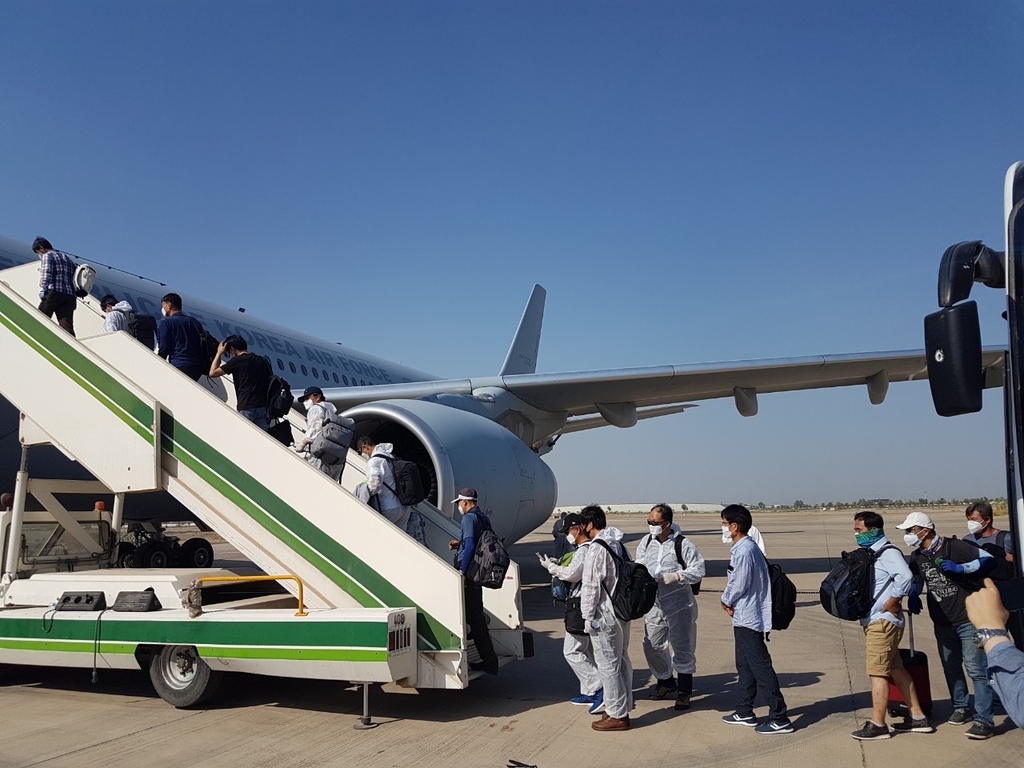 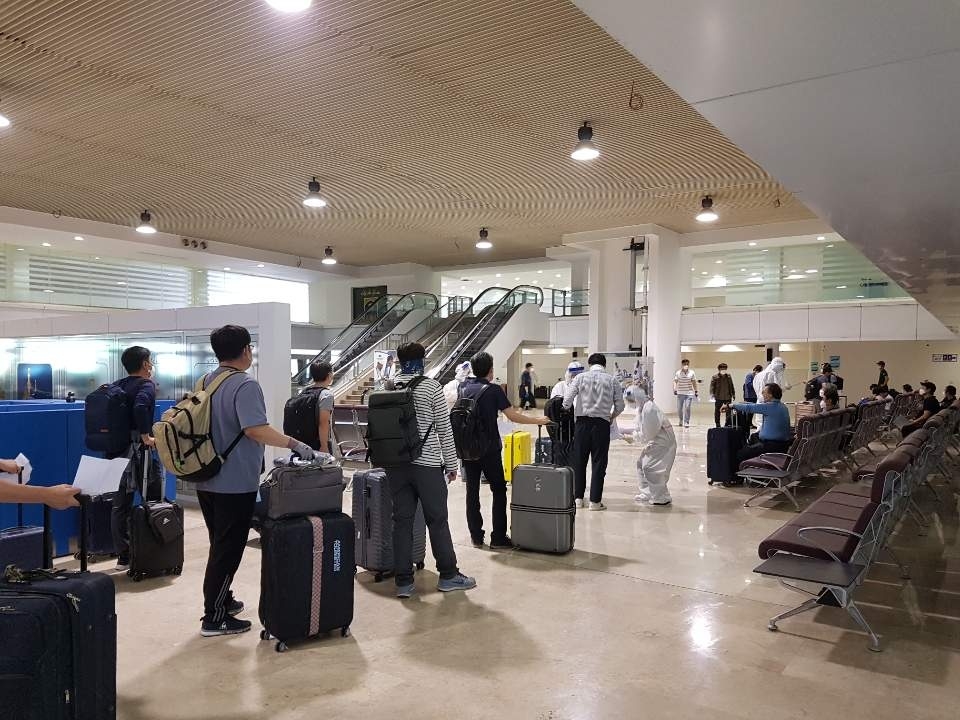