Some 300 South Korean workers returned home from the Middle Eastern country earlier in the day, with around 90 of them showing virus symptoms, according to the Korea Centers for Disease Control and Prevention (KCDC).

At least 32 sailors on a Russia-flagged fishing vessel docked in the southeastern city of Busan were also confirmed to have infected with the new coronavirus in another cluster infection on a foreign vessel. They were not included in the daily tally.

"Considering the figures, we expect that there will be a significant number of newly identified cases reported Saturday," KCDC Deputy Director Kwon Joon-wook said. 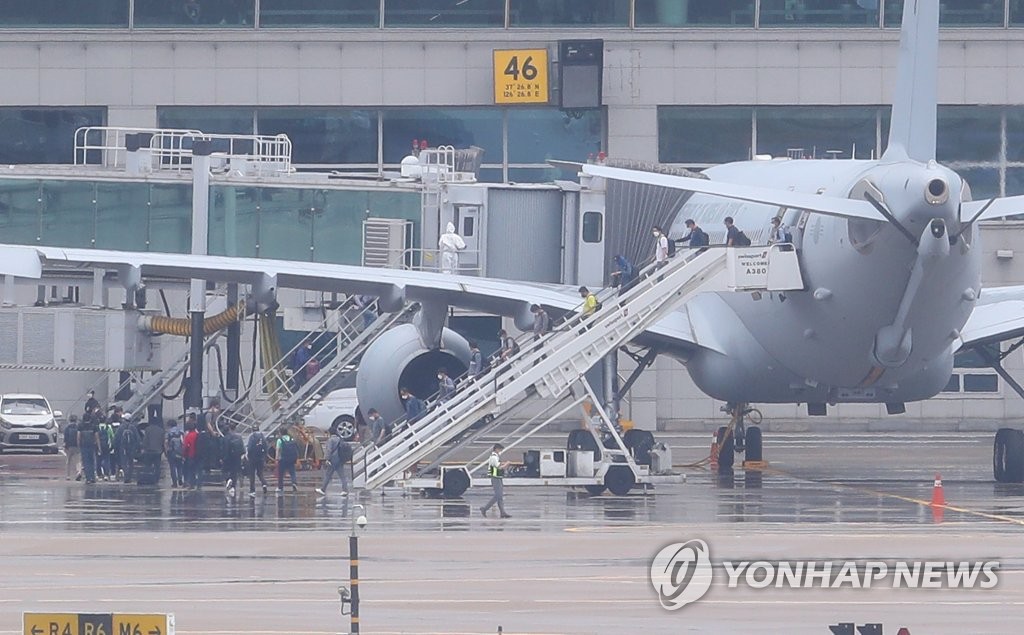 If Saturday's figure does exceed 100, it would mark the first time since April 1 for the country to report more than 100 cases. The number of daily cases peaked here on Feb. 29, when it reached 909.

Two South Korean military planes arrived back home on Friday, carrying 293 people from Iraq amid the worsening outbreak of the new coronavirus in the Middle Eastern country. They will be put under a two-week quarantine.

Among the first group of 105 South Korean workers who arrived here from Iraq on July 15, 45 tested positive for the virus.

Health authorities said given spiking cases traced to Russian ships, the country may be added to a list of high-risk nations, which covers Bangladesh, Pakistan, Kazakhstan, Kyrgyzstan, the Philippines and Uzbekistan.

Foreign arrivals from the six nations are obligated to hand in virus-free proofs upon arrivals.

Imported cases have been showing no signs of a letup, increasing by daily double-digit figures for nearly a month, putting a strain on the country's efforts to contain virus spread.

The country reported 41 new cases Friday, raising the total caseload to 13,979. Of the newly added cases, 28 were local infections, most of which were reported in the Seoul metropolitan area.

New virus cases reached 59 on Thursday due to the rising number of cases traced to a nursing home in Seoul, a front-line military base, and churches. The country reported 63 cases on Wednesday, after falling below 30 for the first time in around three weeks on Monday.

Of the locally transmitted cases reported Friday, 19 were from Seoul.

A nursing home in western Seoul reported another new COVID-19 case on Friday, raising the total number of related cases to 21.

A church located in southern Seoul reported 10 new infections, raising the total number of related cases to 18, as its members did not follow social distancing guidelines that banned gatherings other than regular worship services.

South Korea plans to lift the ban, imposed earlier this month, later in the day.

"Health authorities are closely monitoring local churches despite the lift, as the number of new infections from such facilities is rising," Yoon Tae-ho, a senior health official, said during a daily briefing. 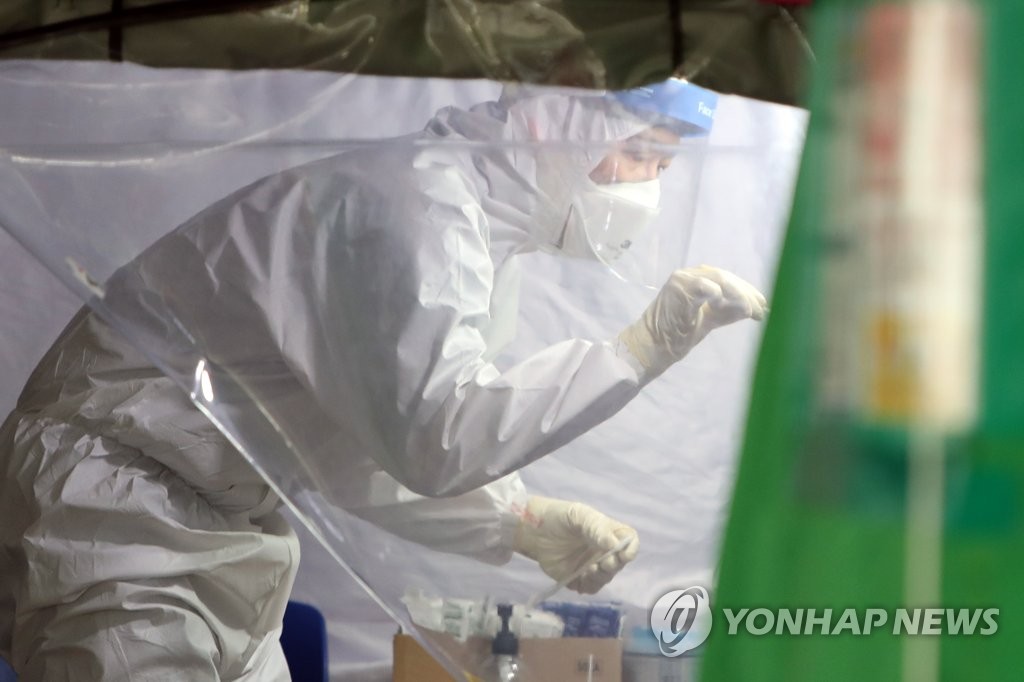 Health authorities said four new cases were traced to an Army unit in Pocheon, some 45 kilometers north of Seoul, as of Friday, raising the total to 21.

South Korea said it has been carrying out COVID-19 tests on all new military recruits, and the group infections were traced to an outside instructor who visited the base.

South Korea said it will gradually allow spectators to attend sports events, starting with baseball games on Saturday, as the daily locally-transmitted cases stayed below 50.

This week, the country also reopened museums and libraries in the greater Seoul area.

The country's death toll came to 298, up one from the previous day, according to the KCDC. The fatality rate reached 2.13 percent.

The number of patients fully cured of the virus reached 12,817, up 59 from Thursday.