SEOUL, July 24 (Yonhap) -- The wait is over for South Korean sports fans.

The government announced on Friday that fans of professional baseball and football will be allowed to attend games as early as Sunday, though on a limited basis. 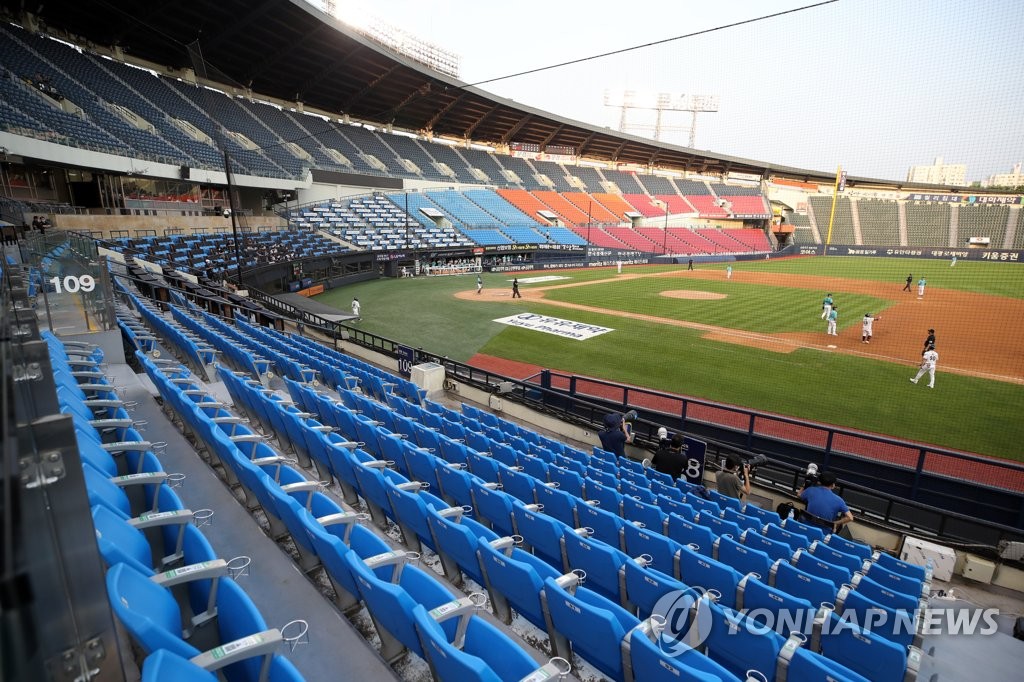 The Korea Baseball Organization (KBO) and the Korea Professional Football League (K League) opened their seasons in May, with both starts pushed back by over a month due to the coronavirus pandemic, and teams have been playing in front of empty seats.

The government said the KBO will be allowed to open stadium gates starting Sunday, with 10 percent of the seats available for fans. League officials said clubs that are prepared will sell tickets for Sunday's game, while others will join them early next week.

The K League will be able to follow suit on Aug. 1, with the same 10 percent rule in effect to ensure social distancing and prevent COVID-19 infections.

During a press briefing, Yoon Tae-ho, a senior official at the Central Disaster Management Headquarters, said cities and regions under heightened social distancing guidelines will not be permitted to put fans in seats until their situation improves.

The city of Gwangju, 330 kilometers south of Seoul, and the southern province of South Jeolla are both under "Level 2" in the three-tier social distancing scheme, which was introduced in late June. Those regions have seen their local cases spike in recent weeks.

Gwangju is home to the KBO's Kia Tigers and K League 1's Gwangju FC. Jeonnam Dragons, based in the second-tier K League, play out of Gwangyang, South Jeolla Province.

The decision is a welcoming bit of news for sports teams, as they have been stuck in dire financial situations without any gate receipts in 2020. Selling just 10 percent of the seats will be a much-needed relief. 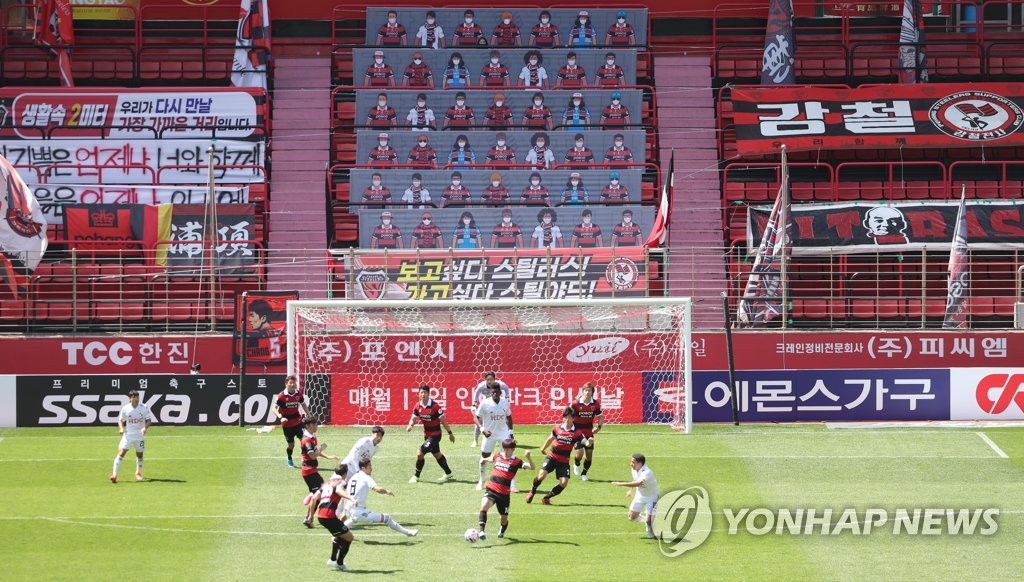