SEOUL, July 25 (Yonhap) -- While pitching for the KT Wiz in his first South Korean season last year, right-hander Raul Alcantara noticed something on his teammates' hats.

Whenever someone went down with an injury, players would write their numbers with a white marker on the hats, in a show of solidarity and support. Alcantara had never seen that before, and now pitching for the Doosan Bears for his second Korea Baseball Organization (KBO) season, the Dominican native decided to follow the practice. 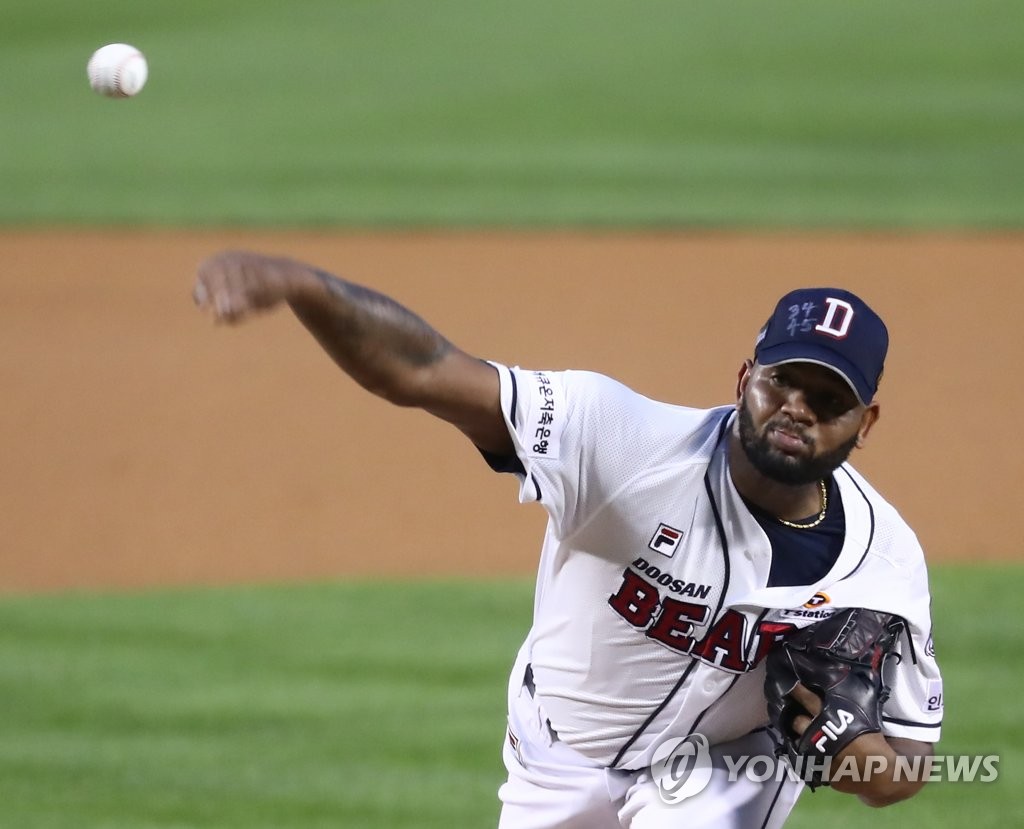 "I thought it was a beautiful tradition," Alcantara said Tuesday, after shutting down the Kiwoom Heroes over seven strong innings in a 6-1 victory. He scattered five singles while striking out eight and walking none.

To the right of the "D" logo on Alcantara's hat are numbers 34 and 45. They belong to two injured pitchers, Chris Flexen and Lee Yong-chan.

Flexen is expected to miss over a month with a broken foot after getting struck by a batted ball last week. Lee is out for the season following an elbow surgery in June.

"The guys aren't with the team at the moment, but I wanted to keep sending them my support," Alcantara said. "This is my way of telling them that we're all in this together."

Alcantara and Lee have formed a special bond this season. Alcantara said Lee taught him how to better grip the forkball, a pitch that has long been Lee's bread and butter, and Alcantara credited Lee's help with putting him on a dominant stretch in July. 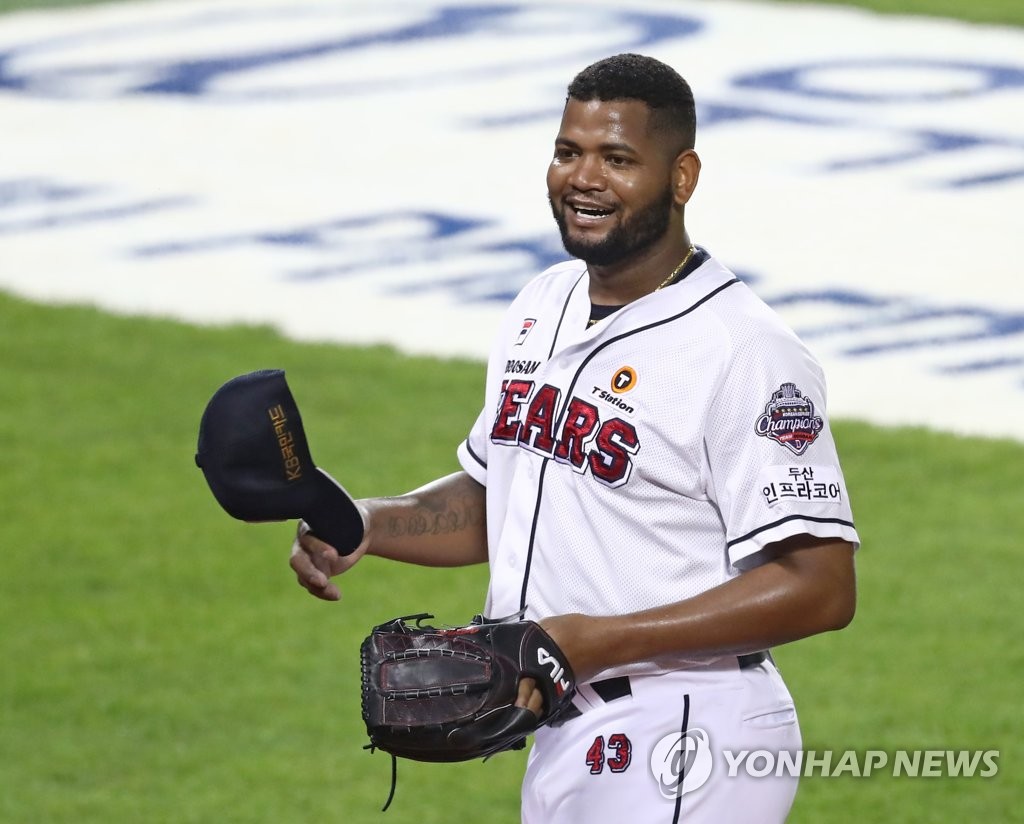 In four starts this month covering 27 innings, Alcantara is 3-0 with a 1.00 ERA, plus 31 strikeouts against only one walk. He had been merely a good pitcher in May and June, with a 3.69 ERA and a 52-to-11 in strikeout-to-walk ratio over 63 1/3 innings. He's been virtually unhittable in July.

He threw his forkball only 0.1 percent of the time all of last season, and the usage rate has spiked to 11.5 percent this season. In Tuesday's start, Alcantara threw 20 forkballs out of 94 pitches, behind only his four-seam fastball (48 pitches) in frequency. Of Alcantara's eight strikeouts in that game, five came via forkballs.

Compared to last season, Alcantara's strikeout rate jumped from 13.8 percent to 22.7 percent. This stat -- strikeouts divided by total batters faced -- shows the frequency with which a pitcher strikes out batters, and Alcantara is fifth in the KBO in the category.

Alcantara had an interesting thought on his forkball, saying the effectiveness of the pitch is twfold -- physical and mental.

"It's an extra pitch that hitters have to worry about (other than my fastball)," Alcantara said. "It's obviously important to throw it well and get the hitters to fan on it. But it also works to my advantage if I can just have them think about that new weapon and keep them on their toes." 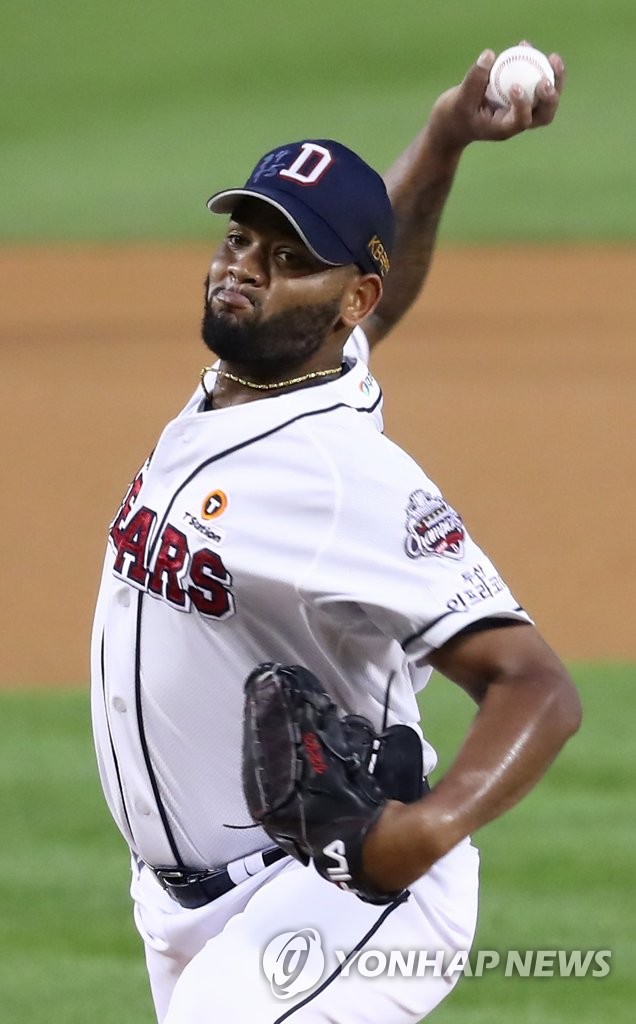