SEOUL, July 24 (Yonhap) -- Inspections of about two dozen activist groups registered with the unification ministry will begin in mid-August, an official said Friday, amid growing complaints that the move is aimed at restricting activities of North Korean defector groups.

The ministry earlier said it will inspect 25 entities, mostly related to North Korea, to see if they are run according to the requirements and conditions under which they were allowed to register with the government.

The move came after the ministry revoked the operation permits of two North Korean defector groups for sending anti-Pyongyang propaganda leaflets across the border, following the North's shocking demolition of an inter-Korean liaison office building in anger over such leaflets criticizing leader Kim Jong-un.

"We will begin the inspection in mid-August," Cho Hey-sil, the ministry's deputy spokesperson, told a regular press briefing. "We are fixing the schedule with the activist groups. We are also sending out official letters to the groups that have confirmed the schedule."

Activist groups and critics have urged the government to halt the planned inspections, criticizing the ministry's move as "discrimination and crackdown" that restricts the activities of defector groups.

The government has urged activist groups not to send leaflets across the border, saying the launches violate an inter-Korean exchange and cooperation act and could jeopardize the safety of residents in border areas.

But the groups have ignored the appeal, citing their right to freedom of expression and stressing that their leafleting aims to provide information to people in the oppressive North Korean state. 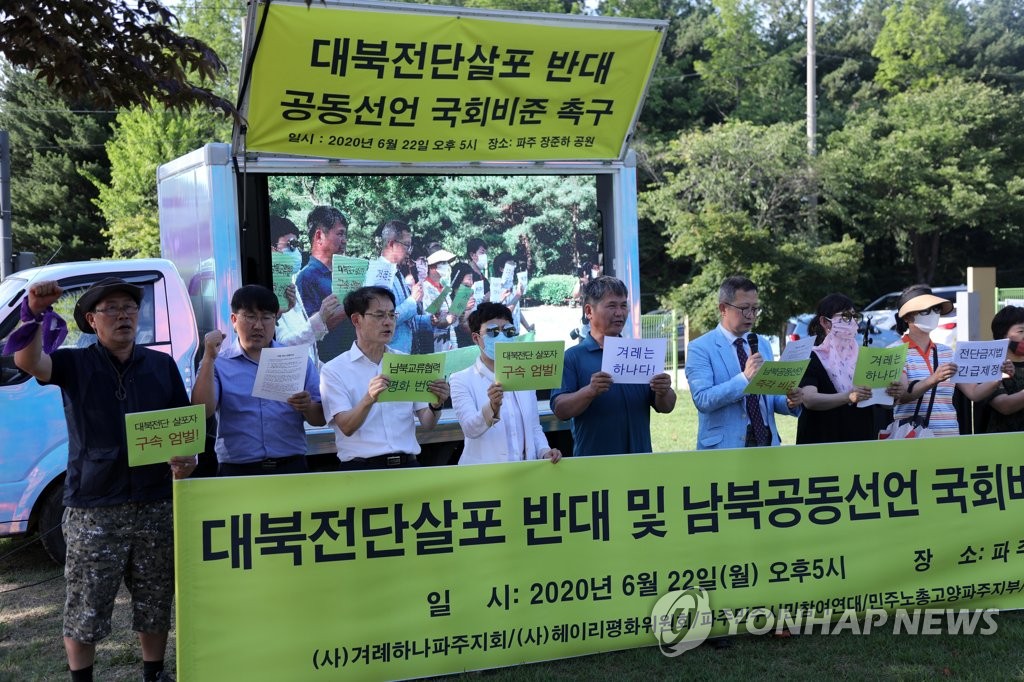