SEOUL, July 24 (Yonhap) -- President Moon Jae-in on Friday assured Koreans living abroad that his government would continue every effort to help and protect them especially in the midst of the novel coronavirus pandemic.

He reaffirmed the commitment during a teleconference with a group of overseas Koreans, all of whom he described as "proud civilian diplomats" of South Korea.

"The state has an obligation to protect the lives and safety of its people and overseas compatriots," Moon said, using teleconference equipment set up at the foreign ministry building in Seoul. 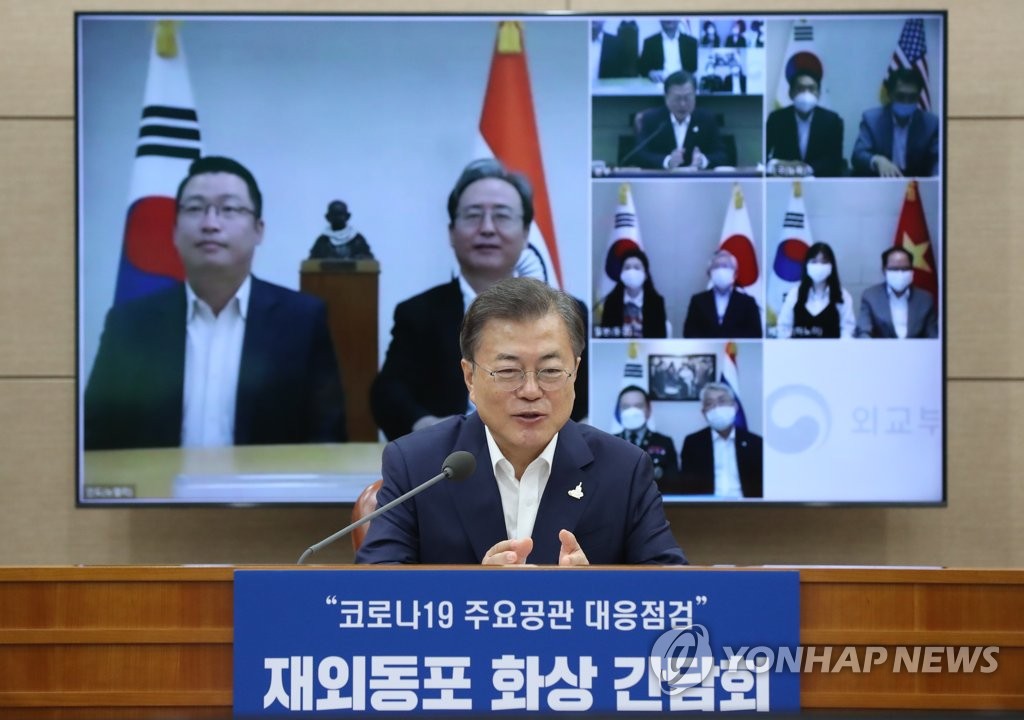 Since the outbreak of COVID-19, the government has done its best for the safe return of overseas Koreans amid border controls and regional blockades, he pointed out.

More than 40,000 people in 117 nations have flown back to South Korea on chartered flights, he added.

The president called on the foreign ministry and diplomatic missions to keep playing a key role in providing relevant support.

He said South Korea's global stature has been enhanced for its effective curbs on the spread of the virus without closing its border or shutting down any areas.

This has become possible thanks to the people's voluntary participation in the anti-virus fight on the basis of "mature civic awareness," Moon said.

Joining the session were representatives from the Korean communities in China's central city of Wuhan, New Delhi, New York, Tokyo, Hanoi and Bangkok as well as top South Korean envoys there.