SEOUL, July 24 (Yonhap) -- Samsung Electronics Co. has recaptured the second spot in the Indian smartphone market in the second quarter of the year, a report showed Friday, apparently riding on growing anti-China sentiment in the South Asian nation.

The South Korean tech giant accounted for 26 percent of the Indian market in the April-June period after selling 4.8 million smartphones, according to a report from market researcher Counterpoint Research.

China's Xiaomi defended the top spot with 29 percent, though its gap with Samsung narrowed. Its Chinese compatriot Vivo came in third with 17 percent.

In the first quarter of the year, Samsung was ranked third with a 16 percent market share, trailing Xiaomi with 30 percent and Vivo with 17 percent. 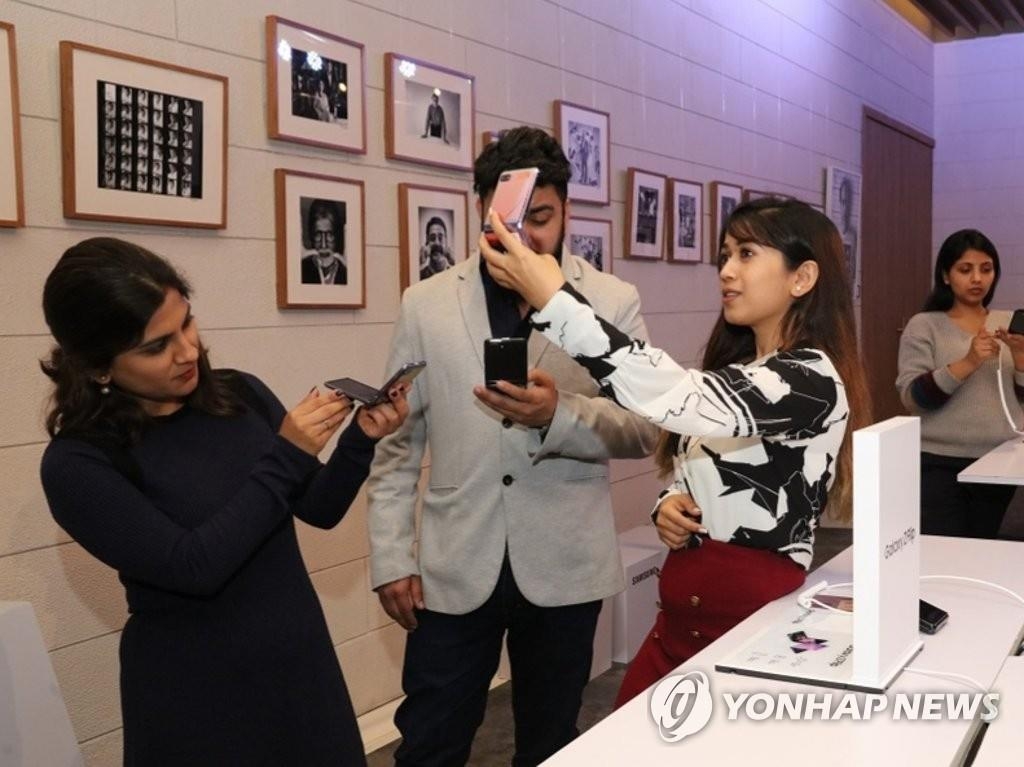 Anti-China sentiment has been growing in India with a public boycott of Chinese-made goods following the deaths of 20 Indian soldiers in last month's border clash between the two nuclear-armed neighbors.

Samsung has been also boosting its marketing in India, rolling out sales programs like the Galaxy Assured, which offers users a buyback option that gives a maximum 70 percent of the value of premium smartphones, while expanding retail channels of its M series smartphones.

Meanwhile, LG Electronics Inc. said its smartphone sales have also been sharply increasing in recent months on the back of Indian consumers' boycott of Chinese products.

According to the Seoul-based company, its smartphone sales have seen a tenfold increase in the past two months. LG has also been pushing a localized marketing scheme under the slogan of "India specific and India first."

The company said it plans to release six more smartphones in India.