SEOUL, July 24 (Yonhap) -- At the tender age of 24, Lotte Giants' right-hander Park Se-woong is already pitching in his sixth professional season. And yet, he'd be the first to admit he's still very much a work in progress.

To wit: Park has to keep reminding himself to be more aggressive and pitch inside.

Park did enough of that to pick up a win over the Kiwoom Heroes in the Korea Baseball Organization (KBO) on Friday. He struck out seven batters to tie his season high over 5 1/3 innings while giving up five hits, including a home run, as the Giants won 4-2.

Before the game at Gocheok Sky Dome in Seoul, Lotte manager Her Mun-hoe said he'd rather see his pitchers give up home runs than walks, because he didn't want to see them pitch away from the zone all the time. Her also noted that Park had won a few games when he allowed home runs but not walks.

The bespectacled one did give up a long ball in Friday's game and also issued two free passes. But overall, Park said he was pleased with the way he attacked the hitters. 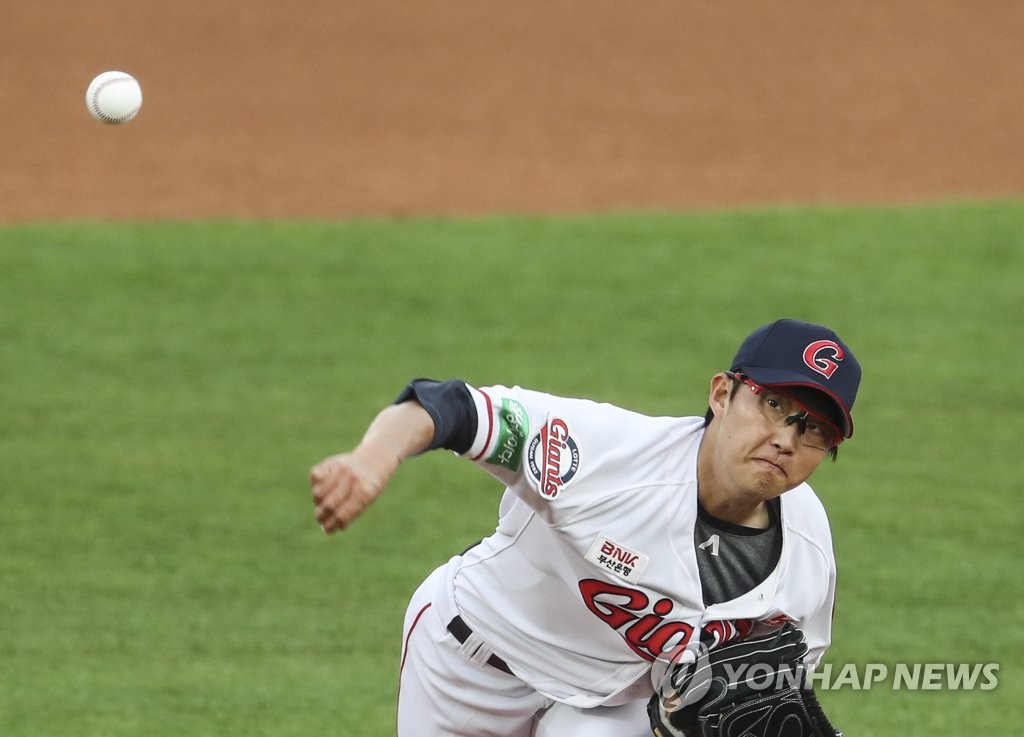 "Despite the home run, I managed to pitch into the sixth inning," Park said in his postgame interview. "A game like this reminds me that I have to stay aggressive and not worry about giving up a run here and there."

On Park Dong-won's solo home run in the second inning, Park Se-woong said he wanted to go inside but left that fastball over the middle of the plate. He still gave himself a high mark for trying.

Home runs have been an issue for Park. In 60 innings in 2019, Park only gave up three long balls. But in 66 innings, opponents have gone deep 11 times against him already.

"I have to be able to command my pitches better and stay low in the zone," Park said. "When I am behind in the count or have runners on base, sometimes I try to overpower hitters. I should try to be more precise."

Park has had to deal with assorted injuries in recent years and was in fine form in spring training. With the start of the regular season pushed back by more than a month due to the coronavirus pandemic, Park wasn't able to stay sharp when Opening Day rolled around in May.

"I think my forkball command is improving," Park said of his main out pitch. "In some early games, I was forcing the issue too much. Now, I am just happy that I am able to pitch pain free."