SEOUL, July 25 (Yonhap) -- South Korea's new virus cases surged to an almost four-month high on Saturday as infections coming in from overseas reached a new record, with more related cases to come for the time being.

The country reported 113 new cases of the coronavirus, raising the total caseload to 14,092, according to the Korea Centers for Disease Control and Prevention (KCDC). Of the newly added cases, 86 were imported.

The surge in imported cases came as infections soared among South Korean workers returning home from Iraq on Friday and among Russian sailors. 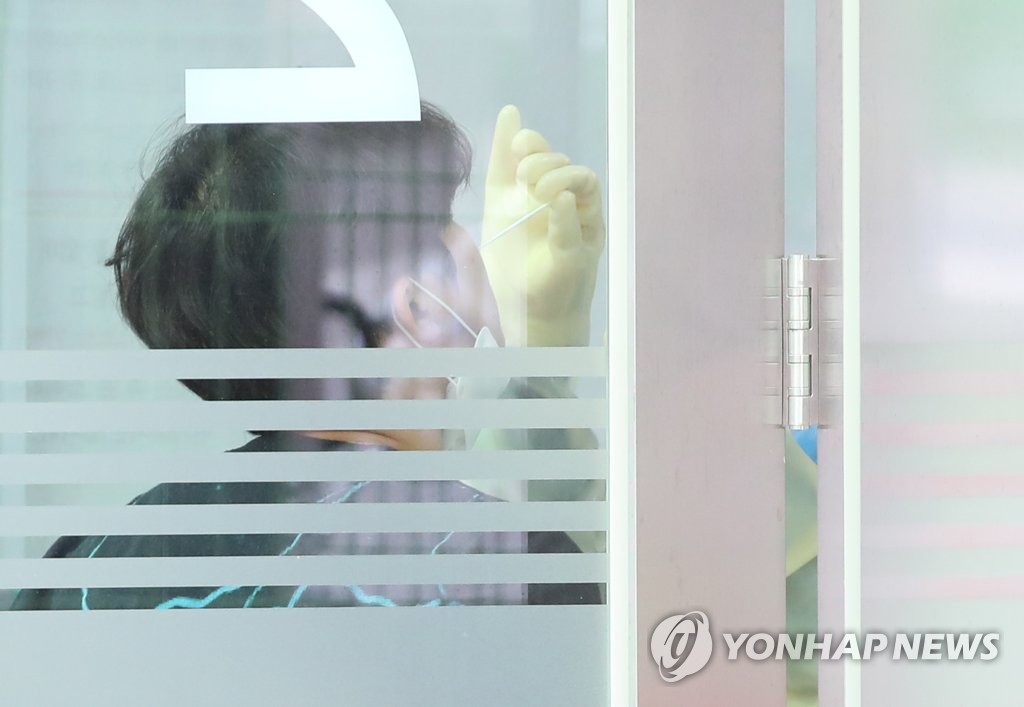 It marked the first time since April 1 for the country to report more than 100 cases. The number of daily cases peaked here on Feb. 29, when it reached 909. South Korea reported its first case on Jan. 20.

After falling below 30 for the first time in more than three weeks on Monday, the country's new virus cases gradually increased throughout the week on locally transmitted cases tied to a nursing home, churches and a front-line military base.

Of the imported cases, 36 were from Iraq, followed by Russia with 34.

The Philippines accounted for five cases, and three cases came in from the United States, according to the KCDC.

On Friday, some 300 South Korean workers returned home from the Middle Eastern country, with around 90 of them showing virus symptoms.

More related cases are feared to come down the road as health authorities are currently carrying out COVID-19 tests on more returned workers.

As of 10 a.m., South Korea had identified 35 more cases among the workers, raising the related cases to 71 in total. The newly identified patients will be included in Sunday's tally.

Health authorities said 211 people have tested negative for the virus so far, although they will continued to be monitored over a two-week quarantine period. 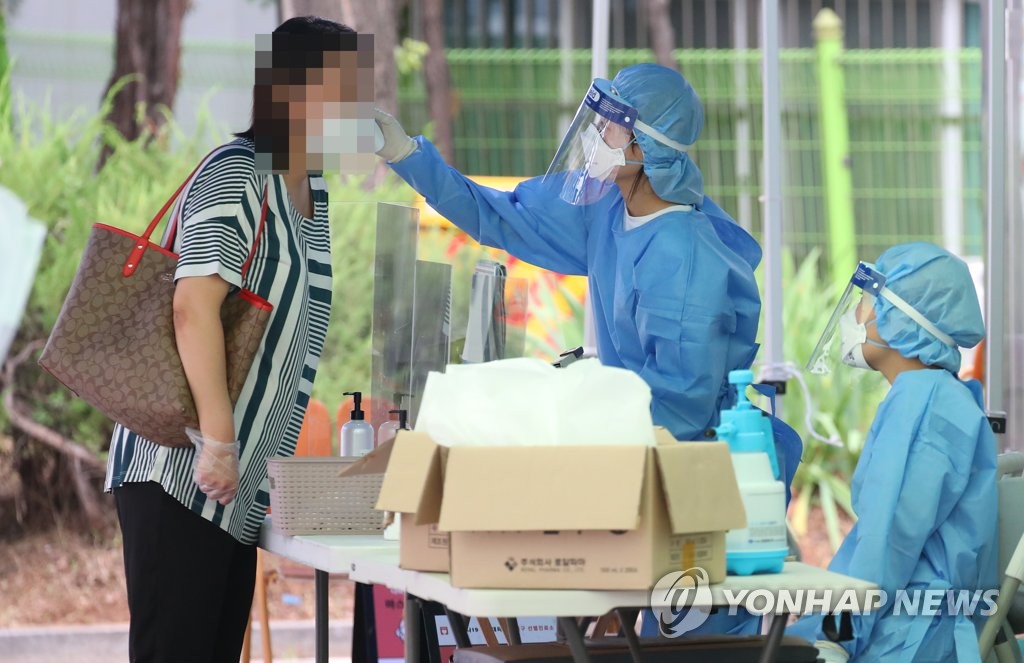 Some 30 sailors on a Russia-flagged fishing vessel docked in the southeastern city of Busan were also confirmed to have been infected with the new coronavirus. Since June, South Korea has detected at least 78 virus cases from eight Russian ships docked here.

Also, seven more cases tied to repair workers who boarded the Russian ship were reported, raising the total number of related cases to eight. Of them, seven were South Korean nationals.

The figure could rise further as tests on those who have contacted the patients are still under way.

In a bid to stem further inflows of the virus, South Korea placed six countries -- Bangladesh, Pakistan, Kazakhstan, Kyrgyzstan, the Philippines and Uzbekistan -- on a list of such high-risk countries, with foreign arrivals from those countries required to submit a certificate showing they tested negative for the new coronavirus.

South Korea is now considering adding Russia to the list.

Health authorities currently place all arrivals, including South Korean nationals, in a two-week quarantine, regardless of health certificates.

On Saturday, South Korea announced that it has decided to carry out two COVID-19 tests on all arrivals from the high-risk nations. 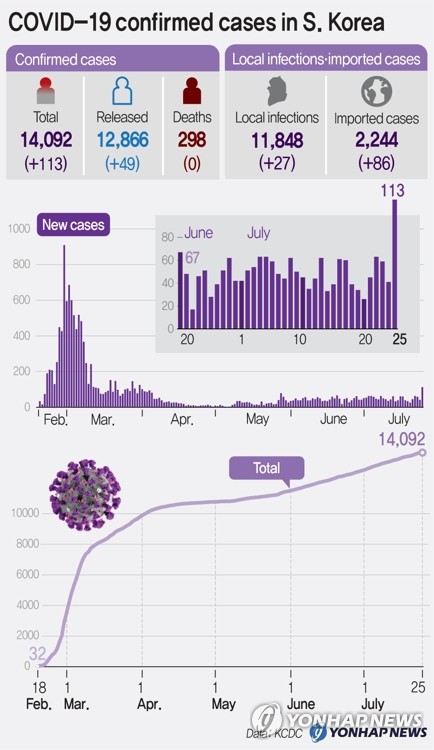 Health authorities said there have been a total of 15 local cases tied to imported cases so far.

Of 27 locally transmitted cases, 11 were from the capital city of Seoul.

A church located in southern Seoul reported another new infection, raising the total number of related cases to 19, as its members did not follow social distancing guidelines that banned gatherings other than regular worship services.

South Korea has been raising its guard against imported cases, while easing social distancing as local infections have been judged to be under control.

The country will gradually allow spectators to attend sports events starting with baseball games on Saturday. On Monday, the country also reopened museums and libraries in the greater Seoul area.

South Korea gave the go-ahead to all church gatherings as of Friday. Over the previous two weeks, meetings other than regular worship services had been banned.

The country's death toll stayed at 298, according to the KCDC. The fatality rate slightly fell to 2.11 percent.

The number of patients fully cured of the virus reached 12,866, up 49 from the previous day.