SEOUL, July 25 (Yonhap) -- South Korea's imported virus cases hit a record daily high on Saturday due to an influx of infections coming in from Iraq and Russia, putting more strains on the country's anti-virus fight.

The country added a whopping 86 imported cases, raising the total number of such infections to 2,244, according to the Korea Centers for Disease Control and Prevention (KCDC).

On Saturday, the country's daily new cases also breached 100 for the first time since April 1.

Imported cases have been rising by double digits for 30 consecutive days.

The record-high number of imported infections came as 36 South Korean workers flown in from Iraq on Friday were confirmed to have contracted the virus. 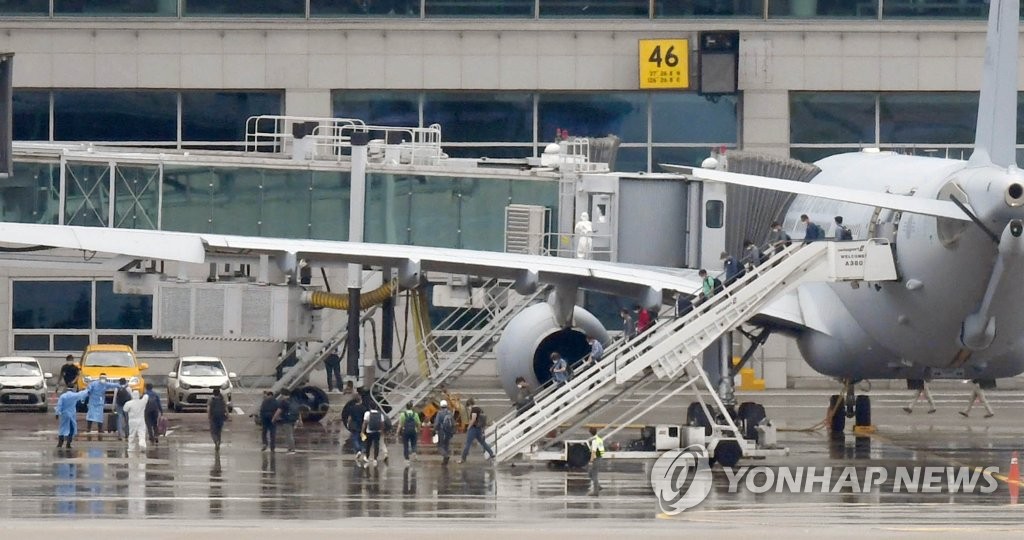 The number of COVID-19 cases among the returned workers is likely to rise down the road as the country carries out more tests on them, they added.

Russian ships docked at the southern port city of Busan have been also a source of concern for health authorities.

On Saturday, a total of 34 new cases were traced to a 7,733-ton Russian ship that docked in the southeastern port city of Busan on July 8.

The country, which has been considered one of the most successful nations in the fight against the pandemic, has been strengthening quarantines against arrivals from overseas as the number of new cases has shown no signs of a slowdown globally.

South Korea has been requiring foreigners arriving from six high-risk countries to submit a certificate showing they tested negative for the new coronavirus. 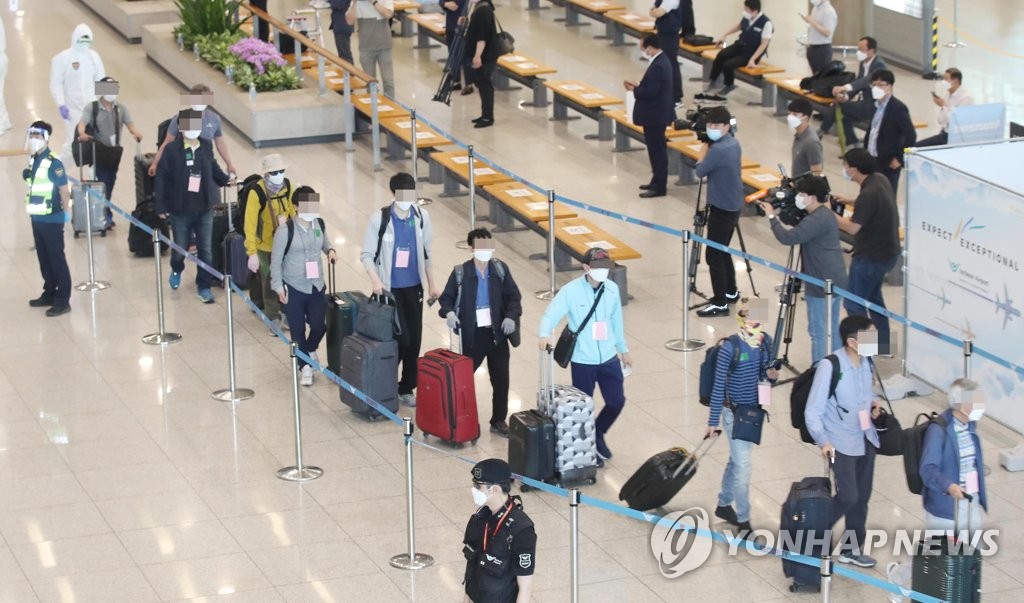 The country placed six countries -- Bangladesh, Pakistan, Kazakhstan, Kyrgyzstan, the Philippines and Uzbekistan -- on a list of such high-risk countries. It is also considering adding Russia to the list.

Currently, all arrivals, including South Korean nationals, are forced to put themselves under a two-week quarantine.

Of the imported cases, around half of them were screened at checkpoints.

Asian countries, excluding China, accounted for 42 percent, and the Americas took up 32.4 percent. Those from China accounted for less than 1 percent, although South Korea reported its first COVID-19 case from a Chinese person on Jan. 20.

Around a third of the patients from the accumulated imported cases were foreign nationals.