Park made the comment in a written document submitted to the National Assembly on the day for his confirmation hearing slated for Monday. 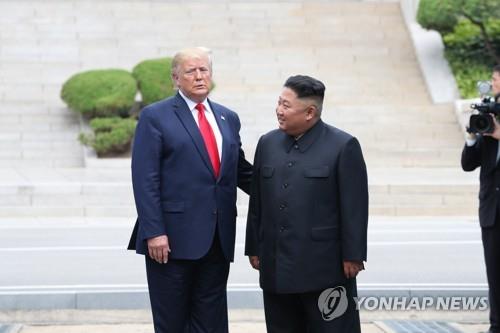 "If conditions are met, such as positive responses from North Korea, I believe that the possibility of the third U.S.-North Korea summit remains open," Park said, pointing to "the unprecedented top-down ways" the two sides have sought to resolve the North's nuclear issues and to establish peace on the Korean Peninsula.

The nominee then cited President Donald Trump's remarks earlier this month that he would meet North Korean leader Kim Jong-un if he "thought it was going to be helpful."

Trump and Kim have met three times since their first summit in June 2018 in Singapore, where they agreed to work toward denuclearization of the peninsula in exchange for security guarantees.

The nuclear negotiations have remained stalled since the no-deal second summit held in Hanoi last year due to differences over the scope of the North's denuclearization and concessions by Washington.

"Inter-Korean relations are also in difficult situations, but it is needed (for the South Korean government) to employ every diplomatic and political capability and to engage more proactively," Park said.

Asked if he sees North Korea as the South's "main enemy," Park said South Korea regards "all entities that threaten and violate our sovereignty, territory and property of the people as enemies, and I fully agree with the concept."

He then added North Korea is also "our counterpart for dialogue and peaceful reunification." 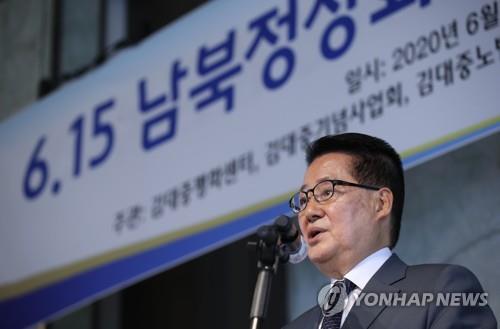