SEOUL, July 26 (Yonhap) -- Microsoft co-founder Bill Gates has sent a letter to President Moon Jae-in to express hope to beef up joint work between South Korea and his foundation in responding to the new coronavirus, the presidential office said Sunday.

The chief of the Bill & Melinda Gates Foundation said in the letter sent on Monday that he was impressed by South Korea's coronavirus response, citing its quarantine measures and the private sector's vaccine development efforts, according to Cheong Wa Dae.

If South Korea's SK Bioscience Co. succeeds in developing a vaccine for the new virus, the company will be able to produce 200 million vaccines a year starting June next year, Gates was quoted as saying. SK Bioscience has won US$3.6 million in research funding from the foundation to develop a COVID-19 vaccine.

Gates also said he will expand the foundation's investment in Right Fund, a nongovernmental agency that it set up in 2018 together with Seoul's health ministry and five Korean biopharmaceutical firms to help developing countries resolve public health problems.

Gates congratulated first lady Kim Jung-sook on her appointment as the honorary president of the International Vaccine Institute's (IVI) Korea support committee. The IVI is an international agency dedicated to vaccine research and development.

Moon and Gates held phone talks in April and have agreed to expand cooperation in efforts to develop vaccines and treatments against the new virus. 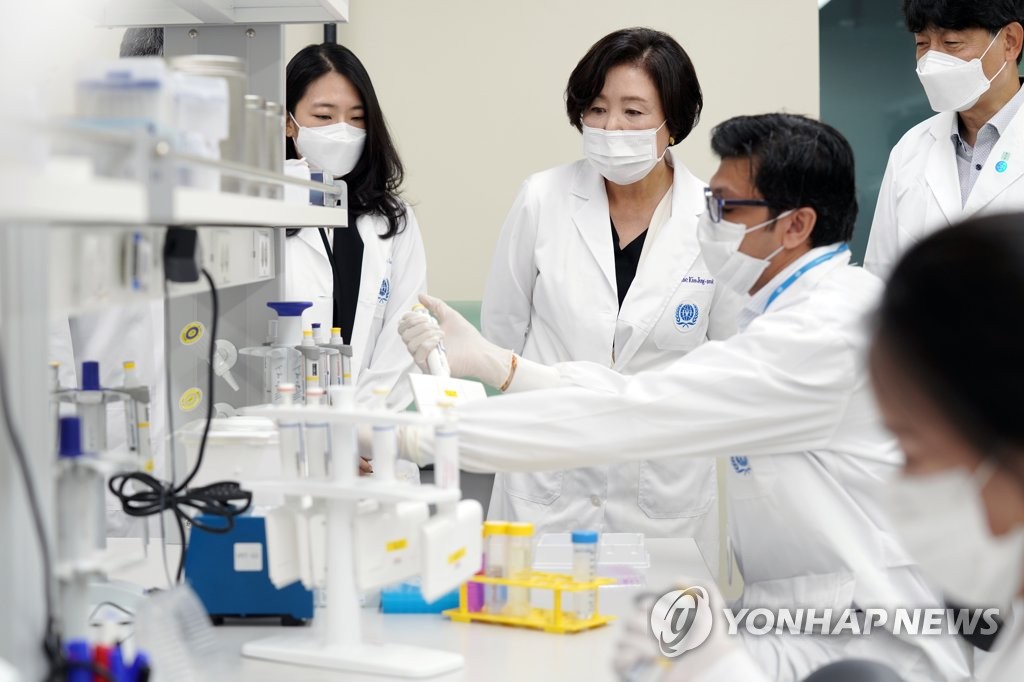