The Army held a retirement ceremony, presided over by Aviation Operations Command Commander Maj. Gen. Kang Sun-young, commemorating UH-1H's 52 years of service to defend the country and its people.

The Army has operated 129 UH-1H choppers. They flew an accumulated 792,000 hours over 146 million kilometers during the period, it said.

The UH-1H choppers were mobilized in various missions and trainings, as well as in rescue operations and fire suppression activities.

The Army is also pushing for the deployment of an upgraded version of the Surion helicopter to focus on transporting emergency patients.

"We are pushing to enhance our choppers' capabilities ... to better carry out missions in all weather, day and night," the Army said in a release. 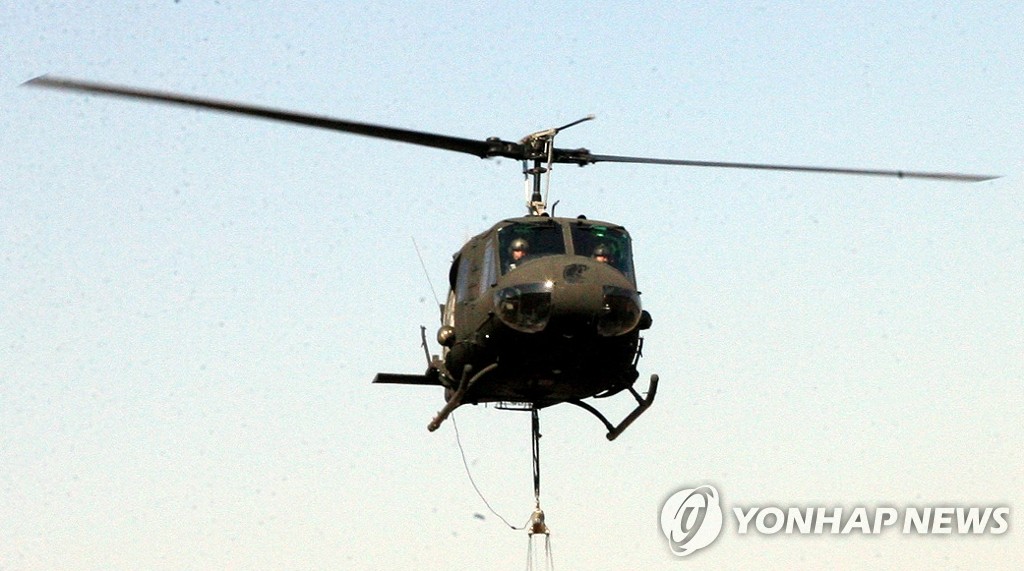