SEOUL, July 27 (Yonhap) -- Two of the hottest clubs in South Korean baseball this month will collide in a key three-game series starting Tuesday, while former National League All-Star Addison Russell will make his much-anticipated debut on the same day.

The Korea Baseball Organization (KBO) will enter its first full week of action with fans back in the stands. Ironically, though, perhaps the most intriguing midweek series, with the KT Wiz visiting the Kia Tigers in Gwangju, will be played without a crowd.

Last Friday, the South Korean government gave its green light to KBO clubs to allow fans at games, and the doors swung open on Sunday. 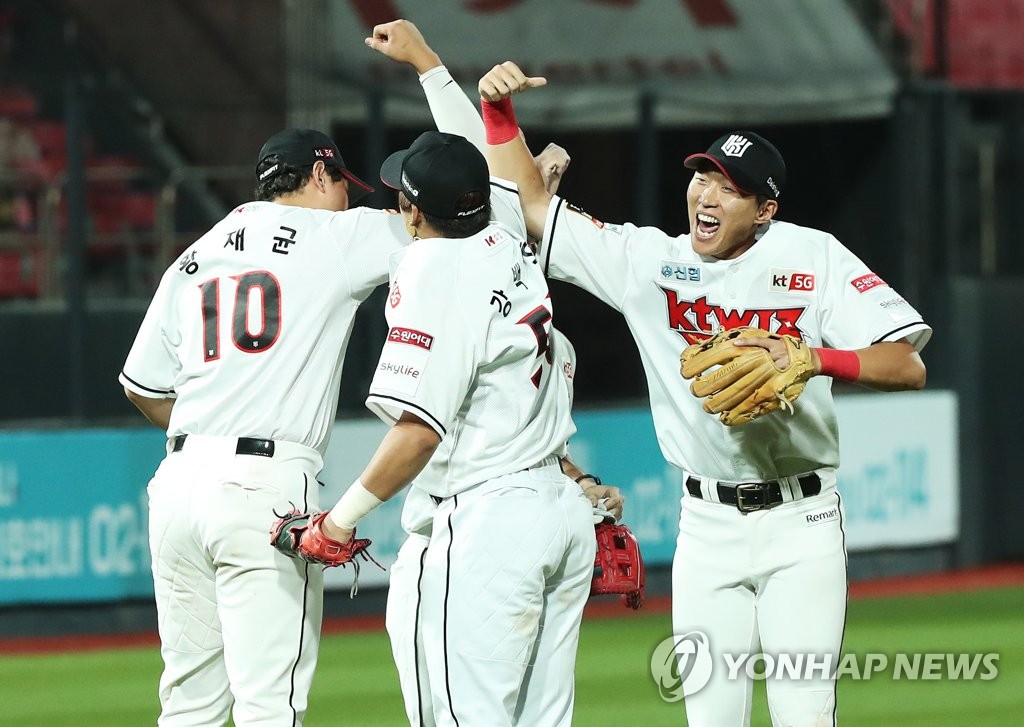 However, the Tigers' home city of Gwangju, 330 kilometers south of Seoul, remains under strict social distancing guidelines, and all outdoor gatherings of 100 or more people are prohibited. Until those measures are eased in Gwangju, fans of the Tigers won't be allowed to attend their home games.

Even without fans, the Tigers have soared to third place thanks to a 13-8 record in July, third-best in the league this month. They're also riding a four-game winning streak to reach 37-29 for the season.

The Wiz own the league's best record in July at 13-6-1, the last number being a tie, and they're in sixth place at 34-33-1, half a game ahead of the reeling Samsung Lions, losers of four straight.

The Wiz are still two games out of the fifth and final playoff spot, currently occupied by the LG Twins (36-31-1). Since joining the KBO in 2015, the Wiz have never made the postseason or finished the regular season with a .500 record. Getting the better of the Tigers this week will be a start toward achieving both. The Wiz are ahead 5-4 in the season series so far. 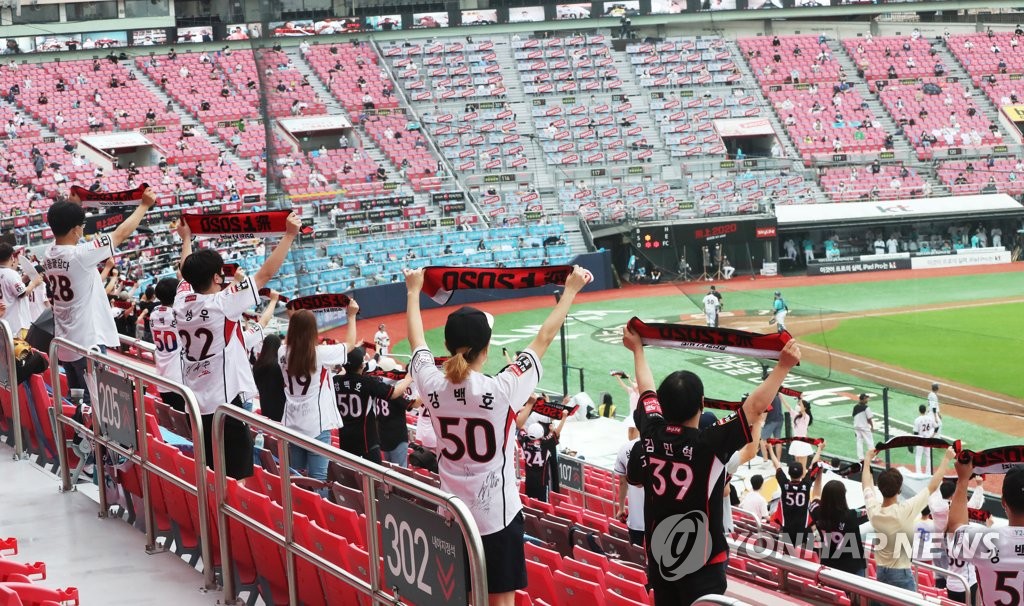 Elsewhere, the Doosan Bears will host the Kiwoom Heroes for their second straight midweek series starting Tuesday. The two were to meet for three games from last Tuesday to Thursday at Jamsil Baseball Stadium in Seoul, but ended up playing only the first game while the next two were rained out.

The Heroes have since slipped from third to fourth in the standings, and their stagnant lineup will receive a jolt on Tuesday as Russell, the 2016 All-Star and World Series champion with the Chicago Cubs, makes his KBO debut.

Russell recently served his 14-day mandatory quarantine and played two minor league games last week. He batted 5-for-6 with two doubles and an RBI in those two contests and is expected to bat in the heart of the lineup right away. 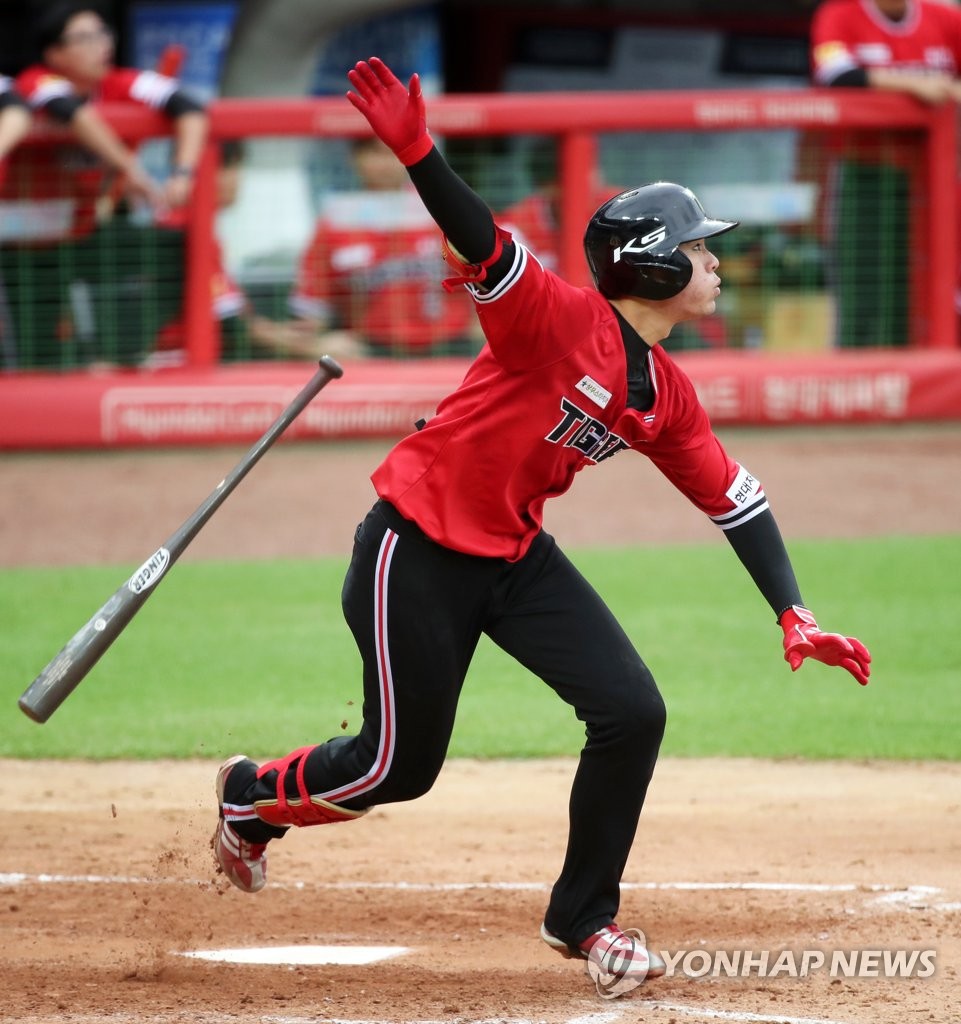 Russell was a Gold Glove finalist at shortstop in 2016 and should replace incumbent Kim Ha-seong in that spot for the Heroes. Kim, in turn, will likely move to third base. Russell is also expected to spell veteran Seo Geon-chang at second base from time to time.

The Bears-Heroes series may once again be affected by inclement weather, with rain showers in the forecast in the capital city most of the week.

Later this week, the Hanwha Eagles will visit the LG Twins in Seoul in hopes of beating them for the first time in 2020, having gone 0-9 against them so far.

In a sign of the Eagles' sheer ineptitude this season, they have lost eight in a row and it has barely registered as newsworthy. They tied a league record with an 18-game slide earlier this year, and they could become the first KBO team ever to lose 100 games in a season. 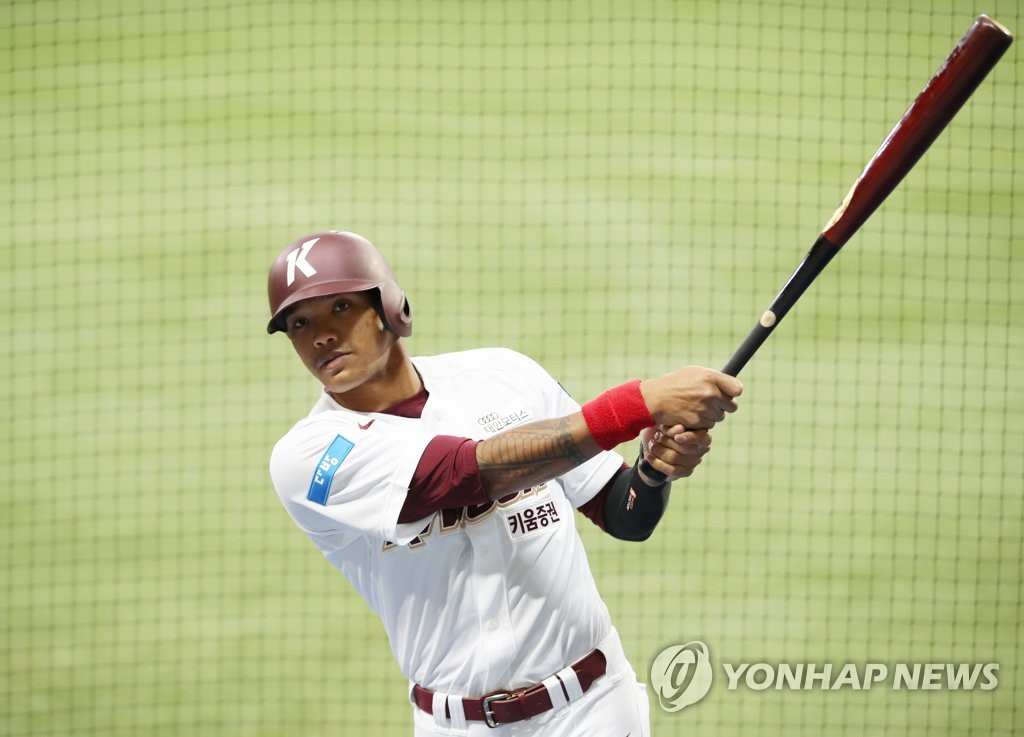