SEOUL, July 27 (Yonhap) -- Park Jie-won, the National Intelligence Service director nominee, was intensively questioned during his confirmation hearing Monday over allegations that he fabricated his school records when he was an influential government official.

Park, a former four-term lawmaker, claimed before and during the hearing that he transferred to Dankook University in 1965 after finishing a two-year course at Gwangju National University of Education.

But lawmakers of the main opposition United Future Party (UFP) suspect the nominee submitted false records during the transfer process, claiming he finished a four-year course at Chosun University. They alleged Park secretly revised his academic records at Dankook in 2000 using his power as then culture minister to claim that he moved from Gwangju National University of Education, in order to cover up the alleged fabrication.

Park also served as a chief secretary to late former President Kim Dae-jung, who ruled the country from 1998 to 2003. 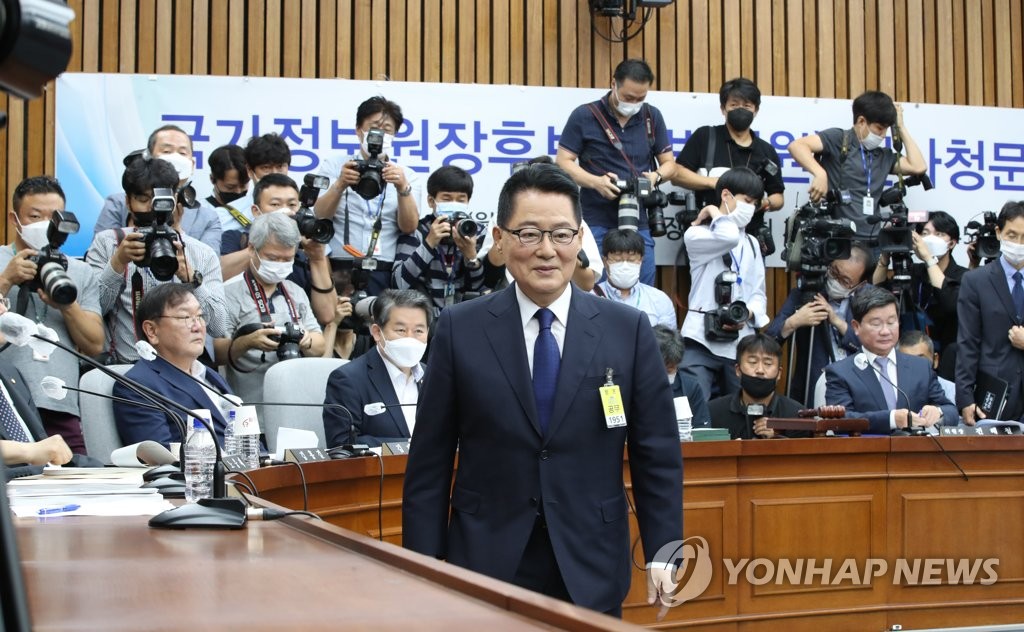 During the parliamentary hearing, Rep. Ha Tae-keung of the UFP took the lead in raising the allegation that Park pressured Dankook University to revise his transfer records in 2000 while Park was in power.

Ha once again demanded Park submit original copies of school report cards, which Park refused, saying he is not at fault.

"The task of filing academic records is up to the (concerned) university. I am not in charge of it," Park said, rejecting Ha's repeated calls. "There's not even a modicum of flaws." 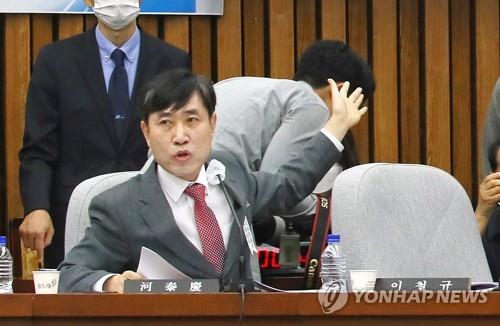 As for the Kim Dae-jung government's North Korea policy, Rep. Joo Ho-young, floor leader of the UFP, claimed that Park agreed to pay US$3 billion to North Korea in 2000 in return for arranging a summit meeting between President Kim and North Korean leader Kim Jong-il in June the same year.

Joo argued that a subsidiary inter-Korean agreement Park signed on April 8, 2000, as a special envoy in preparation for the summit required the South to provide the money for humanitarian purposes. The lawmaker then presented Park's signature on the document as evidence.

The nominee dismissed the allegation, saying he had not signed any such document.

Taking issue with Park's "friendly relations" with North Korea, the UFP has been trying to block his official appointment to head the spy agency.

But the parliamentary intelligence committee, where eight out of the total 12 seats are manned by the ruling Democratic Party, is highly likely to green light Park's final appointment. Even without approval from the committee, the president is entitled to go it alone and make the appointment official.

At the start of the confirmation hearing, Park pledged that, if he takes office, the National Intelligence Service will stay out of domestic politics and national elections in line with the government's efforts to reform the agency. 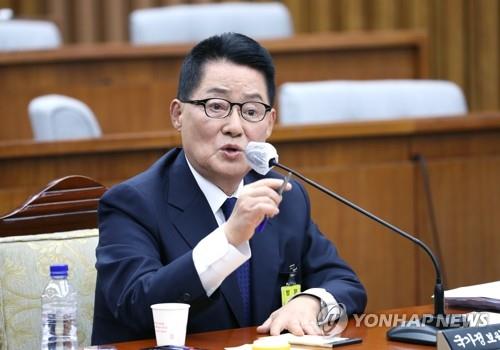