SEOUL/PANMUNJOM, July 27 (Joint Press Corps-Yonhap) -- United Nations Command (UNC) Commander Gen. Robert Abrams said Monday the command remains "unwavering" in its commitment to peace on the Korean Peninsula as he marked the 67th anniversary of the signing of the 1950-53 Korean War armistice agreement.

Abrams made the pledge during a ceremony at the inter-Korean truce village of Panmunjom to mark the anniversary amid chilled relations between the two Koreas and little progress in nuclear talks between the United States and the North.

"Last year on this day, when I stood before you right here at the Freedom House, there was an air of cautious optimism as the world witnessed a significant and palpable reduction of tensions between North and South Korea," he said. "Today, this cautious optimism has shifted somewhat to an air of uncertainty."

Still, lasting peace remains the command's "earnest goal," Abrams said, adding that it is the responsibility of the command to enforce the armistice until that goal is achieved.

Established in 1950 under a U.N. mandate in response to North Korea's military provocations, the U.S.-led UNC has played a role as the enforcer of the armistice agreement that halted the 1950-53 Korean War. The two Koreas are still technically at war, as the conflict ended in a truce, not a peace treaty.

"UNC's commitment to this goal, 67 years later, is unwavering," the U.S. general said. "Today we reaffirm our commitment to the principles that banded our forebears together."

Maj. Gen. Kang In-soon, the chief delegate of the UNC Military Armistice Commission (UNCMAC), said challenges remain in the journey to build peace on the peninsula, citing Pyongyang's recent destruction of the inter-Korean liaison office in the North's border town of Kaesong.

"But I am sure that this crisis and challenge will turn into an opportunity if we continue our efforts to build a lasting peace," he said, expressing gratitude to all members of the command for their efforts to enforce the armistice. 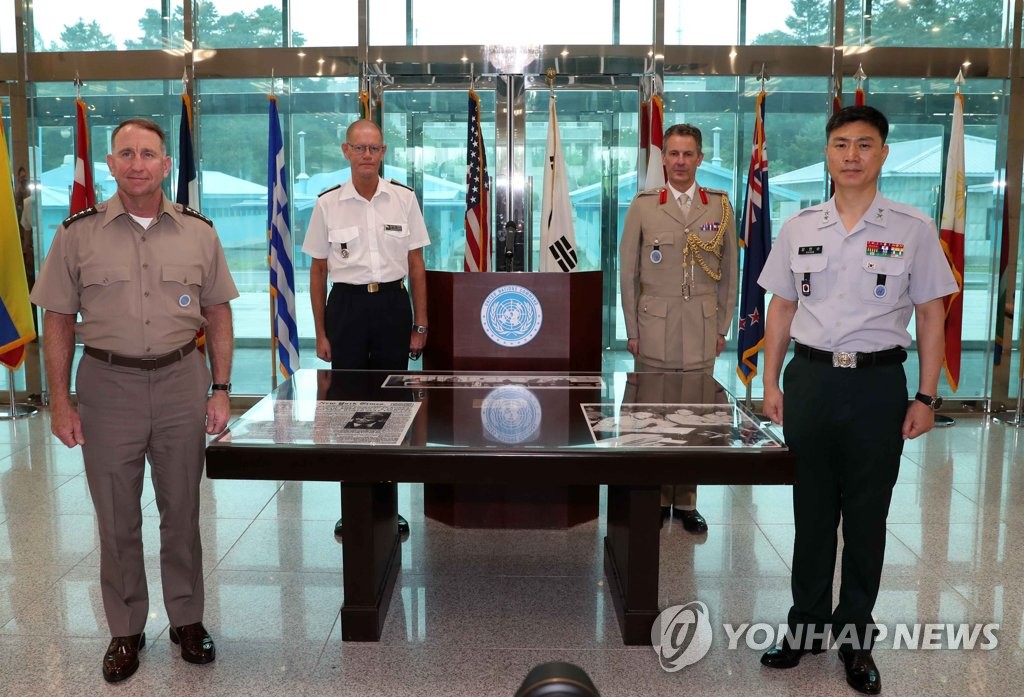