Five service personnel and three family members arrived at Osan Air Base in Pyeongtaek, some 70 kilometers south of Seoul, on U.S. government-chartered flights from the United States on July 14, 19, 20 and 22.

The remainder arrived at Incheon International Airport, west of Seoul, from their home country on separate commercial flights on July 22 and 24, according to USFK.

"All individuals were transferred to an isolation facility designated for confirmed COVID-19 cases at either Camp Humphreys or Osan Air Base upon testing positive," USFK said in a statement, adding thorough cleansing of places that they have visited has been completed.

The latest virus cases brought the total number of USFK-related infections to 123. Of them, 87 were reported in July, and all of them were newly arriving service members, dependents and others.

All USFK-affiliated individuals arriving in South Korea are required to undergo virus tests and are quarantined for 14 days. Medical personnel administer a second test prior to their release.

As the number of coronavirus infections has reached a fresh high in recent weeks across the globe, South Korea has seen a surge in imported cases.

On Monday, South Korea reported 25 new cases, including 16 cases from abroad, bringing the total caseload to 14,175, according to the Korea Centers for Disease Control and Prevention (KCDC). 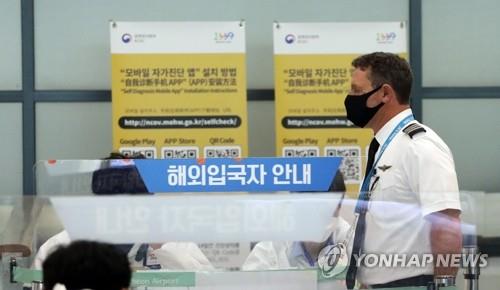