SEOUL, July 27 (Yonhap) -- Police confirmed Monday that the North Korean defector suspected to have fled back to the North last week arrived at the South Korean border area on July 18 by taxi.

North Korea said Sunday a person who may have been infected with the coronavirus returned to the border city of Kaesong on July 19, prompting the country to lock down the city and declare a state of emergency.

The 24-year-old man, identified by his surname Kim, arrived at the border area of the western island of Gwanghwa, about 60 kilometers west of Seoul, by taxi in the early hours of July 18, the Gyeonggi Nambu Provincial Police Agency said. Police found his bag around the place where he got off the taxi.

He also traveled to the island on July 17 using a fellow defector's car, they said.

Also on Monday, the Joint Chiefs of Staff said Kim likely swam across the border from Gwanghwa after he went through a drainage ditch under barbed wire fences. 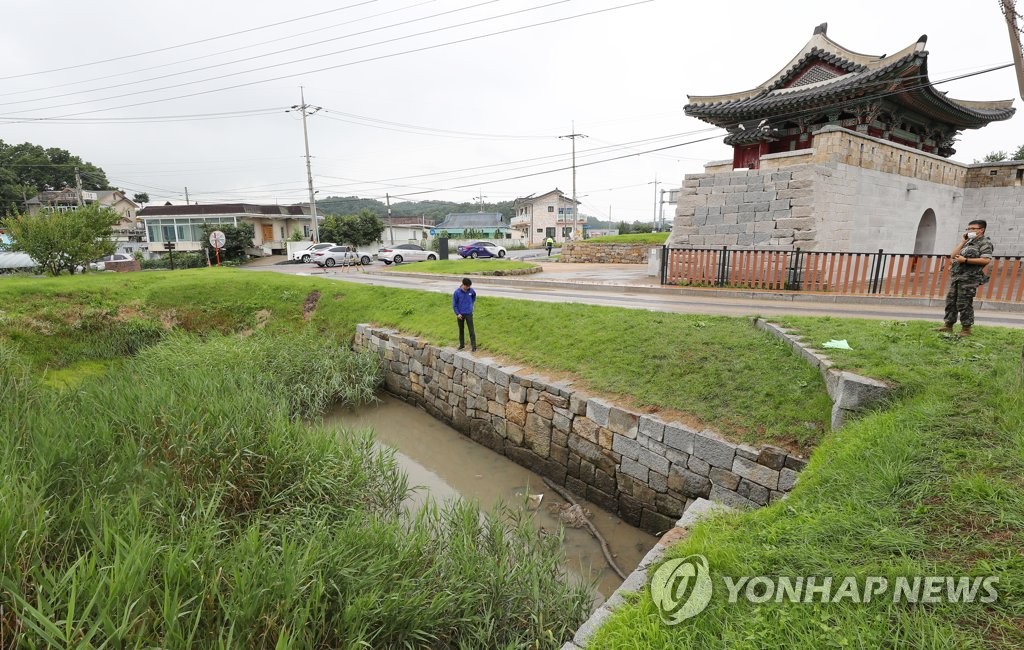 In 2017, he fled to South Korea by swimming to the island of Gyodong near Ganghwa .

Kim was under probe in South Korea for allegedly raping a woman at his home in Gimpo, west of Seoul, on June 12.

Police booked him after an inquiry and an arrest warrant was issued earlier this month.

"The suspect claimed he was drunk at that time and can't remember what happened, but his DNA was detected (from the victim's body), and we were probing him with strong suspicion," an official from the agency said.

The woman who lent Kim the car said she tipped police off on July 19 about Kim's plan to flee to the North but police disregarded it.

Police denied her claim, saying she only reported Kim had not returned her car and that she never mentioned Kim's plan to cross the border.

Police imposed an overseas travel ban on Kim on July 20. Police plan to form an inspection team to look into whether officers properly handled the rape case involving Kim and the alleged tip-off about his escape.
(END)

Defector gets to border area by taxi before possibly fleeing to North: police

Defector gets to border area by taxi before possibly fleeing to North: police