SEOUL, July 29 (Yonhap) -- Goh Dong-wan, a 34-year-old office worker based in Seoul, had a plan to go to Europe for his honeymoon after his wedding on April 11.

But the once-in-a-lifetime trip, which he prepared last year, was scrapped as the novel coronavirus pandemic has disrupted overseas flights and prompted European countries to impose entry bans.

"My wife and I had anticipated having a glass of wine in Paris and watching Lionel Messi play at Camp Nou in Barcelona," he said. "But in March, our flight schedule was canceled. ... We decided to put it off to September as the epidemic was expected to ease in the fall at that time."

But he recently canceled the long-awaited plan as the world remains gripped by the COVID-19 pandemic. A growing number of countries across the globe have been experiencing a resurgence in daily new infections and deaths in July.

Instead, he chose to go to Jeju Island for his belated honeymoon in September, saying the southern resort island is the best alternative in terms of tourist attractions, quality hotels and other infrastructure. 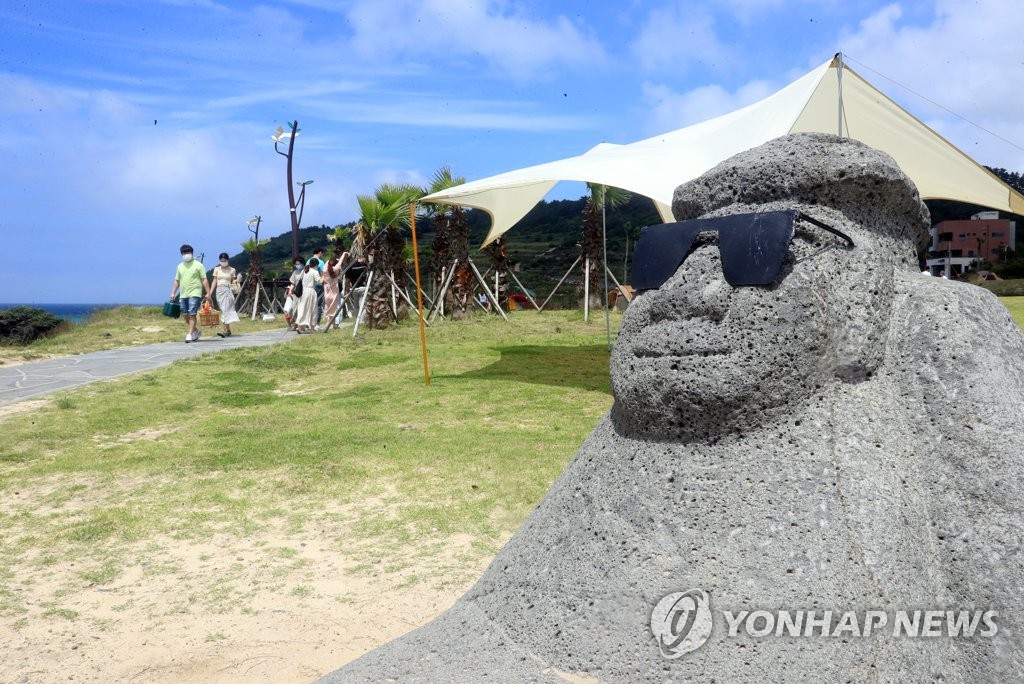 "Jeju was my last option for our honeymoon because I thought I could go there whenever I wanted," he said. "But as a plan B, Jeju looked better than other places for good restaurants and attractions."

The Gohs are not the only newlyweds to celebrate their marriage on the subtropical island amid the coronavirus pandemic.

To meet rising demand from such honeymooners, who replace their overseas trips with domestic ones, hotel operators in Jeju have come up with honeymoon packages in the spring-summer season.

Hotel Shilla, a hotel affiliate of Samsung Group, which has a branch in Jeju, put lush honeymoon deals on sale from March-June for the first time in seven years.

The packages, which cost around 1.1 million won (US$920) to 1.3 million won for one night, included an airport pickup service with a luxury sedan and a driver, and a photo session at a special wedding hall.

Its sales jumped four times in June from those in March, according to Hotel Shilla.

"As the COVID-19 pandemic continues, newlyweds are turning their eyes to Jeju Island," a Hotel Shilla Jeju official said. 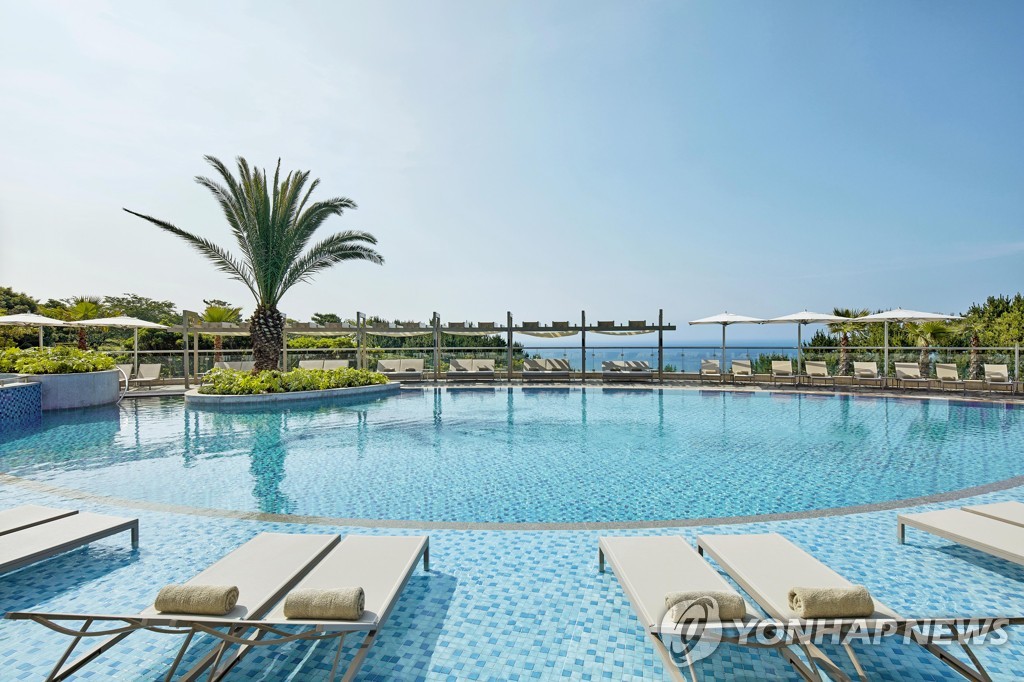 Other top-class hotels and resorts, including Lotte Hotel Jeju and Jeju Shinhwa World Marriott Resort, have also moved swiftly to take advantage of the rare opportunity to lure Korean honeymooners.

In the 1970s and 1980s, Jeju was a mecca for honeymoons for its relatively warm weather and exotic landscape. Taking wedding photos with the background of tropical plants and the volcanic Mount Halla was a dream for would-be brides and grooms.

But since the South Korean government lifted the overseas travel ban in 1989, its fame as a honeymoon spot has been upstaged by overseas tropical islands like the Maldives and Hawaii, coinciding with the emergence of low-budget air carriers. 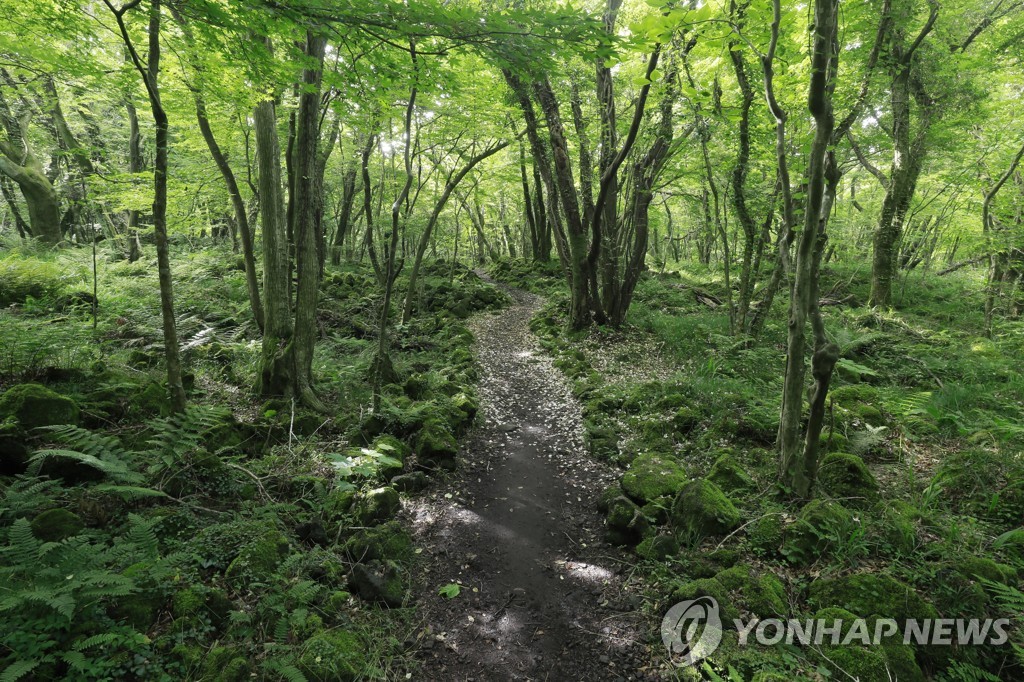 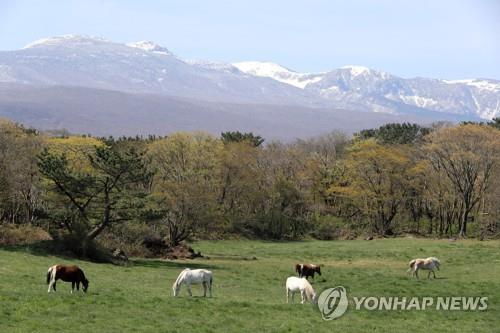 And it has partly gained an image of an old-fashioned place for seniors who miss their past days and families with kids who have difficulties in taking long-distance flights. Young people think Jeju is clean and quiet but too boring to spend a long vacation there.

The vacancy was filled with foreign tourists mostly from China, Japan and Southeast Asia.

In 2016, 3.6 million foreigners, including 3 million Chinese, came to the volcanic island, which recorded 12.3 million domestic and international visitors for the whole year, according to statistics by the Jeju Tourism Association (JTA). 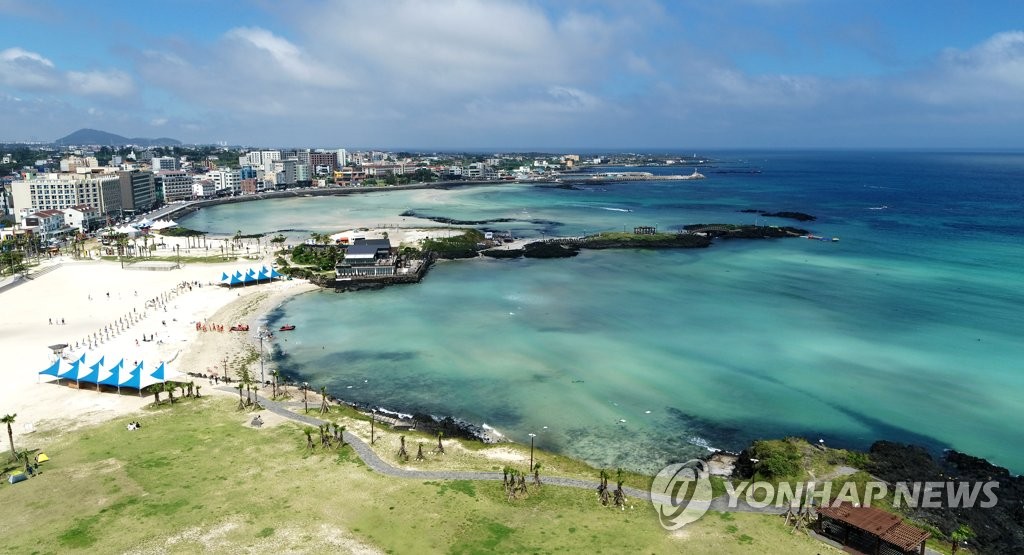 However, the trend seems to be changing as it is impossible for nearly all tourist destinations across the world to accept foreigners due to the coronavirus outbreak that began late last year.

According to data from the Korea Tourism Organization, zero foreigners arrived at Jeju International Airport in April and May.

Separate JTA data showed that some 1.3 million South Korean nationals visited Jeju Island over the two-month period, down 50 percent from a year ago. 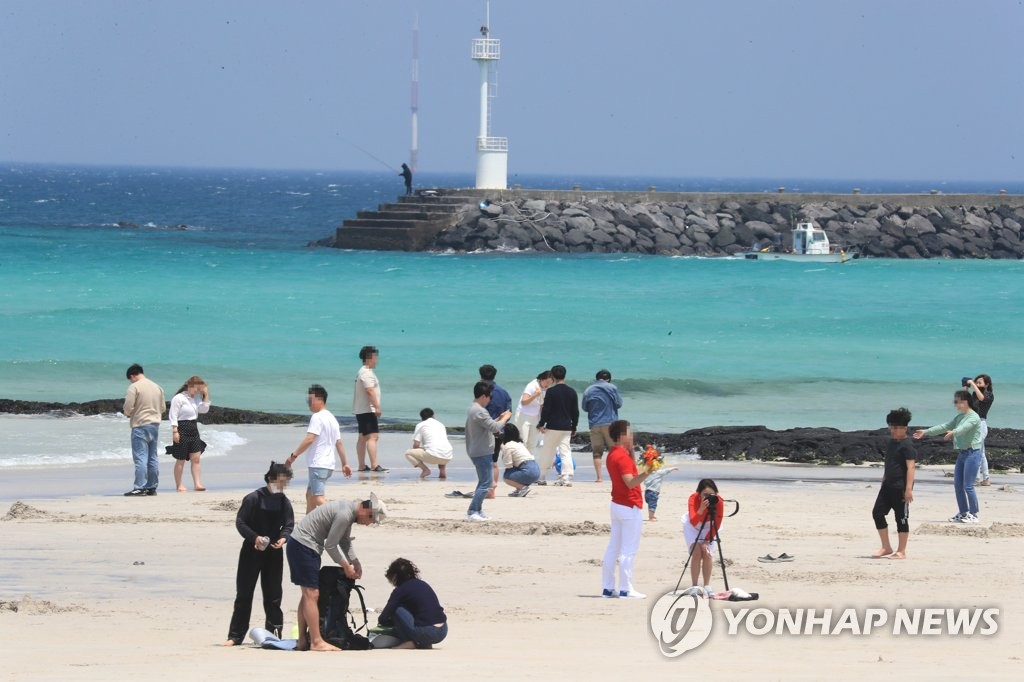 Insiders said the return of honeymoon tourists to Jeju is not a fluke stemming from the unprecedented epidemic.

"For the past decades, Jeju Island has been known as a boring tourist destination just for seniors and families," said Gang Dae-hoon from the Jeju Tourism Organization (JTO) run by the local government. "Jeju now has many places to see, eat and enjoy, targeting young individual travelers and honeymooners."

He said the island has made constant efforts to wipe out the old image and win the hearts of young Koreans who seek happening places with gusto like fancy coffee shops, bakeries and restaurants, as well as activities that include hiking, sailing, diving and surfing. 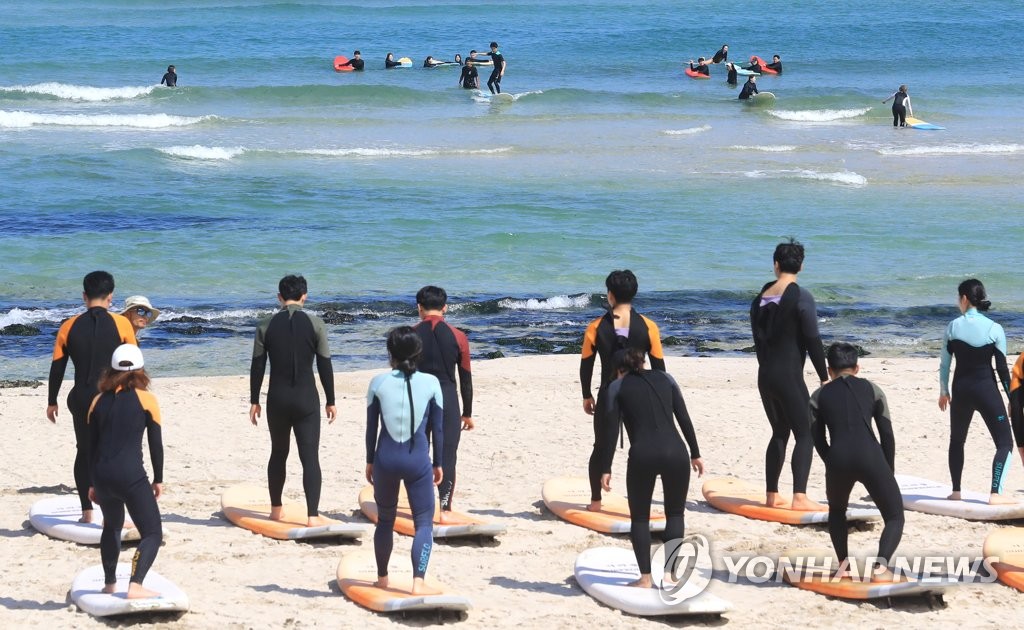 In a JTO survey in 2019, 69.6 percent of Jeju visitors had already been to the island, of which 70 percent and 52 percent of tourists enjoyed culinary tours and trekking in Jeju, respectively.

"Jeju still has many undiscovered places to go and things to do, offering a wider tourism portfolio to visitors," the JTO official said. "Our yearslong efforts to diversify tourist content and the current situation create synergy to prove that Jeju is worth visiting." 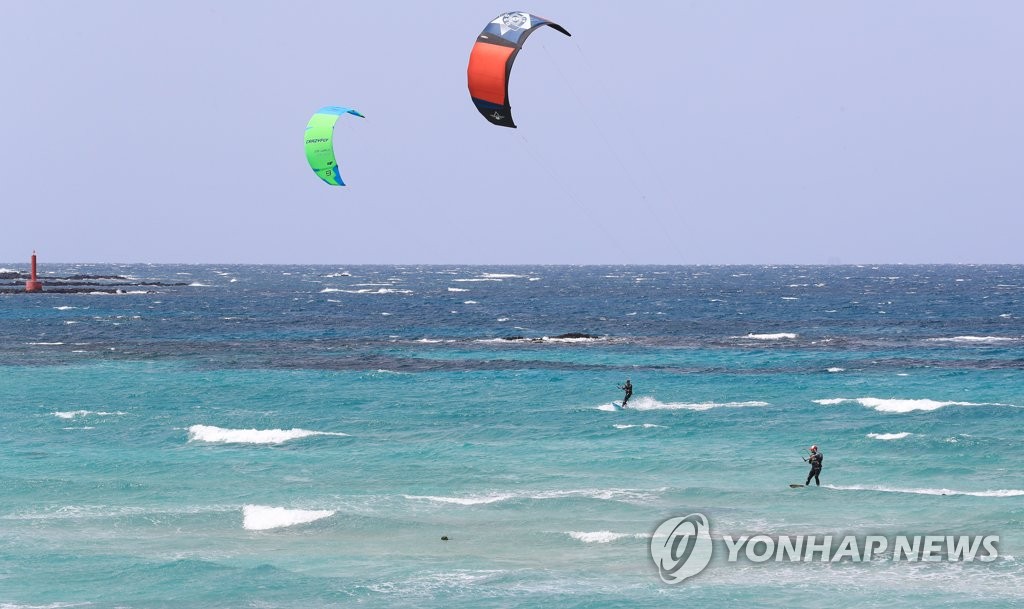