Kim made the remark during a speech at a national conference of veterans held Monday to commemorate the 67th anniversary of the end of the three-year conflict, according to the Korean Central News Agency.

The Korean War ended in an armistice signed on July 27, 1953, which leaves South and North Korea technically in a state of war. The North calls the war the Fatherland Liberation War and designated the armistice signing date as Victory Day.

"Thanks to our reliable and effective self-defense war deterrence, there will no longer be war on this land and our national security and future will be firmly guaranteed permanently," Kim was quoted as saying by the KCNA.

"Bearing in mind that we should have a strong power to safeguard the fate of our country and people, we will never stop honing the most powerful national defense capacity that cannot be matched by anyone else," he added.

Kim said that fierce struggles with enemies have continued since the Korean War and that pressure from imperialists has also increased, apparently referring to the United States against which it fought during the war.

He added that the pressure was the reason why the North had sought nuclear programs that he believes now help his country defend itself against outside threats.

"We have become a country that can strongly and reliably protect ourselves against any type of high-intensity pressure and military threats and blackmail," Kim said. "War is a military conflict with somebody who can be matchable. Now nobody can underestimate us anymore. If so, it will have to pay prices dearly."

This marked the first time since 2015 that Kim delivered a speech at the conference of war veterans.

Observers say this year's event was aimed at tightening internal unity in the face of deepening economic fallout from the global coronavirus pandemic and crippling global sanctions that have been hurting North Korea's already frail economy.

The latest conference was also held as denuclearization negotiations between North Korea and the U.S. have remained stalled since a no-deal summit in February last year. The two sides failed to find common ground on how to match Pyongyang's denuclearization steps with Washington's concessions.

Since the summit breakdown, the North has urged stepped-up efforts for self-reliance in every field, including military capacity, as it is bracing for a long-haul fight against the U.S.'s pressure and sanctions.

State media reported that fireworks were displayed in central Pyongyang to celebrate the anniversary of the end of the war and lots of people gathered to watch the events. 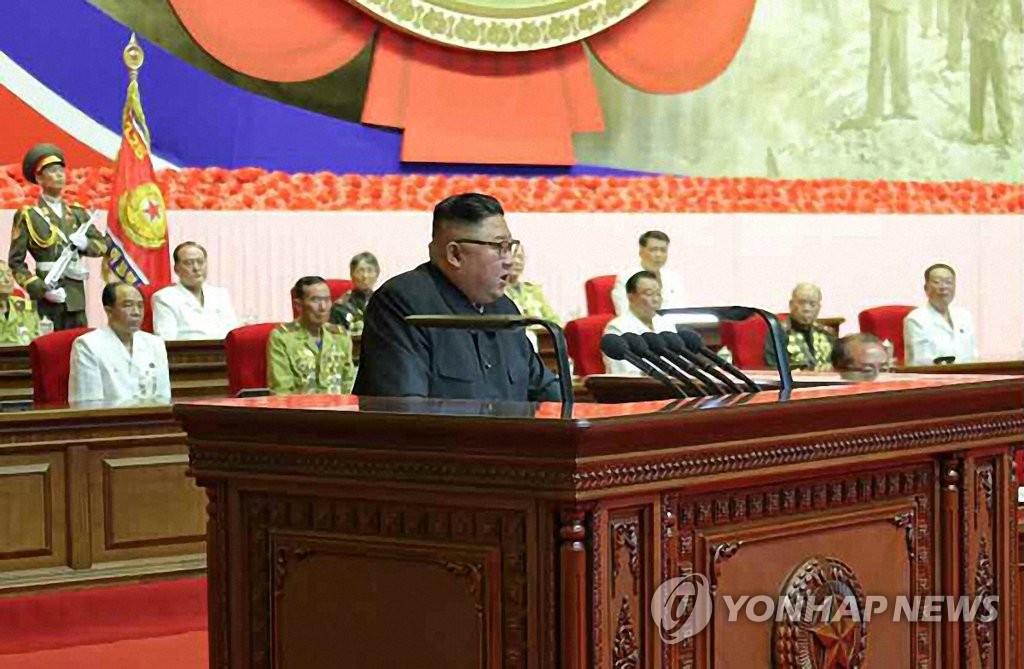