SEOUL, July 28 (Yonhap) -- South Korea's exports are expected to fall 9 percent on-year in July, possibly extending a slump to the fifth consecutive month, a poll showed Tuesday, but their pace of decline is predicted to slow on the back of economic reopenings.

The country's outbound shipments are estimated at US$41.8 billion this month, compared with $46.14 billion from a year earlier, according to the poll by Yonhap Infomax, the financial news arm of Yonhap News Agency. The survey was conducted on nine local brokerage houses.

Imports were estimated to reach $39 billion, resulting in a trade surplus of $2.8 billion.

Exports plunged 25.5 percent in April and 23.6 percent in May as major trade partners closed their borders amid the COVID-19 pandemic.

South Korea's exports fell 10.9 percent in June, marking the fourth consecutive month of decline, although the pace slowed after leading economies around the globe slowly began to resume business activities. 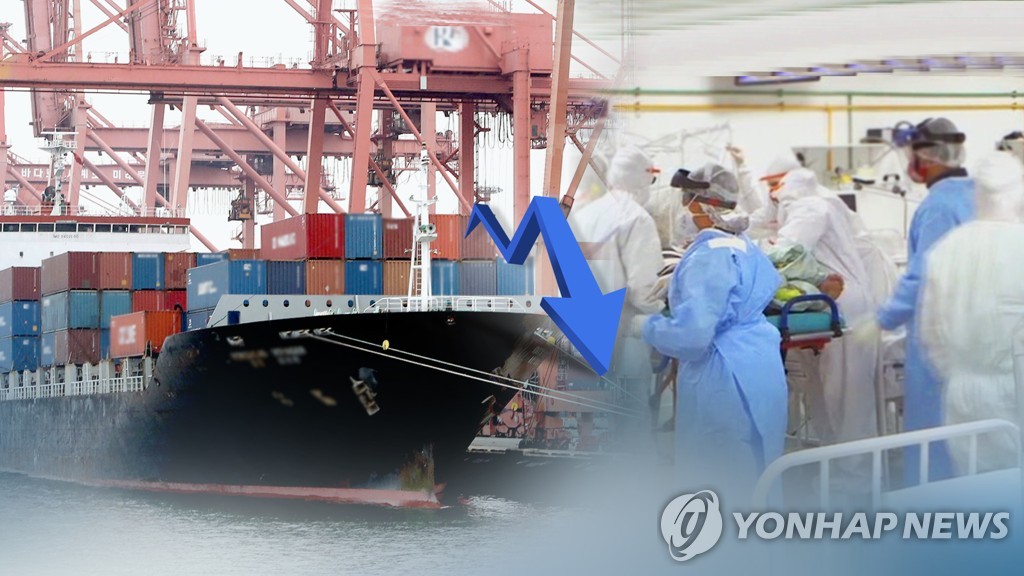 By segment, exports of chips, the mainstay export item, were tipped to decrease 1.7 percent on-year this month. In June, outbound shipments of chips remained nearly unchanged from the previous year at $8.3 billion, accounting for roughly 21 percent of the total exports.

With the virus pandemic weighing on global demand, exports of automobiles are predicted to have dropped 14 percent last month, according to the poll.

Exports of petroleum products are estimated to fall 41.6 percent this month on weak oil prices.

Overseas sales of ships, on the other hand, are anticipated to increase 48.1 percent, with the rising number of employees working from home amid the pandemic also pushing up exports of computers by 56.9 percent as well.

Experts said South Korea's exports will recover gradually over the second half of 2020, but there will be no full-tilt rebound until the global supply chain is normalized.

The country will release its official export data for July on Saturday.