ROME, July 28 (Yonhap) -- A bimonthly magazine dedicated to all things related to K-pop giant BTS has been launched in Italy, in a reflection of the band's growing popularity, according to the publisher Monday.

Italian publishing house Sprea S.p.A launched the magazine, BTS, last month, with the full-color launch edition consisting of some 80 pages featuring photos and articles on their past activities.

Found in 1993, Sprea publishes some 50 magazines on a wide range of topics from music, science, animals and travel. The company's combined circulation reportedly stands at around 18 million. 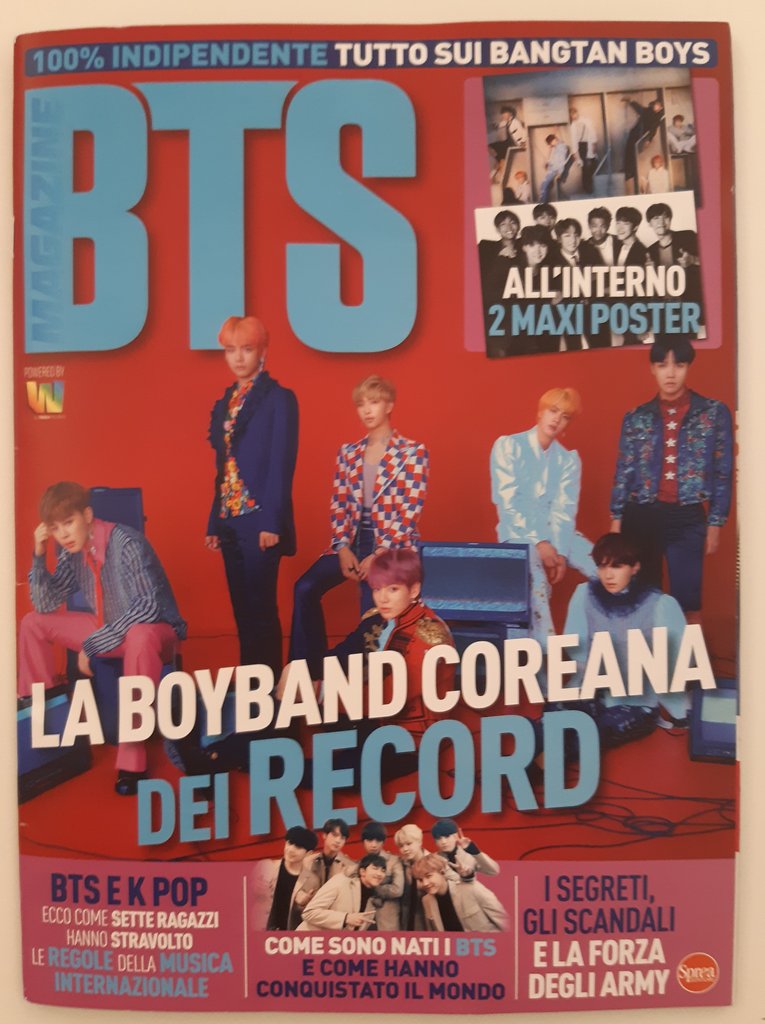 "BTS has achieved great success in Italy. We believe the number of ARMY in Italy reaches somewhere in the tens of thousands," a representative at Sprea told Yonhap News Agency. ARMY is a term used to describe the K-pop group's global fan base.

The magazine is posed to meet fans' growing demand for news and collectibles related to their favorite K-pop idol band, the Sprea representative added.

A representative at the Korean Cultural Center in Italy said that the center will review ways to cooperate with Sprea. The center has been approached by Sprea for potential future cooperation.

"We plan to review areas of cooperation with the potential for promoting 'hallyu' or Korean culture at-large," the representative said. Hallyu refers to the Korean wave of popular culture. 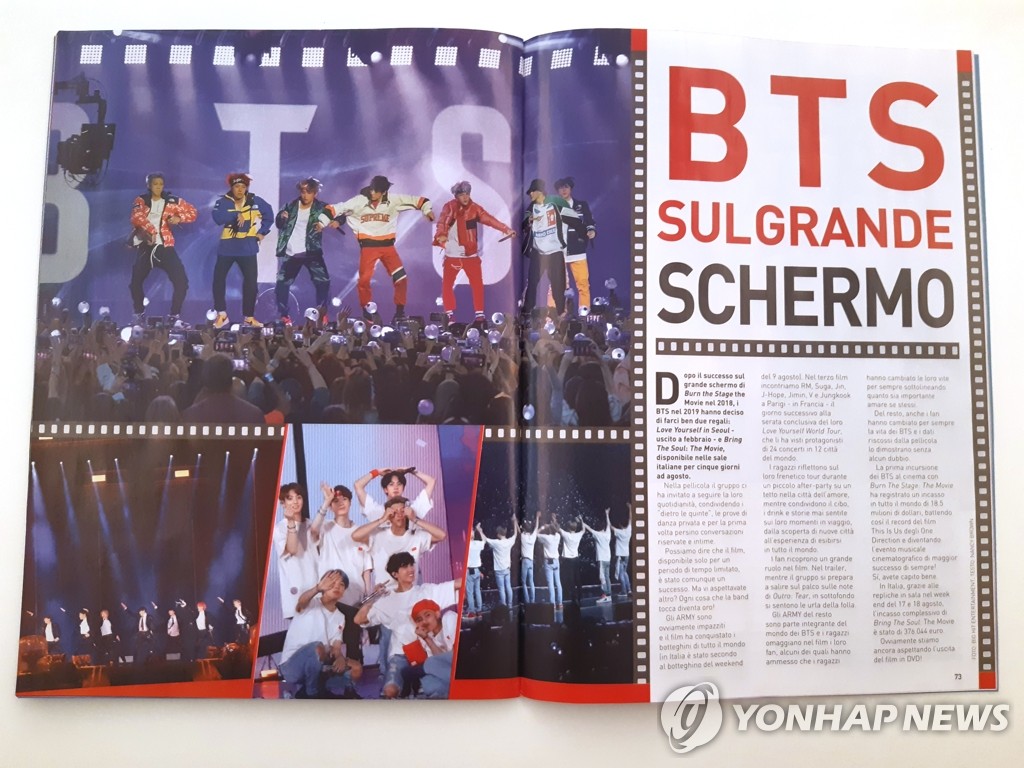