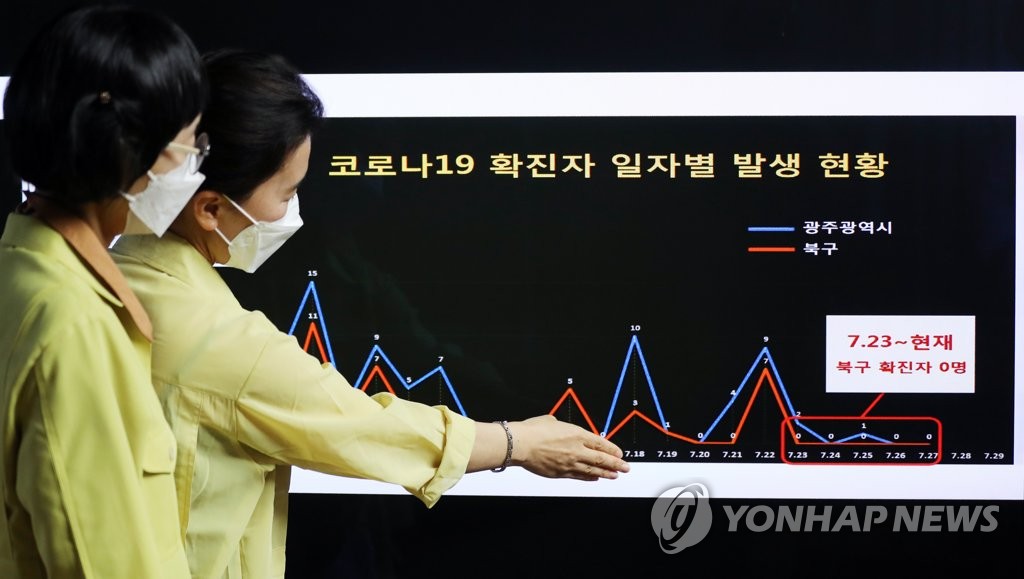 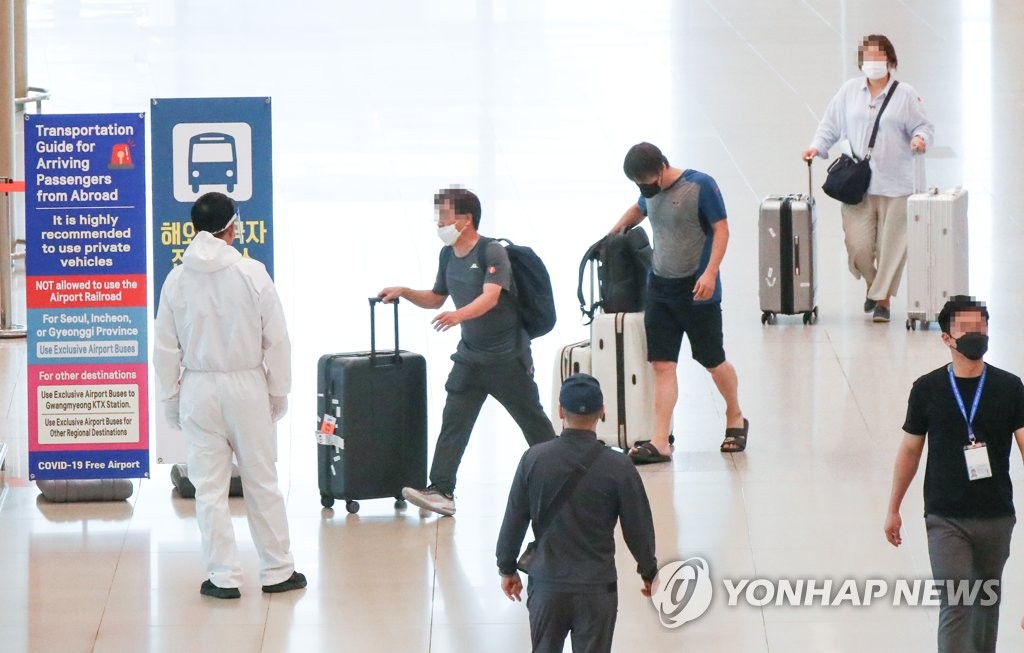 Health authorities have been keeping a watchful eye on cases tied to Russian sailors that led to domestic infections. A total of 10 locally transmitted cases traced to a Russian ship have been identified so far.

South Korean authorities, meanwhile, are currently tracing the whereabouts of three Vietnamese nationals who escaped from a quarantine facility located in Gimpo, just west of Seoul, on Monday. The three arrived in the country on July 20 and did not test positive for COVID-19.

The country currently puts all arrivals, including South Korean nationals, under a two-week quarantine.

Health authorities said they plan to enhance security at such residential centers to better monitor those who are under quarantine.

"South Korea is currently suffering a double whammy of imported cases and domestic infections. Although the figures slightly decreased over two days, we cannot still be at ease," KCDC Director Jeong Eun-kyeong said in a briefing.

"When South Korea suffered cluster infections from the nightlife district of Itaewon, it took roughly two months to put situations under control in greater Seoul," Jeong added, pointing out that people should follow sanitary guidelines during the summer vacation season.

The rate reached 24.79 percent for patients in their 80s and above. So far, there have been no deaths among patients aged 29 and below.

Since May, the number of patients aged from three to 18 came to 111, with more than 60 percent of them contracting the virus from their family members.

Only one case was traced to a school. The country, which normally starts the new semester in March, began offline classes in June with partial reopenings.